Burglars struck a dry-goods store on Main Street in Fishkill Landing at 1 a.m. on a Thursday morning by forcing open a pair of iron shutters in the rear of the building. They took silk, white goods, empress clothes, bundles and piles of shawls and merinos, but ignored the paisley shawls, gloves and laces. They stole a horse and wagon from a barn owned by Henry Hustis to escape with the haul.

Hours before, Sydney Albert Jaycox, an African American hostler [someone who cared for the horses of visitors to an inn] employed by Hustis, had been found in the road with his throat cut. It was supposed he was killed by the thieves, but a doctor called to the scene said the wound was self-inflicted. Jaycox’s sister said she and her husband discovered her brother in the road at 10:30 p.m. on Wednesday after they heard a heavy thud. The doctor concluded Jaycox had stabbed himself with a pen knife — which was found about 20 feet away — because of despondency and poor health.

William Palmer, the general freight agent of the New England Railroad, entered a room at the Fishkill Landing station to discover three masked men attempting to blow open the safe, which contained $5,000. The men fled after Palmer struck one of them over the head with a lantern.

On appeal, Judge Guernsey reduced the fines assessed on two men caught months earlier painting an advertisement on the rocks along the Hudson River near Fishkill Landing from $35 to $5, ruling them excessive.

A jury in Pennsylvania awarded the First National Bank of Fishkill Landing $743.31 after it sued the Auburn Wagon Co. for an unpaid loan.

Abram Acroyt, 70, who worked for years at the Groveville carpet mill at Matteawan [now The Lofts at Beacon] until poor health made him a pauper, learned that an aunt who died in England left him $15,000 [about $465,000 today]. A lawyer for the estate visited the county poorhouse at Oak Summit, near Millbrook, to tell him. 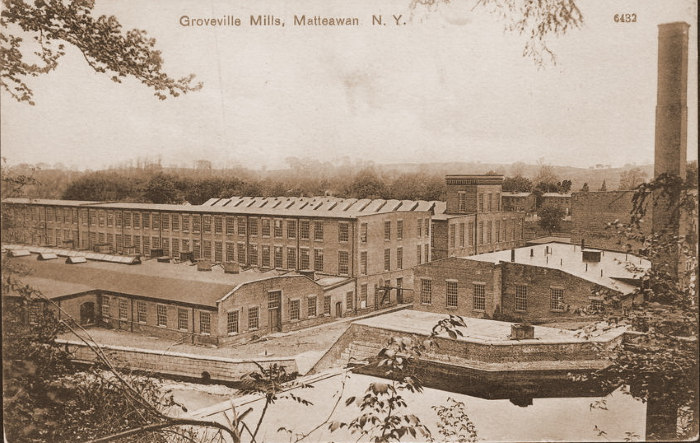 Officials at the Matteawan Asylum for Insane Criminals thwarted an escape by three inmates when one lost his nerve and alerted the warden. The men had bribed a guard, John Brown, who passed instructions to accomplices who attached a wrench, a bar spreader and a .22-caliber revolver to a rope lowered from a cell window. The plan was to kill the first guard they saw and take his keys, but Frank McGuire claimed he balked at killing anyone and assisted with a sting to implicate Brown. A grand jury recommended that McGuire be pardoned.

A valuable foxhound owned by R.S. Hudson of Matteawan, while on the trail of a fox through the Highlands, was shot dead by a farmer who thought it had rabies.

Frank L. Greene, identified as a “principal from Matteawan,” was quoted in a newspaper ad endorsing Booth’s Hyomei Pocket Inhaler, an “Australian ‘dry-air’ treatment” for catarrh, bronchitis, asthma, hay fever and whooping cough. [A federal investigation in 1934, following the passage of the Food and Drugs Act, found that the liquid placed in the inhaler was 70 percent eucalyptus oil and 30 percent alcohol and mineral oil.] 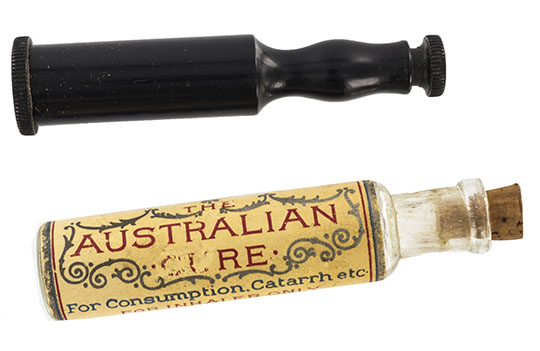 The Beacon High School basketball team won a thriller at Raymond Riordan School in Poughkeepsie, 12-11, with a basket in the last minute.

A jury convicted a piano tuner who was accused of attempting to molest an 11-year-old boy inside the State moving picture theater. The boy could not identify the man by name so a “John Doe” warrant was issued. In his instructions to the jury, the judge said that “it is apparent that he is a bright boy, and from the evidence he attends school and Sunday school.”

Thieves stole $1,800 in cash and jewelry from the South Avenue home of Mayor Samuel Beskin.

Employees in the blocking, pressing and finishing departments of the Endel & Peles straw hat factory were informed their wages would be cut by 2 to 7 percent because the firm had lowered its prices.

Two pedestrians struck by a car being towed by John Gantvoort, the president of the National Oven Co., and steered by his 14-year-old son, sued the Glenham resident for $75,000 and $10,000, respectively.

Mayor-elect J. Lewis Bolton said he and the new City Council would visit the Cargill and Melzingah reservoirs to get firsthand information about the water supply.

Officials with the New York Rubber Corp. denied rumors that it planned to transfer its Beacon workers to Middletown.

Fifty members of the Poughkeepsie chapter of the Hudson Valley Thendera Association of the Degree of Pocahontas met in Beacon. [The group is the auxiliary of the Improved Order of Red Men, a patriotic fraternal order.]

The Dutchess County prosecutor said the slot machines, crap tables, horserace track forms, card tables, electric fans, desks and lighting fixtures stored at the jail since being seized in raids in Poughkeepsie and Beacon in 1944 would be disposed of.

A 65-year-old boarder at the Dillon house was found dead in the bottom of a grease pit at Sorenson’s service station on Main Street. For reasons unknown, he entered the garage when it was closed and apparently fell when he attempted to descend the slippery steps into the pit.

The state Court of Appeals ruled, 4-2, that Beacon did not have to pay a $27,900 claim by residents who said the chicken house and machinery at their Washington Street property had been destroyed by fire because of poor water pressure. The court said that while the city had a public duty to maintain a fire department, it had no legal obligation to quench every fire.

A state appeals court also upheld the dismissal of a $20,000 lawsuit filed on behalf of an infant boy injured when he fell through a grate on Main Street, saying that the city was protected by a local law that required written notice of dangerous conditions before it could be held liable for injuries.

A 10-mile ski trail from the summit of Mount Beacon to Neville’s Mountainside farm, built over 18 months, was expected to open by year’s end. The incline cars would bring skiers to the top, and there would be a jump constructed on the old motorcycle climb course.

A 30-year-old man who lived on Ferry Street was charged with hitting his stepmother over the head with a stool and in the face with a beer bottle. However, after an investigation, the district attorney dismissed the charges.

The Kiwanis club raised $2,000 at its annual minstrel show.

George Tocci, 71, a barber on Main Street, died after being found in the snow with a head wound. He told a police officer he had fallen in the road and been hit and dragged about 12 feet by a car that left the scene. An Italian immigrant, Tucci had lived in Beacon for 40 years.

Mayor Robert Cahill said he was “not seeking” the Democratic nomination for Dutchess County executive. Asked if he wasn’t interested in the job, he replied: “That’s not what I said.”

More than 100 people attended a meeting of the Beacon school board to protest its sudden dismissal, without explanation, of a physical education teacher.

The Beacon City Council waited for the results of civil service exams taken by three candidates for the police chief position, including the acting chief and two officers. Chief Samuel Wood planned to retire after 33 years on the force.

Pete Seeger gave a lecture and performance at Vassar College titled “Music Can Save the World — Maybe.”

An 18-year-old Poughkeepsie man was sentenced to up to nine years in prison for robbing a 12-year-old Beacon boy at gunpoint of his radio.

The state Bridge Authority raised the speed limit on the Newburgh-Beacon Bridge from 40 mph to 55 mph. It also installed three automatic toll machines.

A car fleeing a Town of Newburgh police officer hit a concrete toll booth on the Newburgh-Beacon Bridge, killing the driver and a passenger. The officer tried to pull the car over on Route 9W because its headlights were off. The driver, 13, was a student and star athlete at Rombout Middle School and the passenger was a freshman at Beacon High School. A second passenger, 15, survived. The driver had taken his mother’s car.