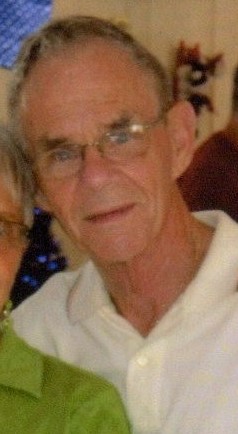 Jack, also known as “Poppy,” was born in Beacon on Oct. 4, 1934, the son of Arthur and Gladys (Suza) Bolander. He served with the U.S. Army in Fayetteville, North Carolina, and became a paratrooper with the 82nd Airborne. Following his military service, he worked at the Texaco Research Center in Glenham before becoming a math teacher in Highland Falls and Newtown, Connecticut, until his retirement.

Jack and his wife, the former Fran (DeAgostino) Butler, enjoyed the winter months in Naples, Florida, for 20 years, where they made many friends. Jack enjoyed building and flying small planes and boats on their lake in Naples. He also was active in three churches: St. Luke’s Church and Christ Church United Methodist in Beacon, and a church in Naples.

Besides his wife, he is survived by his sons, John Bolander and Jeffery Bolander of Buford, Georgia; four stepsons, Stephen Butler (Kathleen) of Virginia, Bobby Butler (Diane) of Beacon, Gary Butler (Debbie) of Beacon and Christopher Butler of Beacon; his grandchildren, Eric, Shane and Jena Butler, Nicole Butler Winchell and Amber Butler, Cory, and Brad Butler; and four great-grandchildren.

A private service will be held at Christ Church United Methodist. Memorial donations may be made to the church at 51 Violet Drive, Beacon, NY 12508. 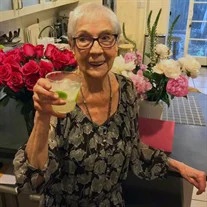 Ruth F. Duda, 87, a resident of Beacon and formerly of Madeira Beach, Florida, died on Dec. 16 at her home.

Ruth was born June 4, 1933, in Sao Paulo, Brazil, the daughter of Paulo and Carmela (Capputo) Frederico. After completing high school, Ruth attended secretarial school in Brazil. On Sept. 25, 1956, she married Vaclav Duda, who died in 2015. Ruth worked as a department manager for Baxter Healthcare in Florida for more than 20 years.

Ruth is survived by her daughter, Jana Duda (John Nickle); her granddaughter, Brianna Duda; and her sister, Ivone Petrazelka. Her husband, son and eight siblings died before her. A memorial service will be held in Florida at a later date. 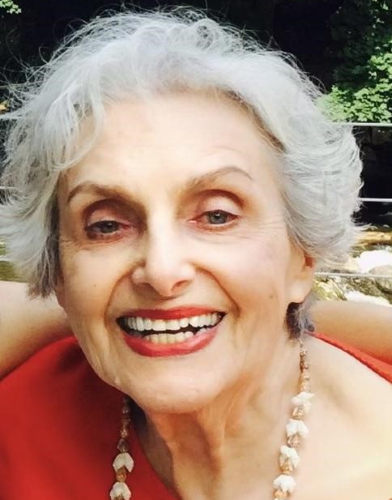 Patricia Joan Fox, 92, of Beacon, died Dec. 13 following complications from a fall at her home earlier in the day.

She was born in Chicago on Oct. 13, 1928, the daughter of Adolph and Cecile Silvers. Her father owned an ice-cream store, which he named Princess Pat, where she worked after school. As a 16-year-old student journalist, she interviewed Benny Goodman and remained a lifelong jazz fan.

In the 1940s, Pat joined the Congress of Racial Equality and worked to end restaurant segregation. She moved to Manhattan to become an actress and performed under the name Pat Sherwood.

Pat met her future husband, Jonathan Fox, while working at Longchamps restaurant in the theater district, They had three children and moved to Ardsley, where the city girl learned to drive. She pursued her theater interest with The Fort Hill Players in White Plains beginning in 1972, volunteering backstage when not acting. The couple separated in 1975.

Pat treasured her independence and, at age 92, was living on her own, cooking and taking care of herself until the day she fell. She had retired from Thomson/West publishing in Mount Kisco in 1996.

Pat loved to travel, visiting China and Europe. She was an expert at the New York Times crossword puzzle, Scrabble and sudoku. She joined the County Players when she moved to Beacon to be near her daughter. Although farther from the city, Pat maintained subscriptions to many Broadway theaters and was a regular until the rigors of the trip became too much.

Pat loved Beacon and the Hudson Valley, her family said. She was a great listener, funny and smart and much loved.

She is survived by her children, Vicki Fox of Beacon, Chris Fox of Chappaqua and Douglas Fox of Santa Cruz, California; and her grandchildren, Dylan, Natalie and Alexa.

A graveside service was held on Dec. 18 at the Sharon Gardens Cemetery in Valhalla. Memorial donations may be made to a human rights or animal rights charity of choice.

Joseph S. Mordas, 94, a longtime Beacon resident and teacher and coach for the Beacon school district, died Dec. 9 at his home.

He was born on Nov. 26, 1926, in Port Jervis, the son of Andrew and Anna (Krawiec) Mordas. He graduated from Beacon High School in 1944 and that same year enlisted in the U.S. Army Air Corps. After his discharge in November 1945, he earned a bachelor’s degree and two master’s degrees from New York University.

Joseph was an educator for nearly 30 years and taught math and later was a guidance counselor at Beacon High School. He also coached boys’ basketball and cross country and was inducted into the Beacon City School District Athletic Hall of Fame in 1998, its inaugural year.

He loved the game of tennis, which he played regularly into his 80s with his wife Lillian and their friends. He was an avid gardener and traveled the world in his retirement, his family said.

In addition to his wife of 68 years, Joseph is survived by his daughters, Deborah Sheers (James) and Lynn Mordas; his grandchildren, Joanna Seidenstein (Marc), Matthew Sheers (Laura) and Laura Mordas-Schenkein (Dan Hansen); and his great-grandchildren, Owen Sheers, Evelyn Seidenstein and Siena Sheers.

He was born in Beacon on Sept. 14, 1949, the son of Norris and Frances (Kochay Sugg). After graduating from Beacon High School, he earned an associate’s degree at Mohawk Valley Community College and served in the U.S. Army during the Vietnam War. He spent his career at IBM, working at the Poughkeepsie and East Fishkill plants for 25 years.

In his youth, he was an exceptional football player and artist, his family said. His home was decorated with his paintings, and he never missed an opportunity to watch a football game on TV.

A Mass of Christian Burial was held on Dec. 18 at St. Mary’s Church in Wappingers Falls, followed by interment with military honors at St. Joachim Cemetery in Beacon.