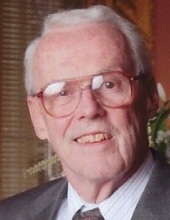 Dr. Frank Thatcher Bumpus, 98, of Cold Spring, died on Dec. 18 at his home due to complications of Alzheimer’s. His friends Vinny Tamagna, Joseph Cook and Glonise Dutton were with him.

Frank was born on April 28, 1922, in Rochester, Minnesota, the son of Dr. Hermon and Helen Norton (McBurnie) Bumpus. His longtime partner, Lucio Petrocelli, died in 2004.

His own education was interrupted in 1942, during his final semester at Harvard University, when he enlisted in the U.S. Army Air Corps in 1942. He trained as a bombardier and a navigator and was commissioned as a second lieutenant in 1943. From 1944 to 1945, he flew 43 combat missions over France and Germany as a member of the 410th Bombardment Group of the Ninth Air Force.

He was awarded seven Air Medals for meritorious achievement in flight and the Distinguished Flying Cross. After his discharge from the U.S. Army as a captain, Frank graduated from the University of California at Berkeley and from the Tufts University Medical School as a doctor of radiology. He practiced at Memorial Hospital (now Sloan Kettering) in New York City for more than a decade.

His philanthropic contributions span both coasts, and he devoted his life to good works at the Florida Memorial Hospital in Key West and the Customs House that operates in partnership with the Trust for Public Land and the Key West Art & Historical Society.

A memorial service will be streamed via the White, Venuto & Morrill Funeral Home at 3 p.m. on Dec. 29. Memorial donations may be made to the Hudson River Valley Institute, 3399 North Road, Poughkeepsie NY 12601.