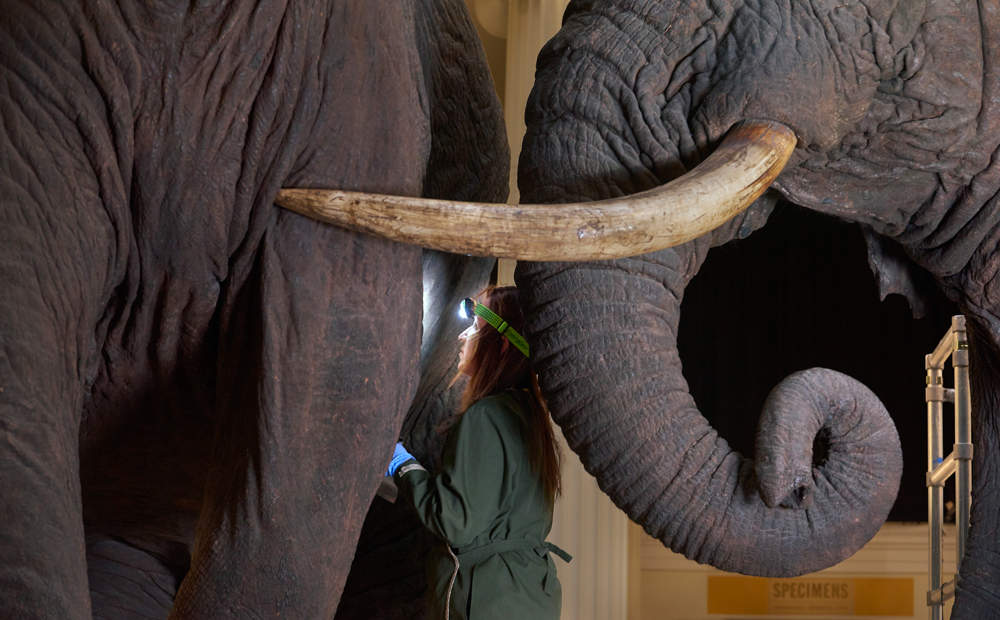 Eugenie Milroy, who lives in Cold Spring, is a conservator and collections manager. She spoke with Alison Rooney.

How did you first learn of the conservation field?

I was lucky. I was an art history major at Barnard, where I focused mostly on medieval work, and did a semester in Paris and Burgundy, which was cool. But as graduation got closer, I started thinking about what I would do with an art history degree. I’d done internships in art galleries, but it felt too much about the money.

This was before the internet, so I went to the career services office to research, and it was there that I found art conservation. It sounded perfect: hands-on, with a science component. But there was a long list of prerequisites for graduate school. This is actually something they’re working to change, to make the field more accessible, and there’s a clear lack of diversity in museum staff.

My adviser connected me with the head of the conservator program at New York University. I did internships for a few years, met people in the field, particularly in museums, and finally went to grad school at the NYU Conservation Center.

What exactly did you study?

My specialization was objects, which encompasses all sorts of 3D items, from archaeological collections to contemporary sculpture. You can specialize in a range of materials: paintings, paper, objects, photos, textiles. I did an internship at The Cloisters, where I worked on stoneware and wood, while at the same time I worked for a private conservator doing taxidermy on a collection damaged in a fire.

I’ve loved the spectrum of the job. For instance, while I was working on an object for the New York City Transit Museum, I was also working on a medieval polychrome sculpture. As a conservator, I never view utilitarian artifacts or other objects of cultural heritage as lesser than the fine art objects because they are all part of our collective material heritage. Conservators are trained to treat all objects in a collection with the same standard of care, regardless of financial value. 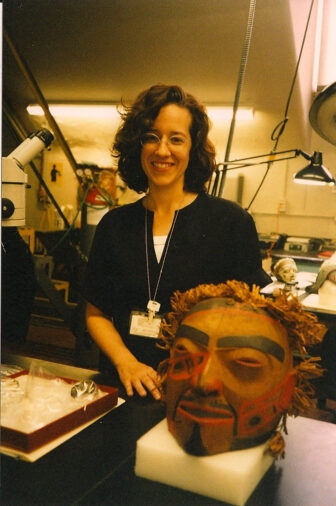 Your first job was at the American Museum of Natural History. What did you do?

There was an exhibit, Body Art: Marks of Identity, which featured everything from prison tattoos to linoleum that people in Africa use to make jewelry. I also re-shaped an Egyptian headpiece, did surveys of totem poles and worked on ephemeral paper pieces from Vietnam.

Do you work mostly behind the scenes?

Usually it’s in the museum. For the totem poles, I worked in situ in the hall and they closed off that section. For a diorama job at the State Museum of Pennsylvania, in the Mammal Hall, the exhibits were popular so they didn’t want to close it off. They were also aware that people are interested in the process, so they closed off half of each diorama and left openings so people could look in and see the work we were doing. Sometimes, teaching happens while we work. While we restored the elephants at The Field Museum in Chicago, educators talked to visitors about our work.

Each project seems so different. How do you educate yourself?

It’s learning about materials and their properties and knowing if something seems out of your depth. I’ve been in private practice since 2009, working with a partner, Rachael Perkins Arenstein — we’ll probably add a third person soon because we have more work than we can handle. Sometimes the work is collaborative. For example, for a project at Federal Hall in New York that involved documenting, cleaning and re-touching or repainting the interior architectural ironwork, including stair rails, balusters and doors, my partner and I worked with a painting conservator. In this case the object was the metal, which was painted over. At the State Museum of Pennsylvania, we worked with taxidermists. We team up.

Some conservators spend their career in one place. There are about 70 conservators at the Metropolitan Museum of Art. They become expert in the materials of one region, and sometimes a specific era within that region. With our practice, we only treat things we feel comfortable with. We’ve learned about materials — how they degrade, their properties — so it extends to a wide range. We also keep studying. For instance, I’ve done heritage and emergency response training, which connects first responders with cultural heritage. We learned about safety and triaging materials in the event of flooding, fire and other emergencies. We were able to put it into action quickly: There was a fire in January at the Museum of Chinese in America [in New York City], and we were able to go and get things safely off-site. 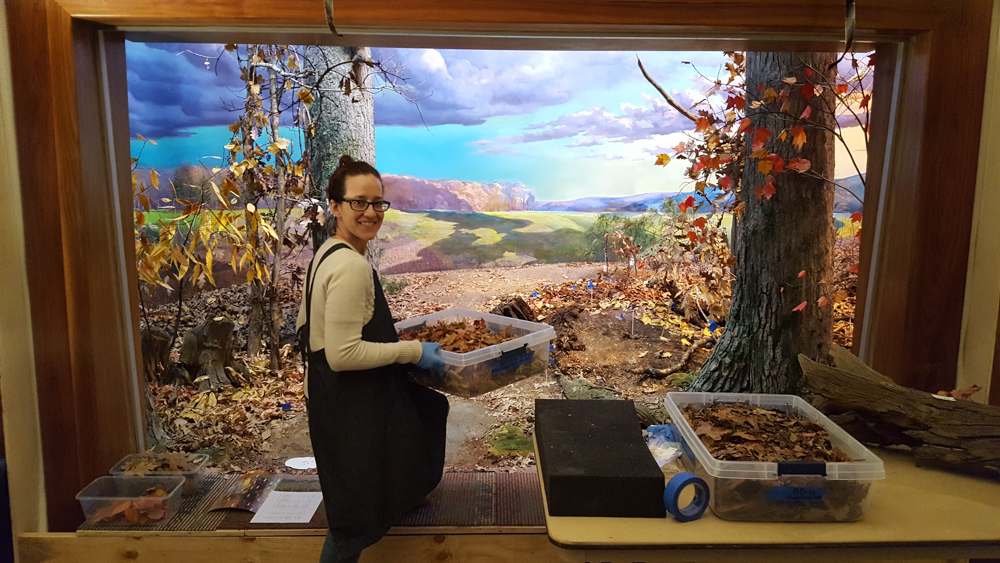 In a typical year — not this one, when everything has been postponed — Rachael and I work on maybe 20 projects. Some things are a couple of days, some go on for months. A lot of our work is documenting: writing reports, creating a trail so that in the future people know what we used, so things can be re-treatable. Now there’s much more of a focus on preservation: maintaining the correct environment, keeping pests away, prolonging the life of the object. We aren’t the last word, though, and what we do shouldn’t prevent someone else from doing it better, later.

Milroy recommends that people interested in preserving their own collections, from family memorabilia to fine art, consult the American Institute for Conservation (learning.culturalheritage.org). For more background on the field, see the presentation at bit.ly/conservator-intro that Milroy gave in 2018 to Haldane High School art students.

HOW WE REPORT
The Current is a member of The Trust Project, a consortium of news outlets that has adopted standards to allow readers to more easily assess the credibility of their journalism. Our best practices, including our verification and correction policies, can be accessed here. Have a comment? A news tip? Spot an error? Email [email protected]dscurrent.org.