Toby Shimin, a film editor who lives in Cold Spring and in September won an Emmy for her work on the documentary Ernie & Joe: Crisis Cops, most recently edited Baby God, which is streaming on HBO Max. The film’s title refers to Dr. Quincy Fortier, a fertility specialist in Las Vegas who used his own sperm over 30 years to impregnate unwitting patients. Shimin spoke with Alison Rooney. 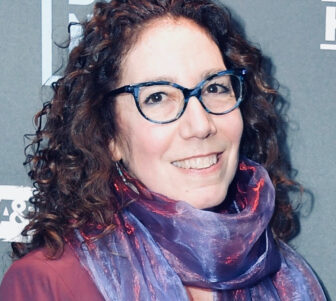 How are you approached by a director about editing a film?

Every film I have edited has been at a different stage of production. Sometimes it’s just a concept, such as Ernie & Joe, or sometimes there is a sample reel that has been shot to raise money, such as with Baby God. In 35 years, only twice was there a script; both were historical documentaries directed by Steve Ives [a filmmaker who lives in Garrison].

The conversations often begin with the director giving me a “log line,” or brief summary, that is not necessarily what the story is. So, I like to find out what drew the filmmakers to the subject, why they chose the characters they followed or plan to follow and what the dramatic arcs could be within each character’s story.

How do you decide if you will take on a project?

It’s essential to see some raw footage. It’s a bit like a first date to see if there’s chemistry between me and the main subjects of the film. Obviously, it is a one-sided relationship, but it will usually last between seven and 12 months, so if I’m not engaged, interested and somewhat enchanted, I won’t do the creative service the film deserves. There have been times when a film has been offered that has immense value and vitality but I don’t connect with the characters. 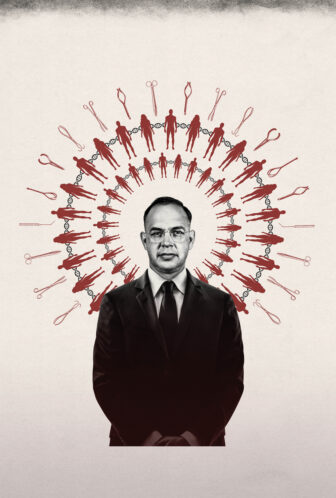 The image from the “Baby God” film poster (HBO)

What are your favorite types of films to edit?

Cinema verité — that is, a film that unfolds in front of the camera, as opposed to retelling a story. Of course, with a cinema verité film, there are often sequences that give the backstory and context for what is unfolding, but the main part of the film is what is captured as the camera is rolling.

With those films, I prefer to come on when enough footage has been shot that I can go on that first date and know whether my interest is piqued. I love being able to start shaping the initial footage while planning with the director what to continue to film.

What was the situation with Baby God?

When I came on, about 30 percent of the film was shot. It was the directorial debut for Hannah Olson, and we had many conversations about how to best tell the story.

I was so impressed with her dedication to focusing on the children who were the result of Dr. Fortier’s crime — and not the crime itself — that I felt it necessary that we choose one child as a guide of sorts. Wendi Babst was one of the people who Hannah first filmed, and because Wendi is a retired detective, with a natural curiosity for discovery, I felt she was the key to bring an audience through the story. Each time Hannah went to film with her, Wendi’s search uncovered something that deepened her own story and allowed us to explore other characters and themes. 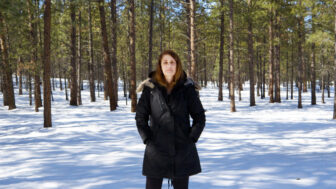 A development that arose during filming in some ways altered the storyline. Does that influence how you edit earlier sections?
The plot-turns in Baby God were carefully considered and reworked for months and months. As I edit, the question I try to keep fresh is: “How is the audience experiencing this story?” As in any storytelling, you want to have your audience thinking, “Wow, I didn’t know that,” or asking, “What happens next?”

In Baby God, after the hook of “I can’t believe this happened,” we wanted to give enough backstory of the early days of fertility work to offer context about why Dr. Fortier did what he did. It’s not a justification, but an understanding. The goal was to keep the audience’s mind as open as possible, ruminating on many ethical questions, until the more definitive plot point arises.

Is a documentary more challenging to edit than a feature film?
In a scripted film, the story is created in the writer’s imagination and realized in the acting out of that imagined story. In verité documentaries, the raw material is reality, usually between 200 and 400 hours of it. Reality is an ongoing continuum. In making a film, you have to put brackets around pieces of that reality, create context and shape within those brackets in order to bring a story to life.