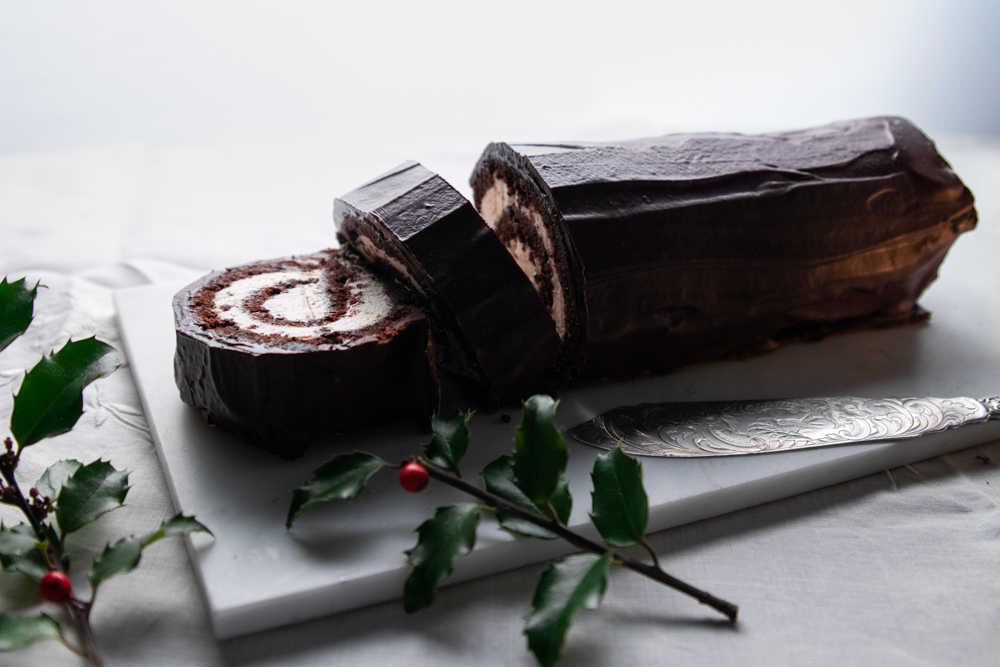 In a time of global uncertainty, one thing has become irrefutably clear: The Brits know how to bake.

Indeed, I have come to realize that the first step any aspiring pastry chef must take in an effort to become a top-notch baker is to be born across the pond. Step two is to pursue a demanding career in something other than baking — become a neurosurgeon, architect, fashion designer, aerospace engineer or television star. Bake on the side, just for kicks. That way, on the day when someone approaches you asking if you’d mind creating a cake that looks like a Christmas present, with a three-dimensional surprise cake-object baked inside it, using multiple flavors, fillings and decorations, and moreover to complete the task in four hours, you can be like, sure, no problem.

Alternatively, you can be born here in the U.S. of A., watch The Great British Baking Show and wonder who tricked you into believing that whipping up a batch of snickerdoodles warranted praise.

I have been thinking of The Great British Baking Show quite a bit these last few weeks, ever since I made the Swiss roll I mentioned in my previous column. Delicious as it was (and it was very), it came out looking like something I might have unearthed under the wood pile: cracked, broken, oozing cream and chips of hardened ganache. Forget Britain. If anyone from Switzerland had laid eyes on it, they would have demanded I renounce its name on the spot.

No matter. We polished off the evidence of my ineptitude/citizenship in a few hours.

Then, a couple nights later, on this year’s holiday episode of the GBBS featuring the cast of the Derry Girls, I watched actress Nicola Coughlin make a perfect Swiss roll, fill it with strawberry-rhubarb jelly, slice it up, and use it — oh, you know, yawn — to form the underlayer of a trifle that also featured homemade custard, whipped cream, sliced strawberries and gold leaf. And she pulled it off in two-and-a-half hours.

I wish I could say that I decided then and there to rise up undaunted and re-make my Swiss roll, but that would be a lie. I felt extremely daunted; I always do when trying to create picture-perfect desserts. Nonetheless, with Christmas right around the corner and most traditional sources of merriment in short supply this year, I decided to take another stab (or two) at this cake. After all, special foods are a hallmark of every celebration, no matter where on the globe you live or which holidays you observe. Moreover, we need all the joy we can muster this year, in whatever form, even log-pile-style. Best of all, here at my Hudson Valley home, the only judges are my husband, three kids and me, and anyone who steps up to bake in our Good-Enough American Baking show is declared an automatic winner.

You need to pre-roll the cake while it’s still warm or it will crack when you try to roll it up around the filling. Use a knife warmed in hot water and wiped dry to cut the cake into slices for serving.

Heat the oven to 350 degrees. Spread the pecans on a baking sheet and toast until fragrant and starting to color, about 6 to 8 minutes. Transfer to the bowl of a food processor and allow to cool. Line the baking sheet with parchment paper, allowing an inch or so overhang at each end. Dust the parchment with cocoa powder.

When the pecans are cool, add the flour and process until finely ground.

Melt the butter, and keep warm. Meanwhile, in a large bowl, whisk together the cocoa, ½ cup sugar and salt. Add the hot butter, warm water and vanilla, and mix well (the batter will be thick). Add the egg yolks, and mix until thoroughly combined. Set aside.

Place the 5 egg whites and cream of tartar into a clean, dry mixer bowl, and mix on medium speed until soft peaks form. Slowly sprinkle in the 1/3 cup sugar, turn the mixer to high, and whip until stiff but not broken.

Fold about a quarter of the egg whites into the cocoa-butter mixture. Add the remaining egg whites and ground pecans to the bowl and fold together gently just until combined.

Spread the batter onto the lined baking sheet. Transfer to the oven and bake until a fingertip pressed into the top of the cake doesn’t leave a permanent divot, about 10 minutes.

Set the pan on a rack to cool. After about 15 minutes, while the cake is still warm, lightly dust the surface with cocoa. Lay another sheet or parchment on top and, starting at one short end, gently roll up the cake (I used a rolling pin as a spindle to help form the cake). Set aside to cool another half-hour or so. Meanwhile, make the filling.

For the cream filling:

Combine the cream and vanilla in a chilled bowl. Whip until the mixture begins to thicken, then add the sugar or sweetening, and continue whipping until stiff. Do not overmix.

To form the cake:

Gently unroll the cooled cake (it doesn’t have to be completely flat). Spread the whipped cream evenly over the whole surface, then roll up again, starting at one short end, and using the parchment to help. Wrap the parchment around the outside of the cylindrical cake, tie in place gently with string if desired, and transfer to the refrigerator to cool for 2 to 3 hours. About 10 minutes before removing it from the refrigerator, make the glaze. Unwrap the cake roll, place it on a cooling rack set over a baking sheet (to catch drips) and pour the glaze over the whole surface, spreading gently if needed to cover. The glaze will harden as it cools, forming a crisp shell.

Don’t begin making this until after the rolled-up cake has cooled in the fridge for a few hours. I used a Swiss chocolate bar, rather than baking chocolate which tends to be grainier.

Finely chop the chocolate and place in a medium, heatproof bowl. Warm the cream over medium, stirring frequently, until it just begins to simmer, then pour over the chopped chocolate. Allow to sit for 30 seconds, then stir until smooth.