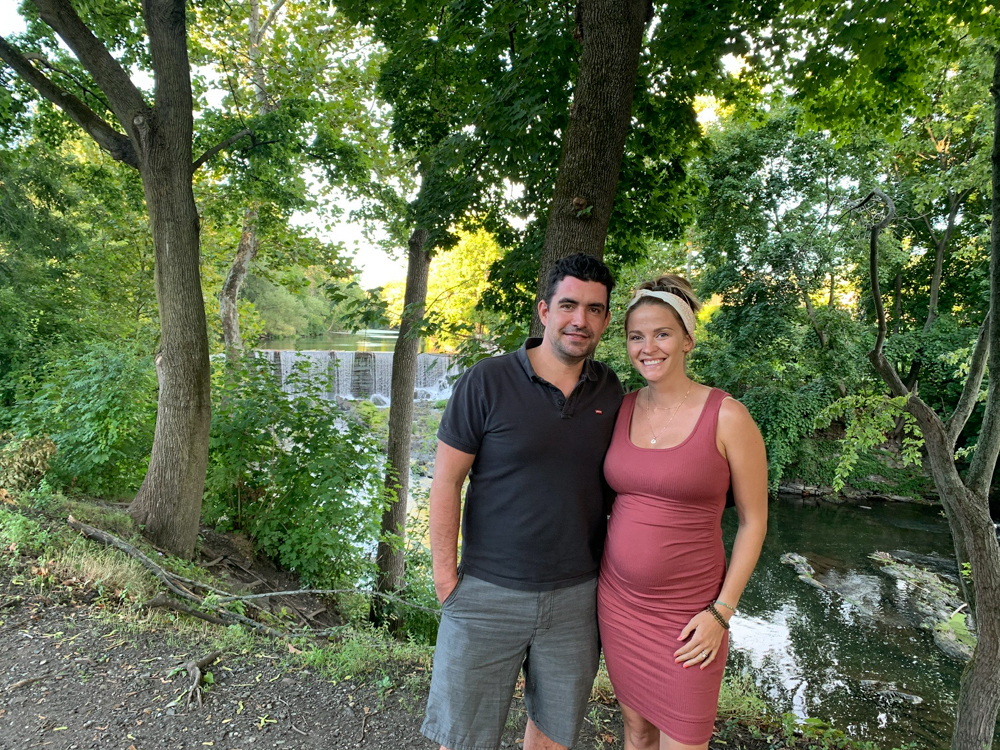 Paddy and Lindsay Caulfield are expecting their first child in January. (Photos provided)

So much has been lost to COVID-19: the lives of family and friends; businesses and jobs; houses and apartments; graduation ceremonies; sports seasons. But some families in the Highlands say they have discovered that the months-long pandemic shutdown has slowed a mile-per-minute pre-COVID pace.

Although millions of people have lost jobs, those who are fortunate enough to continue working are often doing so at home. Families are eating meals together, playing together and having conversations not on a phone. Ilene Green, a psychologist who lives in Beacon, said “it does make one wonder about the ways in which we structure our lives.”

Lindsay and Paddy Caulfield, who live in Beacon and are expecting their first child, met on a business trip to Ireland seven years ago.

Both are employed in the alcoholic beverage industry. Before the shutdown, they each commuted to separate cities — Lindsay to White Plains and Paddy to Manhattan — and also traveled a lot for work. Usually they were at home together two or three nights a week and on weekends.

“We kind of used to half-laugh — more out of nervousness — that we were like ships in the night,” Paddy said.

COVID-19 grounded the couple and gave them something they said had been in short supply: Time together. That meant time to drink coffee and watch the news together in the morning before hitting their computers for work, and time to eat together in the evenings. Time to hike and get to know their neighbors. Time to get the dog they always wanted but were afraid to own because they were home so infrequently.

The shutdown forced them “to reevaluate what’s important to us,” Lindsay said. They also found they had time to do something their pre-COVID schedules made challenging: Start a family.

Shortly after they bought a Goldendoodle, and about two months into the shutdown that began in March, Lindsay and Paddy learned they will soon be parents. Before the pandemic, they had been trying for about 18 months during a time when they were flying around the country and Lindsay said she was “super-stressed out with work.”

“We’re thrilled,” Lindsay said. “There’s a big silver lining that we didn’t expect at the beginning of all of this.”

Lindsay, who is due in January, is not alone. She belongs to a weekly walking club whose members meet at Long Dock Park or Hiddenbrooke. All are Beacon women expecting their first children. “There’s going to be a COVID baby boom,” she said.

A family gets to ‘breathe’

At 8:30 a.m. every morning, Elspeth, Halcyon and Thomasina Darhansoff power up their Chromebooks and, from a bedroom and office at their Garrison home, go to school. 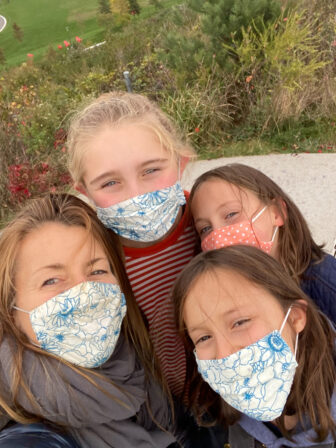 On the screen before Elspeth, 12, and twins Halcyon and Thomasina, 7, are teachers working for iTutor, an online service the Garrison school district purchased for the 2020-21 school year for students whose parents opted to keep them home because of concerns about COVID-19.

Some students struggle with virtual-learning programs, and some parents struggle with having their children at home all day. But Louise Darhansoff said her three daughters have flourished with the one-on-one instruction, and that having everyone home has strengthened bonds.

Memories are being fashioned, she said, out of the mundane: meals together, group “mini-adventures”; volunteering as a family; and talking. The girls play together more and have “learned to fix things between themselves a lot better,” said Louise, who scaled back her activities knowing her daughters would be home.

While the girls miss their friends at school, the newfound time together is a gift, Louise said. “We have finally been able to breathe,” she said. “I realize how precious the time is and to actually enjoy them.”

Green, the psychologist, recalled a pearl of wisdom she once received from a patient: that “quality time” is less important in parenting than “quantity time” — the “kind of banal, day-to-day” interactions lost when children grow up and move out, she said, such as a hot, homemade breakfast, board games and a game of catch between her two sons, who are 16 and 21. 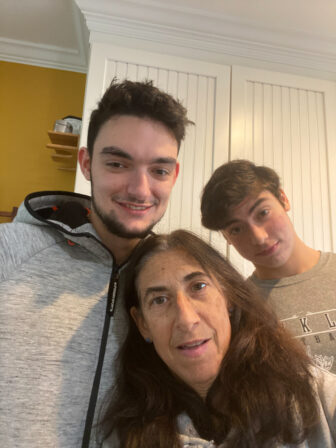 lene Green with her sons, Liam and Raphael

Before the pandemic, Green said her teenager would be lucky if “I’d throw a granola bar at him” in the morning before they headed to catch the 7 a.m. train — he would get off in Tarrytown for classes at the Hackley School and his mother would continue to Manhattan. With the shutdown, however, “our lives changed in a day,” Green said.

After Hackley switched to virtual instruction in the spring and her older son began working fewer hours, Green shifted to working from home. She found she could take a break when her younger son had a break and they’d have lunch. In the mornings, granola bars were replaced by a hot breakfast.

“There was more face time and the family configuration looked more like how it looked when they were younger,” she said. “In my own little private Idaho, we were grooving in a lot of ways.”

Green said she played board games with her sons for the first time since they were 5 years old and watched them play catch with a baseball for the first time in years. She began gardening two years ago after friends “double-dared” her, she said. This summer she added a rock garden and flower garden.

“I can’t even say that it’s beautiful,” Green said. “But I will say that it brought me joy.”

A father and daughter

Since March, when pandemic restrictions emptied Manhattan office buildings, Beacon resident Christopher Troy has only had to go into the city a handful of times. 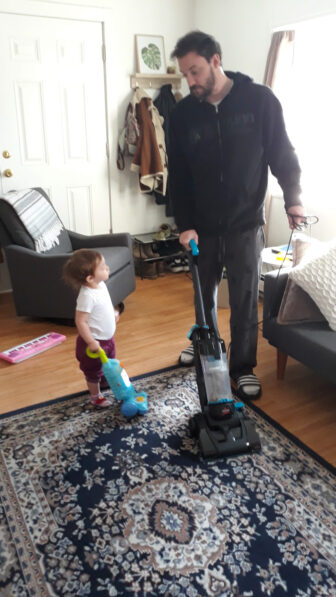 Christopher Troy with his daughter, Autumn

On those days, said his wife, Kristin, the couple’s 2-year-old daughter, Autumn, “would stand by the door and look for him.”

It is a sign of how memorable the last nine months have been for a father and his daughter. Both Kristen and Christopher say the elimination of his daily, 12-hour sojourn to Manhattan and back has given him an opportunity to become closer to his daughter, to be home for her first steps and first words, and to watch her learn.

“My wife maybe would have recorded it or taken a photo or something, but seeing it in person is very meaningful to me,” Christopher said.

The couple moved to Beacon in December because they thought it would be a good place to raise Autumn, who turned 2 in October. They said they feel fortunate with their timing because they had a couple of months to make friends and get to know Beacon before the shutdown began.

Before the pandemic, Christopher, a graphic designer, would leave at 7:30 a.m. for work and return around 7:40 p.m. He would spend an hour with Autumn before her bedtime, Kristen said.