Appointment must be confirmed by council 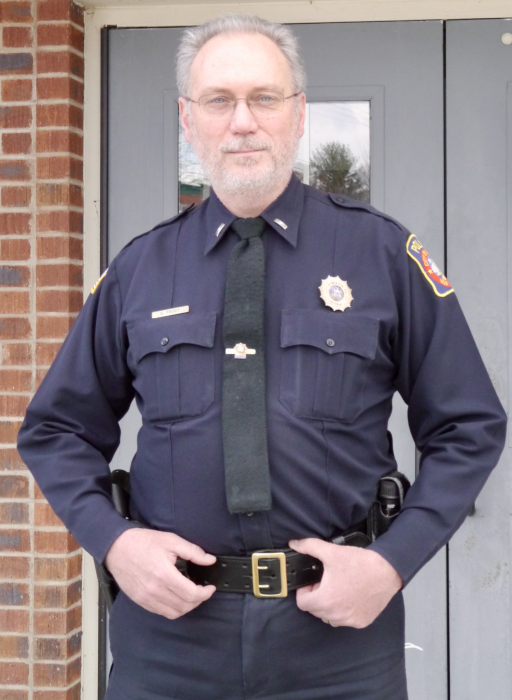 Frost, a 37-year veteran of the department, has been its acting chief since August. After hearing public comment, the council is expected to vote on the appointment at its next meeting, on Jan. 4.

The search committee was led by Council Member Terry Nelson and included Air Rhodes, another council member. Because Kyriacou also has a vote, presumably only one of the other four council members will need to support Frost for him to be confirmed. (Two members reached on Tuesday said they support Frost but would not say how they will vote.)

Monday’s announcement completes a nearly five-month search following the retirement in July of Kevin Junjulas, who had been chief since 2018.

Along with the search committee, which also included a half-dozen community members plus other city officials, Public Sector drafted a survey to help determine what residents wanted to see in their next chief. From there, the firm sought applicants from associations of law-enforcement leaders, as well as from groups of Black, Hispanic and female police officers.

Thirty candidates — all men, 23 of them white — applied for the job. Based on the search committee’s criteria, Public Sector whittled the pool down to seven. The committee completed interviews this month and suggested two finalists to Kyriacou. When one finalist withdrew from the search for personal reasons, the committee met again and recommended the other finalist — Frost — to the mayor.

“The way he conducted himself and made himself available to everyone, and to all different groups, during the time he was acting chief made this an easy call,” Nelson said on Monday.

If confirmed, Frost will take over on a permanent basis a department significantly impacted — as many have been nationwide — by criticism of law enforcement since the killing of George Floyd while in police custody in Minneapolis in May.

Within an eight-day span in June, the Beacon City Council met with police officials to discuss the department’s use of force and other policies; Gov. Andrew Cuomo ordered municipal law enforcement agencies to draft reform plans by April 1; and Junjulas and Capt. Gary Fredericks, the Beacon department’s second-in-command, announced their retirements.

Throughout the summer, protestors called for the city to “defund the police” — even gathering in October outside Kyriacou’s home while the mayor conducted a videoconferenced council meeting discussing an early draft of the city’s 2021 budget that appeared to increase police spending.

For more than a decade, through 2016, the Beacon Police Department operated under the oversight of the U.S. Department of Justice following a number of lawsuits against the city. The agency issued nearly a dozen pages of recommendations regarding the use of force, weapons, canines and procedures for processing complaints.

On Tuesday, Frost, 58, said he believes he has the skills to mend fences with residents who are reluctant to trust the police. “We have to reach out,” he said. “The whole thing [nationwide] has been about building trust between the police and the community. When something bad happens a thousand miles away, it affects every police officer in your department.”

Frost said he hopes to implement an initiative to increase “face time” between officers and city residents.

“We have officers on Main Street more often now, but we need to get police into other neighborhoods more often on foot,” he said. “It’s not good if the only time you see police are when there’s something bad going on.”

A member of the U.S. Marine Corps Reserve, Frost took leave from police work to serve in Operation Desert Storm and after the terrorist attacks of 9/11.

He said he did not expect Junjulas’ departure this year and, even after leading the department on an interim basis, was initially reluctant to apply for the job.

“It’s a big step,” Frost said. “It’s a promise I have to make to the community, to the PBA [the Patrolmen’s Benevolent Association, the police union] and to the political leadership in Beacon. On a personal end, it’s a commitment your whole family makes. It’s not a decision you want to make in haste.”

The Rev. John Perez, pastor of the Faith Temple Church of God in Christ and a member of the search committee, said Monday that the months-long search proved the right candidate had been in Beacon all along.

“We all learned a lot about police work,” Perez said, “and the process worked. We didn’t just pick a name out of a hat. We painstakingly went through all the data and asked the hard questions, and it paid off. We got the candidate, and we had him right in our backyard.”