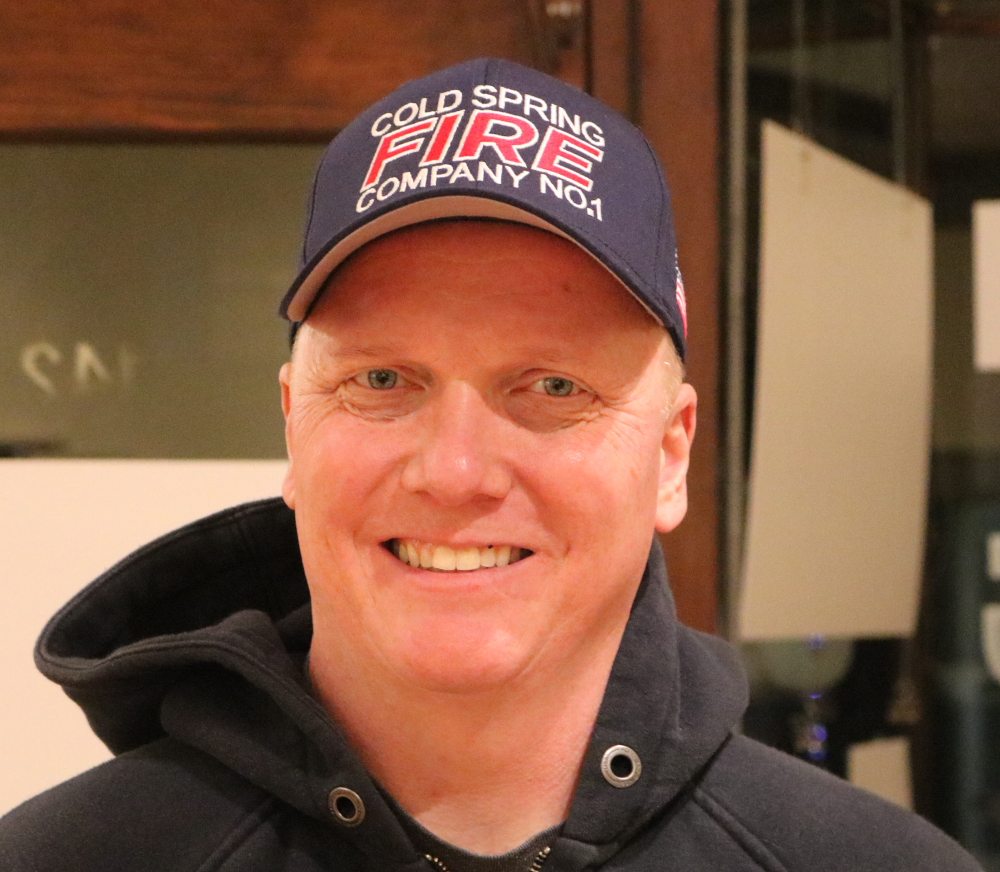 Matt Woods, who is a sergeant with the Counterterrorism Bureau of the New York City Police Department, was recently named Firefighter of the Year by the Cold Spring Fire Co.

What motivated you to join the fire company — not enough stress in counterterrorism?

I’ve always thought about firefighting, but when I lived in Queens there were no volunteer firefighters. After I moved to Cold Spring, I’d drive past the firehouse every day because it’s a stone’s throw from my house. I knew in a small community like this firefighting is especially important. Plus, instead of just meeting other expats from New York City, I met a whole different group of people who live here.

How did it feel to be named Firefighter of the Year?

I was surprised. I had just finished my second year with CSFC. I never saw it coming. When I walked in the firehouse that night I wasn’t thinking about Firefighter of the Year — until the chief started talking about the award and it sounded like someone familiar! I was blushing a bit. 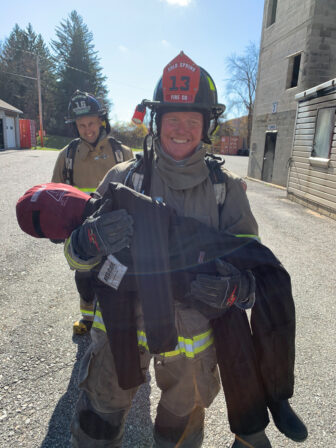 Were you surprised by the amount of training required?

I was able to get through the Firefighter 1 course in 2019, my first year. It’s a big-time commitment. I’ve been through a lot of training with the Marine Corps, the LAPD [Los Angeles Police Department] and NYPD, and was surprised how difficult firefighter training was. There’s a saying: “There are volunteer firefighters but no volunteer fires.” The training took that mantra seriously. You get in tight spaces that are scary, with zero visibility, wearing a pack, and it’s hard to breathe. I gained a new respect for professional firefighters who fight fires on a regular basis. It’s not an easy job.

How does volunteering with CSFC compare to working for NYPD?

With NYPD, I’m a boss. Here I’m just a firefighter. That’s refreshing. When you’re a police officer living in New York City, you don’t have that village feel. But there are similarities. Both are a lot of fun. Both involve serious decisions and dangerous work. Both require knowing how to treat trauma. And there’s definitely an adrenaline rush with both.

Finding time to go on calls is an issue. I spend a lot of hours working in the city and commuting. So, when I’m here, I have to be ready. When I get home, I think about what I’m wearing, make sure my pager is turned up. I’m a homebody; I park my car and I’m never far from the firehouse. When a call comes in, I run to the firehouse with my two dogs, tie them to the couch, text my wife and let her know where the dogs are. Then we’re gone. Some of the mountain rescues get ridiculous — people going up unprepared. Some don’t necessarily need to call; they’re a bit tired and need some volunteers to hike up and get them? But I wouldn’t do this if I didn’t want to do the calls. False alarms never bother me. If you get 100 of them and the 101st is the real thing, you’re glad you’re there. Even elevator calls. You might think firefighters see those calls as tedious, but it’s all just part of being a first responder.