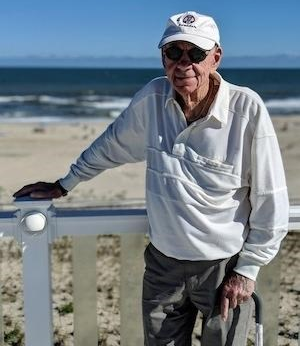 Born in Beacon on June 7, 1926, he was the son of Robert and Margaret (Evans) Lamoree. After graduating from Beacon High School, he enlisted in the U.S. Navy in 1944 and served for two years during World War II.

For 36 years, he served as an officer for the state Department of Corrections and Community Supervision, retiring in 1986. Joe was a longtime parishioner of St. Mary, Mother of the Church in Fishkill.

On Sept. 14, 1947, he married Audrey Francine Knapp, his high school sweetheart, at St. John the Evangelist Church in Beacon. Joseph and Audrey were married for 67 years until her death in 2015.

Joe enjoyed listening to country music, watching old movies, NASCAR, golf and all things Yankees or Giants. He enjoyed traveling, keeping in touch with friends and family, and spending time with his children and grandchildren.

Services will be private, followed by entombment at the Community Mausoleum at Fishkill Rural Cemetery. A celebration of life will be held at a later date. Memorial donations may be made to the American Cancer Society (cancer.org). 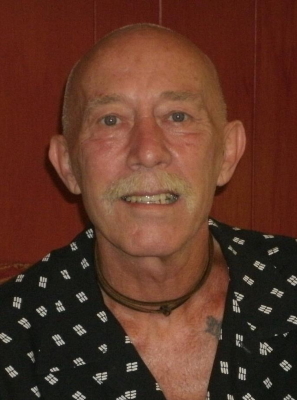 He was born in Newburgh on June 15, 1949, the son of Adam and Bessie (Neel) Pacenza, and attended Newburgh schools. George served with the U.S. Army during Vietnam and later worked various jobs. Most recently, until his retirement, he worked in as a painter for the Mohonk Mountain House in New Paltz.

George loved the outdoors and being with nature; he enjoyed long walks, camping and riding his Harley Davidson, and was also a dog lover. He also enjoyed music and writing poems, and loved going to Sunday dinners at his sister Tracey’s house. He had a great sense of humor, his family said.

Services will be private. Memorial donations may be made to the Animal Rescue Foundation (arfbeacon.org). 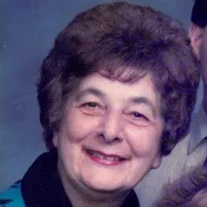 She was born at her childhood home on Rombout Avenue on June 28, 1928, a first-generation American whose parents, Anthony and Rose Romanelli, arrived on Ellis Island after a long journey from Italy. For the last 60 years of her life, Rose lived a few blocks from her childhood home.

Rose graduated from Beacon High School and worked at the New York Telephone Co. for several years prior to meeting Charles Polhemus, the man who became her husband. They were married June 6, 1953, at St. John the Evangelist Church in Beacon. He died in 1986.

The family said her great-grandchild Gavin summed up their heartbreak when he said on Christmas Eve, “It is going to be a little sad this Christmas because great-grandma won’t be here with us. I wish she could have waited a little longer so we could have had one more Christmas with her.”

You could always find her in front of the post office on Main Street waiting to meet other members of her family to watch Beacon’s parades march by, her family said. She grew up knowing all her neighbors by their first names and seldom found the need to lock her door as everyone was always welcome to just drop by.

She taught her children to say “please” and “thank you” and to kneel and say our prayers at night. She was devoted to her faith and said the rosary every night. She encouraged them to participate in school activities and sports and was always there to support them and cheer them on, often chauffeuring them around to venues and, of course, providing snacks and a cool jug of Kool-Aid.

Rose was an active member of the community. She was a member of the St. John’s Seniors, the Beacon Junior Social League, the Saint John’s Church Woman’s Group and the Gadabouts. Her sense of civic pride was also on display during voting season, as you could always find her manning the polls at the old Beacon High School.

She was a Yankees fan who hardly missed a game and never gave up hope that they would finally get their pitching rotation right and win another pennant.

However, what Rose enjoyed the most throughout her lifetime was simply spending time with family and friends, sharing a casual conversation across the table over a “nice cup of tea,” her family said. As the years took their toll and Rose was confined more frequently to her home, she found comfort coloring in her favorite chair by the front window while she waited for the latest episode of General Hospital to begin.

When visitors stopped by she would reminisce about all the “good old days” and talk about her trips with girlfriends to Atlantic City or dancing at the Casino atop Mount Beacon.

Family and friends will gather on Monday (Dec. 28) from 9 to 10:30 a.m. at Riverview Funeral Home by Halvey in Beacon. A Mass of Christian Burial will be offered at 11 a.m. at St. John the Evangelist Church in Beacon, followed by interment at St. Joachim’s Cemetery. Memorial donations may be made to the Beacon Volunteer Fire Department, 13 South Ave., Beacon, NY 12508. 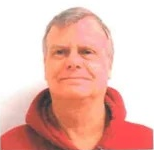 Stanley Edward Tatur, 71, of Beacon died suddenly on Dec. 17 at his home.

Born in the Bronx on Feb. 1, 1949, he was the son of Stanley and Theresa (Pozinski) Tatur. He grew up in Pleasantville before moving to Mahopac and then settling in Beacon more than 30 years ago. He graduated from Lakeland High School in 1967 and earned a bachelor’s degree in business administration from Pace College (now Pace University) in 1971. He was a member of Alpha Gamma Pi fraternity.

Stan worked for the Grand Union Supermarkets for more than 30 years and was a member of UFCW Local 1262. He worked in a number of stores in the chain, including Beacon, Cold Spring, Fishkill, Carmel and Mahopac.

Stanley followed the Yankees and Giants and made an annual pilgrimage to the Daytona 500.

Stan is survived by his sister, Valerie Moysey; his brother-in-law, Stanley Moysey; and his sister, Katherine Turner of Ormond Beach, Florida.

A Mass of Christian Burial was held Dec. 19 at St. John the Evangelist Church, followed by interment in Florida. Memorial donations may be made to Mid Hudson Animal Aid (midhudsonanimalaid.org) or the Animal Rescue Foundation (arfbeacon.org). 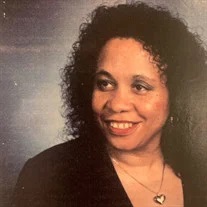 She retired from New York Telephone Co. after 25 years of service. She was the CWA union representative for the telephone operators and the business office and then became the union organizer.

She was a fan of Broadway, and her favorite movie was The Godfather because she was so passionate about loyalty. She also loved museums, concerts, sports, fashion, jewelry, heels and vanilla ice cream. Her family said she had a great sense of humor and loved to dance.

She was well-known for her catch phrases, like “Get back Jackson!” and “When I’m playing, I’m playing and when I’m not, I’m not.” She knew the Bible well. She was everyone’s personal dictionary and was a natural problem solver, her family said. Although she never learned how to drive, she was the first one to show up if anyone was sick in the hospital or had a baby. She was the original bed and breakfast, they said.

She uplifted everyone’s spirit when she went for her treatments at Memorial Sloan Kettering by remembering everyone’s name and every little tidbit about them. She will be greatly missed by her family, friends and her roommates, Lizzie and Jada, who took care of her until her final day.

A funeral service was held on Dec. 23 at Riverview Funeral Home by Halvey.