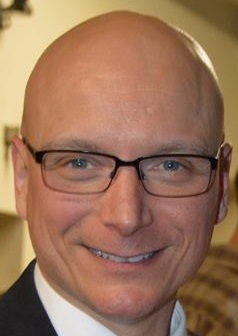 Beacon Mayor Lee Kyriacou said on Tuesday (Dec. 29) he would recommend that the City Council hire the deputy director of planning for Ulster County as the city’s next administrator.

The council will consider the selection at its Monday (Jan. 4) meeting, along with Kyriacou’s selection of Lt. Sands Frost to be the new city police chief.

Chris White, who has worked for Ulster County for nine years, was a Beacon City Council member in 1996-97, representing the Third Ward. He would succeed Anthony Ruggiero, who will leave at the end of January to join the Dutchess County health department.

Before joining the planning department in Ulster, White spent 10 years managing a district office for Rep. Maurice Hinchey. He holds a bachelor’s degree in politics from New York University and a master’s degree in public administration from SUNY Albany.

“It is my pleasure to welcome back to Beacon an exceptionally qualified former resident and council member,” Kyriacou said in a statement. “Chris helped the city redefine its vision for the future in the 1990s, which was instrumental in Beacon’s revitalization. In screening more than 30 applicants and interviewing a number of qualified candidates, Chris stood out because of his planning and project expertise, his regional knowledge, and his genuine passion for Beacon.”