Henry Feldman, of Cold Spring, is a computer programmer and the creator of ChessVis (chessvis.com). 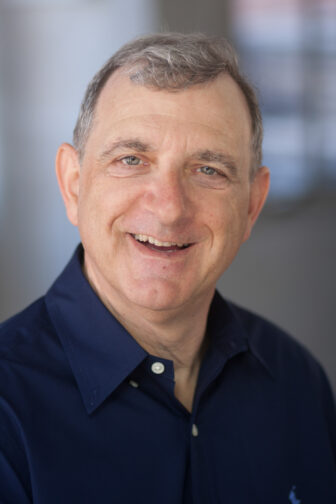 When did you start playing chess?

After watching Bobby Fischer play Boris Spassky in 1972, as a teenager. I could beat everyone in my neighborhood in Willingboro, New Jersey. What The Queen’s Gambit on Netflix has done for chess feels like what Fischer vs. Spassky did then, and with COVID, the number of games played online has been crazy. There are 70 million games per month at lichess.org.

Why was the game appealing?

I was a short, asthmatic kid who didn’t have a lot of sports opportunities. And I was good at it. The board only has 64 squares, and it’s not like poker where people are hiding cards. All the pieces are out there and they can only move certain places.

It’s a training program. When you move a piece, you have to consider not only where it goes but the void it leaves. The dynamic of the board changes in multiple locations. I couldn’t find a program that helped develop the “memory muscle” to stick the board in your head, so I wrote one. Recently I started working on a new section on openings using 125 million games that I ripped apart. What’s freaky is that the board position will go unique after 11 or 12 pairs of moves. That is, you’ll start to see things that don’t appear anywhere in the 125 million games.

Is that what top chess players do? They envision the board three or four moves ahead?

It turns out that they don’t have that many more moves thought out than an amateur might but they see many more combinations of two and three moves. What happens for amateurs typically is your brain puts in filters: “Oh, I know that move won’t work.” But part of tactics training is allowing yourself to be open to possibilities that you didn’t conceive were there.

What other programs have you written?

I try to write things that are unique; I’m not the guy to create another word processor. In the 1980s and ’90s, I wrote software for the federal Centers for Disease Control and Prevention to track AIDS patients. Local health departments would buy the software to report their numbers to the CDC. It was sad, because one day I would get an order from California — “We need a copy for every county” — and later orders came from other states, such as Iowa. You could see the spread. I also wrote a program for moving data between different products, which I sold to SAS Institute, which is run by two billionaires. I still work for SAS but would like to retire as a theater person, which I knew would be challenging. I was cast as an extra on The Marvelous Mrs. Maisel and it was the hardest $1,000 I’ve ever earned.