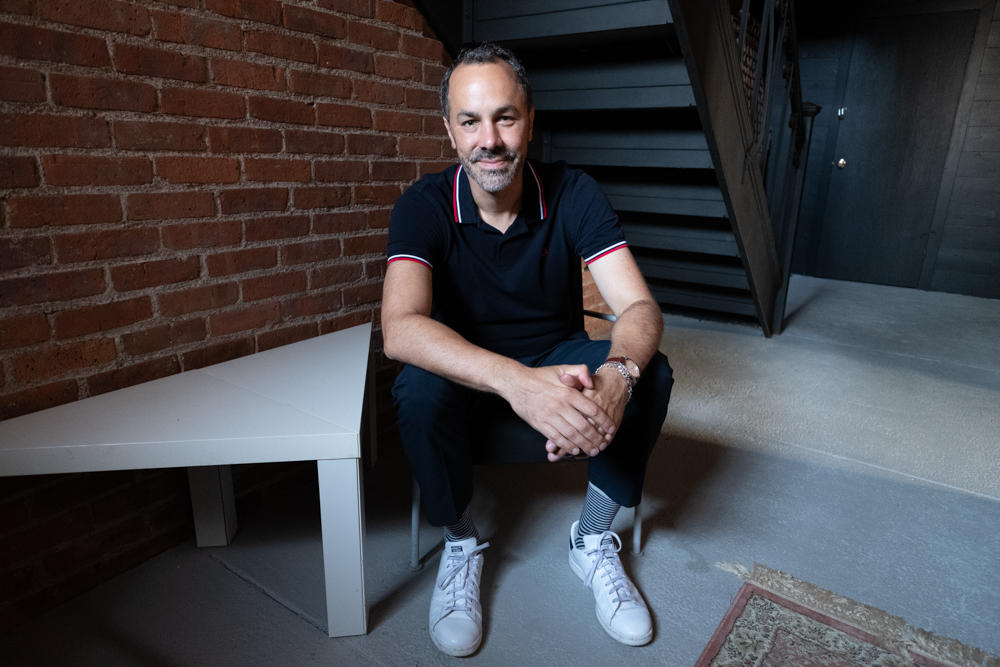 Hype is a word everyone loves to hate, although it may have been hype that led you to feel this way.

Michael Schein says he chose the title of his forthcoming book, The Hype Handbook — which promises “12 indispensable success secrets from the world’s greatest propagandists, self-promoters, cult leaders, mischief-makers and boundary-breakers” — because he suspected no one feels neutral about the word. 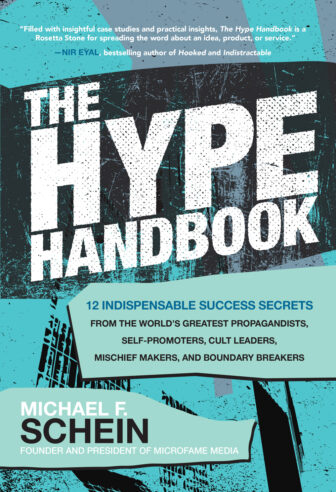 “To most people, hype means to bring emotion to something that isn’t inherently good,” says the Beacon resident, who owns a marketing company called MicroFame Media. “That version is accepted in nearly every community, except, surprisingly, older hip-hop groups. A lot of hip-hop artists, primarily African- and Latino-Americans, didn’t have the privilege of following the rules to be successful. You had to be creative to get the word out. When you have power, you can do the traditions [to get attention], but if you’re an outsider you have to be creative.”

In his introduction, Schein describes his decision, during his mid-30s, to “ditch my cushy corporate career to make it as a freelance writer.” But, he says, “I discovered pretty quick that being good at what you do isn’t enough to get people to buy what you’re selling.”

In ensuing chapters of The Hype Handbook, which will be published by McGraw-Hill on Tuesday (Jan. 12), Schein offers tactics and maneuvers for marketing in the turn-on-a-digital-dime consumer and corporate world. (He also has a monthly newsletter in which he recommends titles about social psychology and “strange characters.” See hypereads.com/list.)

“When I went on my own 10 years ago, my plan was to be a business writer — not a business person, but a writer,” he says. “I thought I would be successful, but I wasn’t driving attention to myself. I thought about my interest in mischief-makers of various types and wondered if there was a way of promoting myself using their strategies, in an ethical way.”

His interest led him to found his marketing agency. “I knew I had niches, usually online, which could drive a ton of attention for a client in that niche,” he says. “I had the idea for the book because I saw a lot of people not in big companies who didn’t have these skills — that is, artists, musicians, small-business owners. People would say, ‘I don’t think I need to hype myself.’ But my message is, hype is not a bad thing. If more artists stopped thinking about promotion as a chore and instead as a ‘part of art’ — if they could reframe themselves, they would fare better.”

Schein says he envisioned his audience as people who could make the world a better place but who struggle doing great things in the world. “There are all these nonprofits which do such good work, but there’s a martyrdom of talking about how broke they are,” he says. “If nonprofits ran more like companies, they’d come to see that hype is simply a tool, neither immoral or moral.”

He says there have always been “influencers” who use hype well, citing a story from the 1920s about a company that wanted to increase pork consumption. Their public-relations person got in touch with a prominent doctor he knew and had him mail other physicians across the county, “claiming that bacon replaced the energy lost during sleep. That is what turned bacon into a breakfast food.”

Marketing doesn’t need to be expensive, Schein says. “In the 1970s, Malcolm McLaren, the manager of the [British punk band] Sex Pistols, got all this attention by having them be rude and crude in public. They had no budget for PR, so they called the queen a fascist and got lots of coverage. The contrarian point of view, creating an us-versus-them dynamic, can still work.”