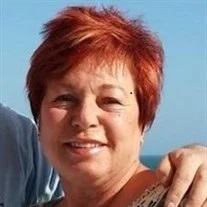 She was born June 30, 1951, at Highland Hospital in Beacon, the daughter of Joseph and Marion (Mitchell) Urbanak, and graduated from Beacon schools. Anna was a proud Beaconite and loved the community, her family said. She worked for more than 20 years for the state parks department at Fahnestock State Park, until her retirement. After her husband, Edward, retired, the couple moved in 2019 to Port Orange, Florida.

Anna loved nature, camping in Vermont, trips to Cape Cod, the beach, hummingbirds and squirrels, and cooking. As loving as she was, Anna was “one tough broad,” her family said.

She is also survived by her step-grandchildren, Amanda Winterberg, Alyssa Winterburg, Brianna Reside and Brandon Reside; her siblings, JoAnn Benson (Thomas) of New Berlin and Lillian Butor (Joseph) of Plattekill; and her sister-in-law, Amy Urbanak.

A private funeral service took place on Jan. 15. Memorial donations may be made to St. Jude Children’s Research Hospital (stjude.org). 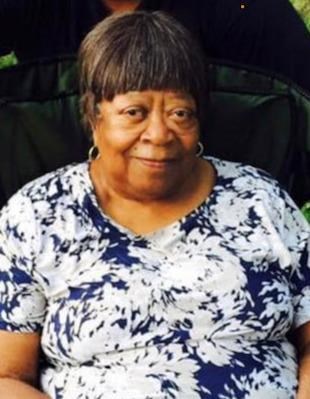 Geraldine Garrett, 88, known to her friends and family as “Jerry,” died Jan. 1.

She was born Sept. 6, 1932, in Lee County, Georgia, the daughter of Jack Hall and Jeffie Mae Dixion. At age 16, Geraldine’s family moved to Deerfield Beach, Florida, where she lived until age 19. She then moved to Beacon, where she met her future husband, Brown Garrett Jr. They were married in 1954.

Geraldine worked for Tuck Tape in Beacon and at the Castle Point VA Medical Center in dietetic services until her retirement. She and her husband raised their five children in Chelsea. Her pearls of wisdom were invaluable, her family said.

She is survived by her children, Michelle Wade of Newburgh; Brown Garrett III (Aline) of Dover, Delaware; Keith Garrett (Dedra) of Albemarle, North Carolina; Cathy Garrett-Quinn of Hudson, Florida; and Johnathan Garrett of Poughkeepsie; along with 12 grandchildren and 30 great-grandchildren.

She is also survived by her brother, John Hall (Helen) of Deerfield Beach, Florida; her brothers-in-law, Ralph Ross of Deerfield Beach and Scott Garrett (Denise) of Poughkeepsie; her cousins, Azon Downs (Talmadge) of Spartanburg, South Carolina, and Beulah Jackson of Beacon; her childhood friend, Rose Bud; and her niece, Timoline Hall of Beacon.

A funeral service was held on Jan. 13 at the Star of Bethlehem Baptist Church in Beacon, followed by interment at Fishkill Rural Cemetery. 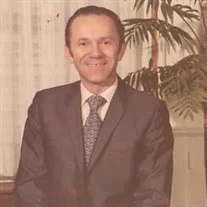 He was born Sept. 13, 1937, in Peremyshl, Ukraine, the son of Andrew and Anna (Tjupa) Olijnyk. The family emigrated to Haddonfield, New Jersey, in 1950 before moving to Beacon. Victor worked for the Beacon City School District as a custodian at Rombout Middle School from 2005 until his retirement in 2015.

He is survived by his wife, the former Priscilla Travers; his sons, Scott Olijnyk and Joseph Olijnyk; and his sisters, Toni Baer, Nina Cavaccini and Olha Rutigliano. Funeral services were private.