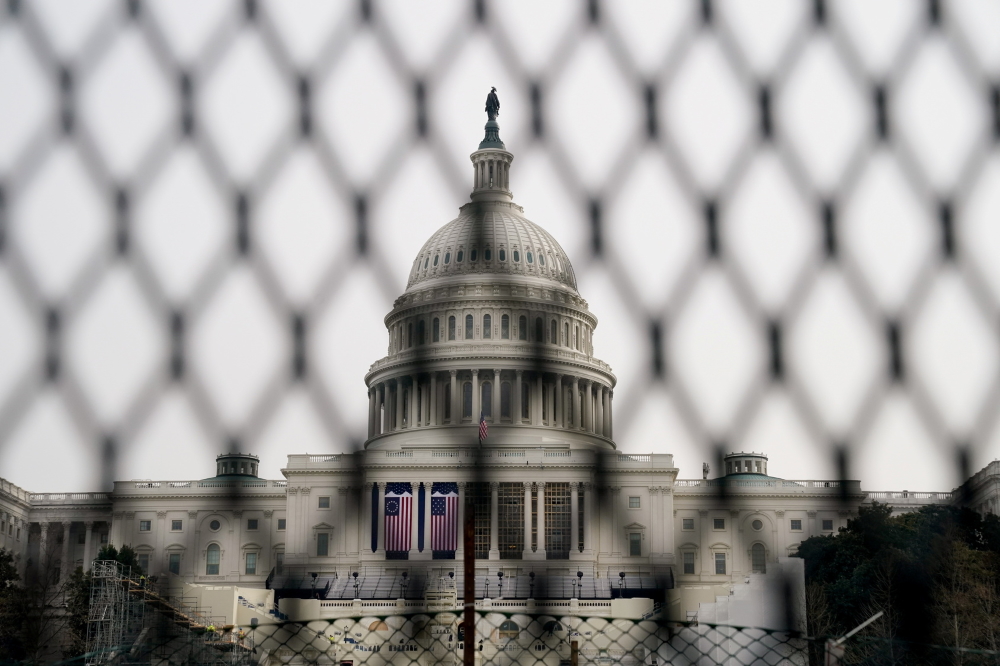 Rep. Sean Patrick Maloney, whose district includes the Highlands, and who was in the Capitol when a mob attacked on Jan. 6, was among the 232 House members who voted on Wednesday (Jan. 13) to impeach President Donald Trump.

Every Democratic member voted to charge the president, as well as 10 Republicans. The charge now goes to the Senate.

In December 2019, a majority of House members, including Maloney, voted to impeach the president for obstruction of Congress but the Senate acquitted him.

On Monday, Maloney and 161 other sponsors unveiled the single article of impeachment, which stemmed from Trump’s encouragement to supporters to “fight like hell” to overturn his election loss.

One week ago, we saw the gravest betrayal in American history of the presidential oath of office. The commander-in-chief incited a violent attack on our Capitol during the tabulation of the Electoral College vote.

I was a witness to these events. He did this to overturn the results of a valid American presidential election. The resulting violence caused incalculable damage and loss of life, including of a Capitol Police officer.

These actions demand his immediate impeachment and removal as provided by the Constitution. This action must be taken now to separate the President immediately from the awesome powers of his office that he might yet misuse to overturn the will of the people and the peaceful transfer of power.

The assault on the Capitol briefly disrupted congressional confirmation of the election as president of Joe Biden, who takes office next week.

Hundreds of Trump supporters pushed through police barricades and entered the Capitol, smashing windows and fatally injuring a police officer. An officer also shot and killed a protester. Maloney and others were evacuated but returned later to conclude the election confirmation exercise in the early morning hours.

At a news conference on Monday to announce the passage of his bill banning oil-barge anchorages on the Hudson River (see Page 1), Maloney blamed the president for the violence.

“He should do the right thing and resign,” said Maloney, a five-term Democrat who lives in Philipstown.

The Capitol riot began as a Trump rally and “descended into violence and a coup attempt” that “would not have been possible if the president and others had not spread this lie about the election” being stolen, Maloney said Monday. “That more than justifies impeachment and removal.”

He warned that the president’s remaining days in office “should scare all of us,” because Trump “can further use the powers of the presidency to further undermine our institutions, our freedoms, our Constitution. It’s unacceptable to me.” He urged Americans to “come together and make very clear that there is the Constitution or there is the mob. And we need to get clear about right and wrong.”

During the week preceding the impeachment vote, local elected officials and party organizations condemned the storming of the Capitol.

The attack does “not represent who we are as an American people,” said Dutchess County Executive Marc Molinaro, a Republican, in a statement on Jan. 6. “While we would never suppress vigorous debate and the right to protest — our country, after all, was founded on the right of its citizens to voice their opinions — the violence” at the Capitol was “wrong and unacceptable,” he said.

On Jan. 7, Putnam County Executive MaryEllen Odell, also a Republican, added: “We have much work to do to keep this country the shining example of democracy that it has always been. The world is watching. Americans have the right to protest, but not to break the law while doing so. For the future of our children, I would hope we could put our country first, despite any differences.”

The same day, at the monthly meeting of the Philipstown Town Board, whose members are all Democrats, Supervisor Richard Shea spoke up immediately after the recitation of the Pledge of Allegiance, which traditionally opens board sessions.

“In light of events of the last 24 hours, that pledge means a lot more today,” he said. “I certainly never thought in my lifetime I would see anything like the horrible events of yesterday. It doesn’t make any sense. It’s not something I can comprehend. But this is what happens when you get stupid people as leaders, or not even leading, just [being] stupid people, and then stupid people following them.”

Shea encouraged public officials “to stand up for what’s right. There’s been a reluctance to do that. A lot of people should’ve stood up before this to confront the president, to say what he was doing was wrong. Peaceful transfer of power in this country is something we’re extremely proud of. To have that [riot] happen is just beyond the pale.”

Councilor John Van Tassel said that he didn’t believe Americans had ever been more divided. “It’s time to unite and become one country again.”

“Hopefully leaders going forward will realize they can’t just work with their half” of the political spectrum, said Councilor Mike Leonard. “It has to be everybody, or it’s not going to work.”

Putnam County Sheriff Robert Langley Jr., a Democrat who lives in Philipstown, posted on Facebook on Monday that he backs “the Constitution of the United States and the right to free speech and peaceful protest” but does “not condone anyone’s destroying the property of another or our national landmarks and governmental buildings. These acts are intolerable and should be dealt with accordingly under the letter of the law.”

His counterpart in Dutchess County, Sheriff Butch Anderson, a Republican who was one of six elected officials named as honorary state chairs of the president’s reelection campaign, told The Poughkeepsie Journal on Jan. 7 that the insurrection at the Capitol “was deplorable. We have to bring this country together and move on.”

In a statement issued Tuesday (Jan. 12), the leaders of the Philipstown Republican Committee said that “we condemn all acts of violence, regardless of where it occurs… We call upon all members of our diverse community to come together and heal. Philipstown is a wonderful place that we all call home. Let’s not have politics be the measuring stick by which we define each other.”

The Philipstown Democratic Committee also issued a statement on Tuesday. “We know how it feels to be disappointed in the outcome of a contest,” it said. “Losing — from rec soccer to politics — is part of the deal. Last week in Washington we saw the very worst of what can happen when a leader refuses to accept that deal…

“Philipstown is not without its problems, many of them serious, but it is a caring and generous community. To preserve that, we must — at the very least — commit to acting in good faith. If not, we all lose.”

Also on Tuesday, Sandy Galef and Jonathan Jacobson, members of the state Assembly whose districts include Philipstown and Beacon, respectively, were among 75 Democratic lawmakers who signed a letter to U.S. House and Senate leaders calling for the president to be removed from office. “President Trump’s actions and words knowingly helped incite this attempted coup and the extraordinary acts of domestic terrorism we witnessed,” it said.

Rebecca Edwards, the chair of the Democratic caucus in the Dutchess County Legislature, said on Jan. 10 that no Republican members had agreed to sign a letter stating that Trump’s false allegations of fraud were “unacceptable” and that Biden won the election. The statement was nearly identical to one released on Nov. 9 by 31 former Republican members of the U.S. House.

“Some Republican officials in Dutchess have denounced the violence at the Capitol but none has so far, to my knowledge, acknowledged that president-elect Joe Biden won the election fairly,” Edwards said.