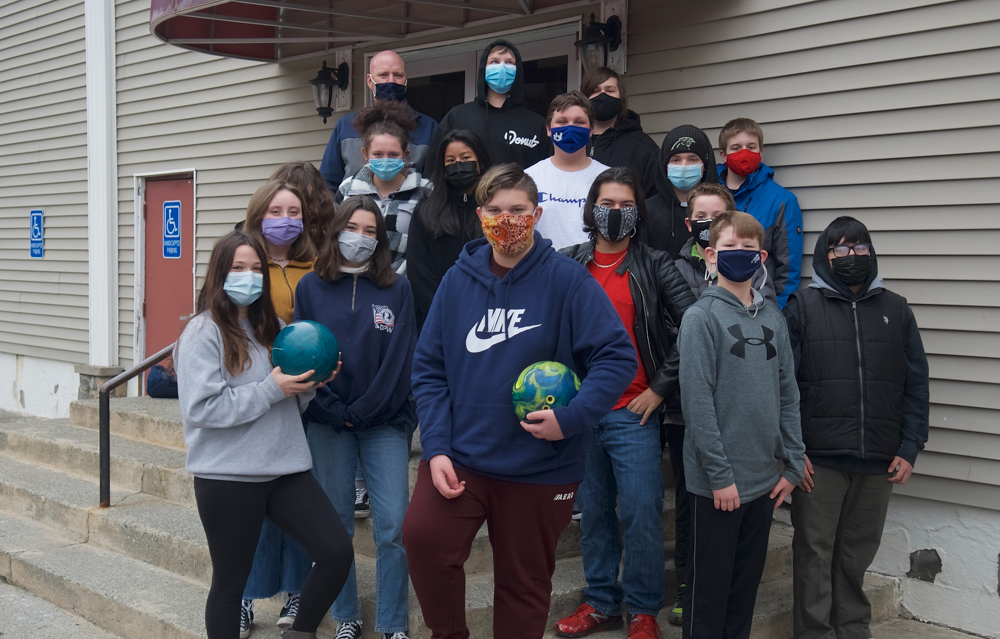 The Beacon High School bowling teams began practice last week and hope to open their season on Tuesday (Jan. 19) with a match against Ketcham. Spectators will not be allowed.

Bowling is one of the few high school sports considered “low-risk” by the state during the pandemic shutdown and has been given the OK to proceed. Other low-risk sports, including swimming and indoor track and field, also began practices last week.

Contact sports considered higher-risk, such as basketball and wrestling, remain in limbo until the state renders a decision on whether their seasons can begin.

Bowling coach Brian Mahon said pulling it all together hasn’t been easy.

“The busing [of athletes to meets] is the toughest part, and the alleys have their own challenges,” he said. “They only have certain dates available, and meets will get harder as some schools have to quarantine or shut down.

“We’re fortunate to be able to get our season started,” he added. “We have a glimmer of hope that we might get it in. The kids are happy to have something.”

“It’s a young team,” Mahon said. “We’ve been building over the last few years, and we’re finally at a point where we can compete with some of the better teams. The guys have really improved, and they could be in the race for the league title.”

The girls’ team lost six seniors to graduation last year, including Selena Virtuoso, who was an All-Section pick, and all of the girls this season are new to the team. They include junior Maura Lane, sophomores Miranda Lyons, Gabriella Foret and Amelia Sanker and freshman Elizabeth Ruffy.

“For girls who haven’t bowled before, they’re showing good signs of improvement,” the coach said. “It’s a learning year. We’ll compete with some teams, but will be gaining experience.”

All matches will take place at the Fishkill Bowl lanes. The Bulldogs are scheduled to face Arlington on Wednesday (Jan. 20) and Carmel on Friday (Jan. 22).