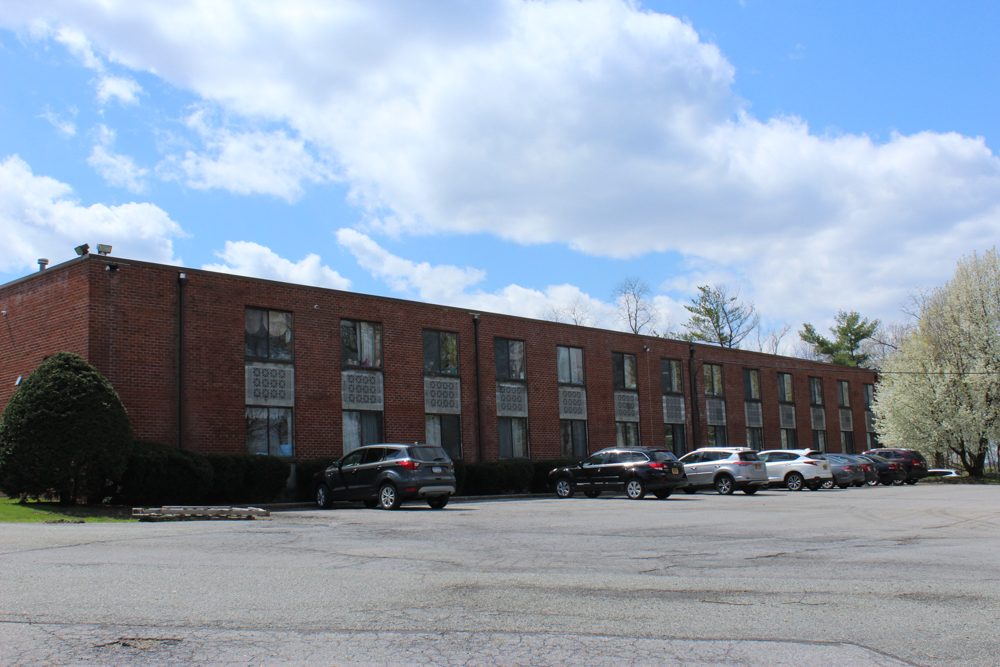 Fourteen residents have died of COVID-19 at the Fishkill Center for Rehabilitation and Nursing in Beacon. (Photo by L. Sparks)

But facilities struggle with vaccine refusals

At the same, time, about 15 percent of nursing home residents in the Mid-Hudson Region, and 34 percent of staff, have refused the vaccines, in many cases citing safety concerns. That, in turn, has created concerns among family members that the ability of nursing homes to again allow visitors will be delayed.

By the end of the third week of May, about two and a half months into the pandemic, Wingate at Beacon had reported 36 cases of COVID-19 among its residents, along with 87 suspected cases. Eighteen residents have died.

The Fishkill Center for Rehabilitation and Nursing in Beacon was also hard-hit. As of Wednesday (Jan. 20), 80 residents had been infected and 14 had died since the pandemic began, and 87 staff members had been infected, according to data posted by the facility on its website.

Dutchess County nursing homes overall have had 84 confirmed COVID-19 deaths and nine presumed deaths as of Monday (Jan. 18), and Putnam County had 18 confirmed nursing home deaths, according to the state Department of Health.

Now, two vaccines have brought hope for residents, their families and staff.

At least 105,000 doses of the Pfizer-BioNTech and Moderna vaccines had been administered to residents and staff at the state’s 611 nursing homes as of Monday, according to state officials. CVS and Walgreens employees are administering the shots under a federal program for nursing homes.

About 7,000 of the 10,289 nursing home residents in the Mid-Hudson Region, which includes Dutchess, Putnam and five other counties, had been vaccinated as of Monday, according to the state, along with 6,120 of 16,000 staff members. But significant percentages of residents and staff have been refusing the vaccine, whose creation and distribution has been accompanied by misinformation and concerns about safety.

The vaccinations not only protect residents and staff from becoming seriously ill with the virus but represent a step toward relaxing bans on visitors.

One study concluded that nursing home residents have died not only from the virus but because of “neglect or failure to thrive” because of COVID isolation, said Richard Mollot, executive director of the Long Term Care Community Coalition, an advocacy organization for patients and families.

“Human beings need to be touched in their lives, and when you’re not touched for 10 months, you die,” said Mollot.

The Pfizer and Moderna vaccines each require two shots given weeks apart. Under the federal program, CVS and Walgreens employees began administering doses at nursing homes on Dec. 21 under a three-visit system: the first to deliver the initial dose; the second to deliver second doses along with first doses to anyone who missed the first visit; and the third to give any remaining shots.

The Fishkill Center for Rehabilitation and Nursing, whose administrator did not respond to a request for comment, completed its second visit on Jan. 13, according to a post on its website. The first took place on Dec. 22.

Overall, the “vast majority” of nursing home residents have agreed to be vaccinated and many facilities have, like the Fishkill Center for Rehabilitation and Nursing, completed their second visit from the pharmacies, said Stephen Hanse, president and CEO of the New York State Health Facilities Association.

But while the vaccinations continue, “family members we’ve been hearing from are concerned that [vaccination refusals] may delay their ability to go back and visit their family members,” said Mollot.

Both he and Hanse say the state and federal governments have failed to create an effective education campaign aimed at people skeptical about the effectiveness and safety of the vaccines.

The administration of Gov. Andrew Cuomo also “planted seeds of doubt” last fall when it raised concerns about the quality of any vaccine approved by the Trump administration and formed a state panel of doctors, scientists and health experts to vet whatever vaccines the federal government authorized, said Hanse.

Some residents and staff were first waiting to see if those getting vaccinated have a reaction before agreeing to the shots, said Hanse and Mollot.

“Now that they’re seeing real positive results, in that there’s no real side effects in a majority of the cases, we’re seeing the numbers go up on those second visits,” said Hanse.

Cuomo on Monday cited the vaccine refusals in announcing that about 65,000 of 120,355 unused doses that had been set aside for nursing homes would be reallocated to vaccinating other people who are eligible.