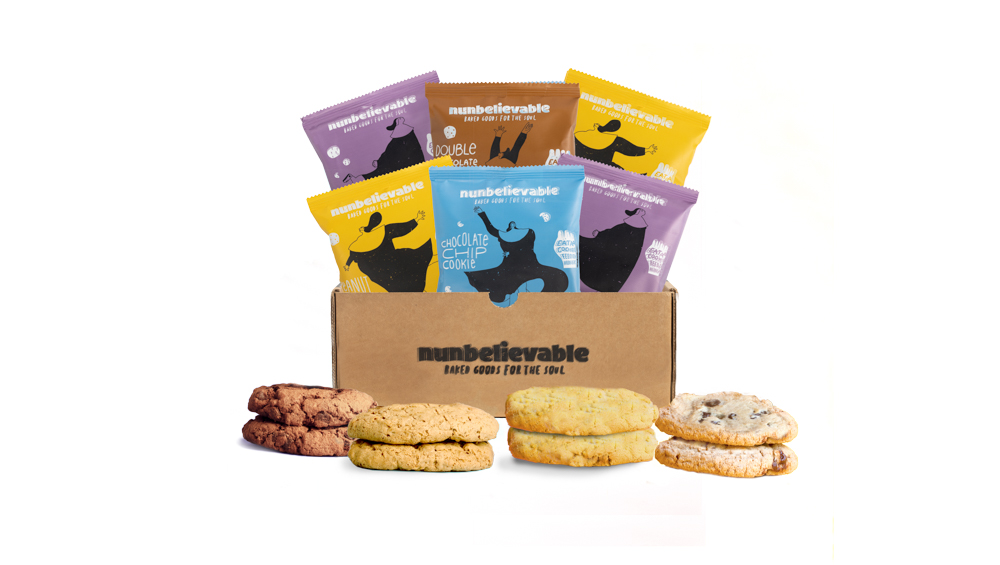 Bryan Janeczko, who lives in Garrison with his partner, Terry Young, and their 6-year-old son, is a social-venture entrepreneur. His most recent firm, Nunbelievable Cookies (nunbelievable.com), donates meals to food pantries for every cookie sold.

Were you that kid who always came up with money-making ideas?

I turned to entrepreneurship out of necessity when I was entering high school. I was too young to get a job at McDonald’s, so I got a paper route and sold candy bars at school. I built a network with students selling at other schools. It worked great for a semester, but then the principal called me in. He said I had to stop because “it could lead you down a path to sell other things that we don’t want you to.” When I turned 16, I got a job in fast food so I could save for college.

What was the first big lightbulb idea?

NuKitchen. I had my MBA from New York University and was working for Morgan Stanley. I realized that there were many busy professionals like me running around and not eating healthily. You could never know what ingredients were in takeout food. I had spent time traveling in Europe, where I became aware of the Mediterranean diet. A business partner and I created an online model in which breakfast, lunch and dinner could be delivered to you any day of the week.

It was the first local online order system for meal deliveries, and it grew it into a multimillion-dollar business. We partnered with different organizations, but particularly with women’s housing and economic development in the Bronx, helping the women eat healthier. We operated it as a for-profit business that folded in nonprofit elements.

Eventually we sold the company to Nutrisystem. After the sale, it became clear to me that my mission was “social venture,” that is, doing good while running a business, and how important that aspect is in attracting and retaining talent. I firmly believe this is the business model for the future. If you buy something, you want to know that your dollar has purpose. 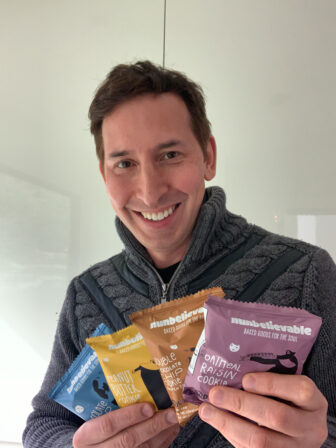 What’s the story behind Nunbelievable?

Over the last couple of years, I’ve been identifying investment opportunities and putting together business models for backers. One of those backers brought the Nunbelievable story and name to me [the brand is inspired by a group of San Francisco nuns who run a soup kitchen]. We launched in 2019 with four varieties, including gluten-free double chocolate. We have two more coming soon: a sugar-free, keto-friendly snickerdoodle and chocolate chip. Some of our cookies are snack-size, including a shortbread made with baobab from Africa, which has a subtle, tangy, citrusy taste. We’re testing the business model, and whether it’s scalable, as well as retail. We just began selling through Walmart.com.

Because Nunbelievable is a food brand, we work with food banks to provide meals and figure out how to get people out of soup kitchens. Building a brand that’s sustainable means the bigger we become, the more we can do. One of our charities, House of Mercy, has a soup kitchen and many other services: shelter, clothing, drug addiction services, a plethora. The root may be food insecurity, but we can give them a leg up in other ways.

Is there an entrepreneurial personality?

Yes, but there are variations. There are idea generators who have the resiliency to see them to fruition. There are problem-solvers who figure out how someone else’s idea can serve a need. A third type acts out of economic necessity. That was me. I wanted to buy things and pay for college, and entrepreneurship was a path to economic independence. One might fall into all three, or just one of the three. The critical thing is, no one can do it alone.

Entrepreneurship does inevitably take someone who is on the riskier side of the spectrum. For instance, some of my darkest days were about a year or so into NuKitchen. I was living in a fourth-floor walk-up in Hell’s Kitchen. I had liquidated my 401K. I realized my calling was social venture, but I wasn’t a foodie or a techie. We were losing money. I got a loan from the New York City Investment Fund that I had to personally guarantee. Those kinds of decisions stem from a combination of things, including calculating risk. Later in life, I wouldn’t have done it.

How are you enjoying life in Philipstown?

We’re loving it. We bought our home in early 2016. With the birth of our son, we moved here for the quality of life — the hiking, fresh air, the friendly people and a commutable distance. It’s such a wonderful community. It’s all new to me; I grew up in suburban Milwaukee — not the part of Wisconsin with the rolling hills and farms.

Any other ideas waiting to hatch?

There’s so much one can do in the world! Serving others is a lifelong choice. We’re trying to instill that idea in our son. It can be hard convincing him that, “Hey, you have toys you’re not using and maybe other people can use and enjoy them.” We try to make it an experience, having fun packing them up. Also, I try to meditate every day, and sometimes he participates in the giving-thanks closing. That’s a beautiful thing to see. I hope the practice will stick with him.