The state Department of Environmental Conservation fined a Beacon woman $500 and confiscated a leopard hide she offered for sale online.

Kimberly Sauer paid the fine in October, although the DEC only reported the seizure on Jan. 19. 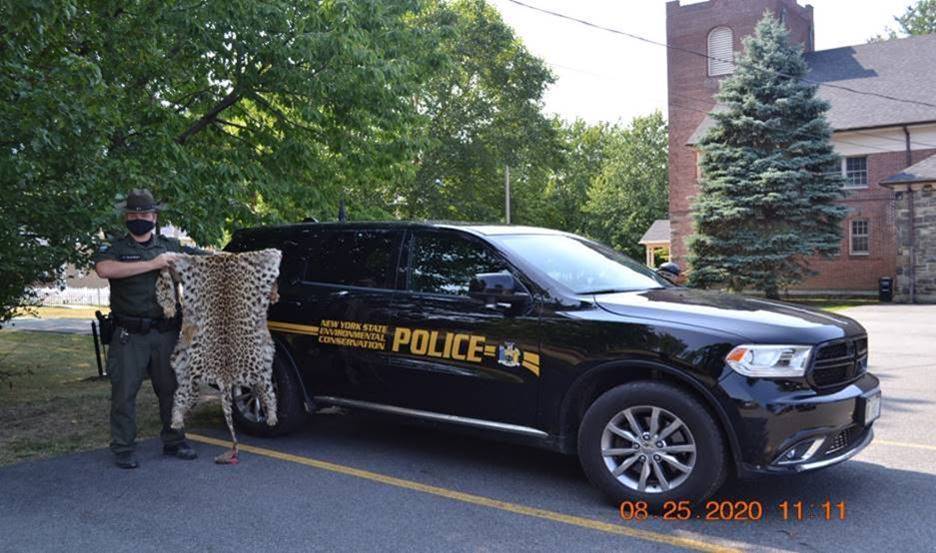 A state investigator displays the hide that was seized.

The agency said that an investigator responded to an online ad on Aug. 19 that offered a leopard hide for sale for $1,400. A week later, the investigator posed as a potential buyer and met with Sauer, who said the hide was authentic.

Sauer entered into an order on consent with the DEC for the illegal commercialization of an endangered species. In addition to the fine, she forfeited the hide, the DEC said.