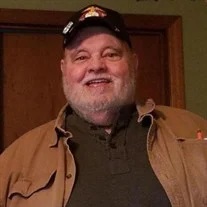 He was born in Beacon on May 5, 1950, the son of James and Agnes (Root) Kelliher. “Big Mike” served in the U.S. Marines during the Vietnam War and was later commander of VFW Post 666 in Beacon.

Mike was an owner-operator with North American Van Lines and held other jobs. After visiting Ennis, Montana, for a Marine Corps reunion, he decided 20 years ago to retire there.

Before moving to Montana, he was a member of the Knights of Columbus, Trinity Council No. 445 and a 50-year member of the Mase Hook and Ladder Fire Co. in Beacon, where he played Santa Claus at Christmas and delivered candy on the fire truck to the neighborhood kids.

Mike was a kind and gentle soul, with a rough exterior, who was loved by many, his family said.

He is survived by his siblings: Patrick Kelliher of Saratoga Springs, James Kelliher of New Hamburg, Mary Baxter (Daniel) of Galway, Kathy Smith (Edward) of Petersburg and Timothy Kelliher (Tina) of Beacon.

A Mass of Christian Burial will be held on Tuesday (Feb. 9) at 10 a.m. at St. Joachim Church in Beacon, followed by burial with military honors at St. Joachim Cemetery in Beacon. Memorial donations may be made to the Wounded Warrior Project (woundedwarriorproject.org) or the American Cancer Society (cancer.org). 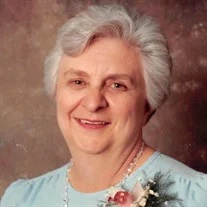 She was born in Beacon on June 16, 1931, the daughter of Joseph and Gertrude Gauthier. She graduated from Beacon High School in 1949. On April 15, 1956, she married Robert Moseman, who died before her.

Ginny worked at the Nabisco printing plant as a bookkeeper for many years and was a member of the Beacon Volunteer Ambulance Corps for many years. She was known for making beautiful knitted pieces for hospitals, friends and family. She was known as “Mom” by more than her four sons.

A graveside service will be held on Thursday (Feb. 4) at 1 p.m. at Fishkill Rural Cemetery. 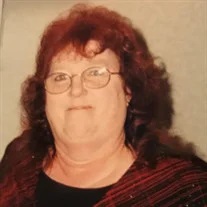 Caroline was a loving mother and grandmother who especially enjoyed watching her son play baseball, her family said.

She is survived by her daughter, Shannon Papula (Ronald Reynolds); a grandson, Joshua Reynolds; her sister, Catherine Papula (Lawrence); her niece, Catherine Boes (Jeffrey); and her close friends, Joseph Zahn, Tina Green, Donna Tomlins and Jean Anzovino. Her son, Joseph “Yogi” Papula III, died before her, as did her brother, Robert Sinclair Jr., and a niece, Deborah Papula.

A funeral service was held on Jan. 27 at Riverview Funeral Home by Halvey in Beacon, followed by burial in the family plot at St. Joachim Cemetery.