Collects about 1 percent more than in 2019 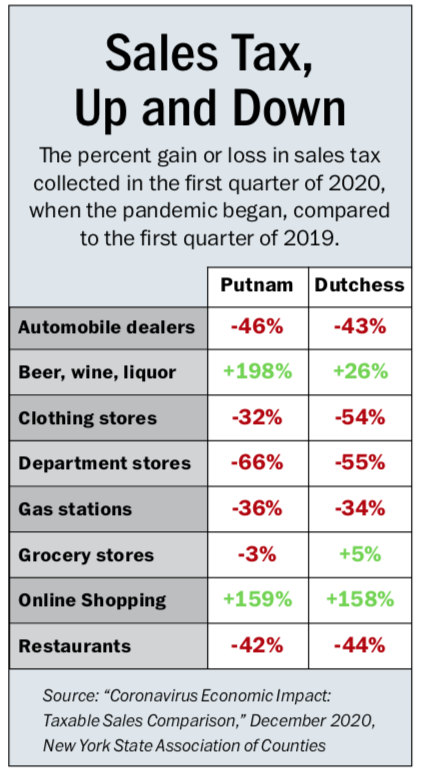 Despite the economic shutdown during the COVID-19 pandemic, Putnam County collected nearly $66.8 million in sales tax in 2020, or about 1 percent more than in 2019, according to data shared with county legislators on Monday (Jan. 25).

At the Legislature’s Audit Committee session, held by audio connection, Finance Commissioner Bill Carlin attributed the uptick to online shopping making up for the loss of sales tax revenue from shops and restaurants closing or having limited hours from mid-March to the end of the year.

New York State began collecting sales tax from e-commerce businesses in 2019. Carlin later explained in an email that “pure” internet sales can be hard to distinguish, because, for example, if a resident buys clothes at Kohls.com instead of visiting Kohls in Brewster, the same sales tax flows to the county. But, he said, he expected that Putnam will see about a 90 percent increase over 2019 in sales tax collected by sites such as Amazon.