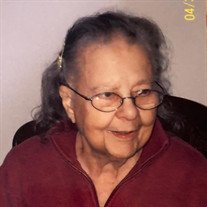 Eunice Aliotta, 99, of Fishkill, and formerly of Beacon, died Feb. 2 at her residence.

A private funeral service will be held, followed by burial at St. Joachim Cemetery in Beacon. 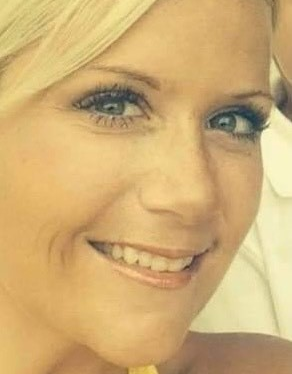 Meghan L. Ashcroft, 37, of Newburgh and formerly of Beacon, died Jan. 30 at her home after a long illness.

She was born in Poughkeepsie on Dec. 28, 1983, the daughter of Timothy (Terri) Davis and Michele Conine. She was a 2002 graduate of Beacon High School, where she played varsity tennis and softball.

Meghan worked in food service for many years. While employed at the Bonefish Grill in Poughkeepsie, she met her future husband, Tyler Ashcroft. Meghan loved to spend time with her family and enjoyed many Lake George getaways with her parents and road trips down south to Cousin Robbie’s.

She will be remembered for her fearless passion for life, her joy in making others happy and being the one person you could always count on, her family said.

Family and friends will gather from 4 to 8 p.m. on Tuesday (Feb. 9) at the Libby Funeral Home in Beacon, where a service of prayer and remembrance will be held at 7 p.m.

He was born in Beacon on May 29, 1942, the son of Philip and Olive (Greene) Houghtalin. After graduating from Beacon High School, Glenn served in the U.S. Army during Vietnam. He later worked at IBM for 35 years in Poughkeepsie, White Plains and East Fishkill, retiring as a senior level manager of information services. He was also responsible for services in Vermont, Texas, Virginia, Maryland, France, Ireland, Germany and Italy. He received three Division People Management awards.

Glenn was elected to the Dutchess Legislature to represent Beacon and served as its chair. He was also chair of the Ways & Means Committee and as a member of the Dutchess County Republican Executive Committee and the county Traffic and Safety Committee.

Glenn was proud of his heritage, his family said. His ancestors were among the arrivals on the Mayflower, fought in the Revolutionary War and included Major Gen. Gouverneur Kimble Warren, who commanded the U.S. 5th Army and was a hero of the Battle of Gettysburg, and Emily Warren Roebling, who with her husband built the Brooklyn Bridge.

He is survived by his wife, Patrice Williams Houghtalin. His son, Brian, died on July 22. A private interment will be held at the family plot at Fairview Cemetery in Beacon. 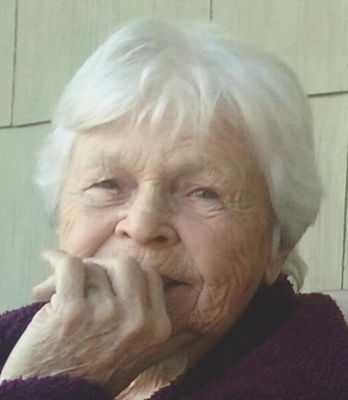 She was born in the Bronx on June 29, 1937, the daughter of the Mark and Anna (McManus) McKinstry. She attended school in the Bronx and later married Alex Robertson Jr., who died in 1989.

Helen worked as a pharmaceutical technician at the Fishkill Correctional Facility in Beacon until her retirement in 2004.

She is survived by her son, Dale Robertson (Kelly); her sister, Jean Lopes of Danbury, Connecticut; her brother-in-law, George Robertson of North Carolina; her grandchildren Xander and Mathew Robertson, Kyle Barrack and Alex Robertson IV; and a great-grandson, Ty Robertson. Three of her children, Mike, Alex and Debbie, died before her.

A service was held on Feb. 4 at St. Joachim Cemetery in Beacon. 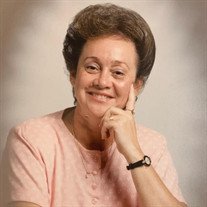 Gladys Rosa Viera, 78, a native of Puerto Rico who lived in Beacon for 60 years, died Feb. 3 at her home surrounded by family members.

She was born Oct. 13, 1942, in Rio Piedras, Puerto Rico, the daughter of Roberto Mendez and Francisca (Panchi) Machuca. On Oct. 21, 1961, in Beacon, she married Santos Viera Ramos, who survives at home.

Gladys attended the University of Puerto Rico. She held several jobs before her retirement in 1988: She was a case manager for the state Office of Mental Health, one of the first female corrections officers, a nurse at the Matteawan State Hospital and an employee of the Beacon City School District.

In addition to her husband, she is survived by her children, Erick Viera (Carmen) of Miami; Bethzaida “Betsy” Catalano (Danny) of Beacon; Marilyn “Nani” Ricottilli (Greg) of Beacon; and Wendy Pitt (Nathan) of Cornwall. She also is survived by her grandchildren, Erika, Christina, Gregory and Dominic Ricottilli, Dylan and Priscilla Pitt, and Joshua and Nina Catalano; her great-grandchildren, Jayden, Amani, Jesanna, Jacob, Joseph, Mariana, Olivia and Sophia; and her siblings: Luis Mendez, Elba Castro, Gabriel Soto, Edwin Soto and Wilfredo Soto.

Family and friends will gather on Thursday (Feb. 11) from 4 to 7 p.m. at Riverview Funeral Home by Halvey in Beacon. A funeral service will be held at the funeral home at 11 a.m. on Friday, followed by burial at Fishkill Rural Cemetery.