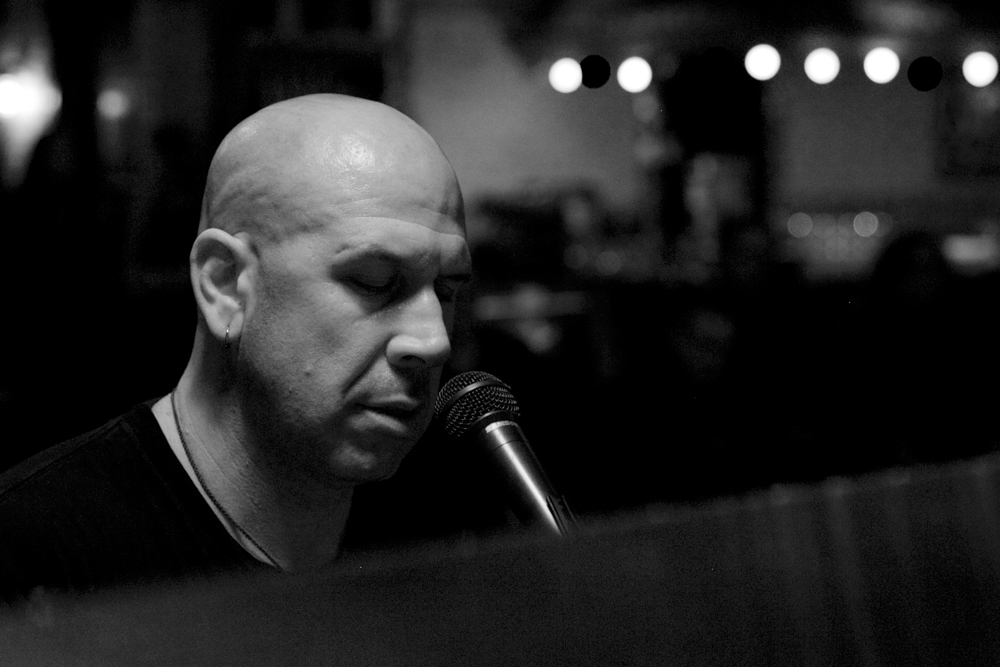 After a move to Beacon, songwriter returns to roots

In whatever role, as composer, lyricist or songwriter, Jeremy Schonfeld usually thinks big, building his projects around complicated ideas.

His latest album, Brooklyn to Beacon, tackles, he says, “the never-ending search for meaning and purpose in our lives, especially as we get older. Are we still relevant? Do we still have something to say? What are the legacies we will leave behind?”

Selections from the album will be featured in a performance with Will Bryant called Anthem: Songs of Life (and Death) in America livestreamed from the Howland Cultural Center in Beacon at 8 p.m. on Saturday (Feb. 6). Tickets are $15 at howlandculturalcentertix.com.

Schonfeld, 51, says he had been feeling dissatisfied with his professional life. “I’d been writing shows during my 40s and I felt like somewhere along the way I had lost my ability to sit down at the piano and write songs I wanted to write,” he says. “I’d become this commissioned deadline writer and, as an aging musician, was struggling with the idea of identity. I’d consider: ‘Am I the composer Jeremy or the singing-at-the-piano Jeremy?’ ”

Once he and his wife and two young children moved from Brooklyn to Beacon in 2018, he began writing songs just for himself again. He also headed across the river to collaborate with other musicians at Building Records, a Marlboro studio housed in what was the original site of the music venue The Falcon.

“I worked with some young guys with old souls,” he recalls. “It was good to collaborate, and to make an album where I was singing what I wrote. The guys told me I should make this album. I didn’t have any grand expectations.

“When you go through the songs, there’s a lot of talk about aging, love, gratitude,” he says. “The album has no angst, no anger. Some of the songs, like ‘Brooklyn to Beacon,’ came from walking around town, opening up to a different kind of life.”

Music has always been part of his life. When he grew up in St. Louis, there was a piano in the house and “lots of lessons and music camp,” he says. After attending the Indiana University and Berklee schools of music, Schonfeld returned home and then moved to New York City at 21, courtesy of a BMI Lehmen-Engel musical theater workshop sponsorship.

There, he fell in love, married and had a daughter, now 24, while doing studio and commercial work and recording his material. By the 1990s, he says, “a lot of musicians were hitting the road, doing it by bus and truck, but I had a family so that wasn’t going to happen to me.”

At 30, he created a concept album-turned-theater piece called Drift. It tackled “the emotionally turbulent journey of a man experiencing that first year after his marriage has ended,” he says. That led to a contract with Sh-K-Boom records and   more musical theater work; he has since written many other shows.

“A lot of my drive was centered on being a Holocaust survivor’s son,” he says, “Never feeling 100 percent settled is a common thread. You don’t just survive, you survive for a reason, succeed in a way that carries the religion. That was hard for me, living up to that self-imposed idea.

“By the end of my 30s, my father was becoming sick, and I started working on Iron and Coal, a father-son piece, about the father coping with the idea that he survived. I spent years on this hard, huge-scale project, done in Vienna. My father died the day it was mastered.” 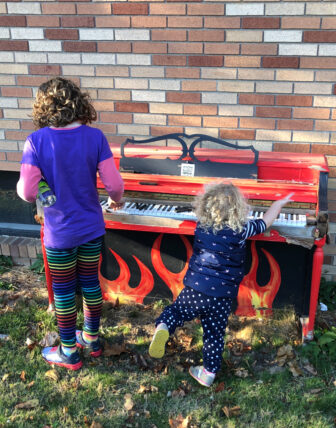 Schonfeld and his second wife, Sarah-Jane, a New Zealand-born actor and equine therapist, were married onstage at the Neighborhood Playhouse, and have two children, ages 3 and 8. Their move to Beacon was prompted by a desire for change, he says.

“We had friends, artists who had moved here a couple of years before us, who beckoned,” he recalls. “We had also been looking at Nashville, but it dawned on me that I didn’t actually need the big-city part. I’m not giving up the status of calling myself a musician or artist by living outside the city. And actually, life is pretty awesome when you have some space to breathe.”

Early in the pandemic, Schonfeld and his family headed to New Zealand. But they’re happily back in Beacon, and Schonfeld is eager to share his music with the community. He describes Anthem as “a look at the country and the 20 years we’ve endured since 9/11 and how the thread that ties us together is the stories we tell and those who hear them. It’s something I hope will become a larger piece, or could be a concept album. The evening is all under that umbrella.”