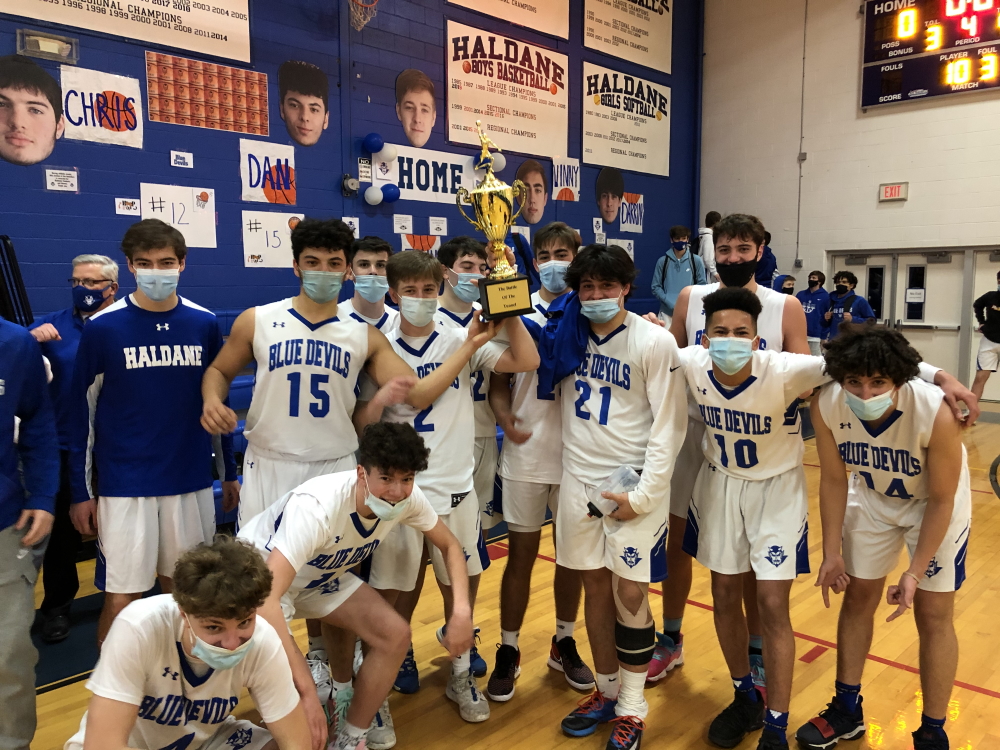 Haldane captured the second Battle of the Tunnel trophy. (Photo by Skip Pearlman)

The Beacon girls’ team twice defeated Haldane, defeating the Blue Devils at home on Friday, 47-30, and then again on Saturday morning in Cold Spring, 44-36, on Haldane’s senior day. The Bulldogs start the season 2-0 and Haldane fell to 0-2. 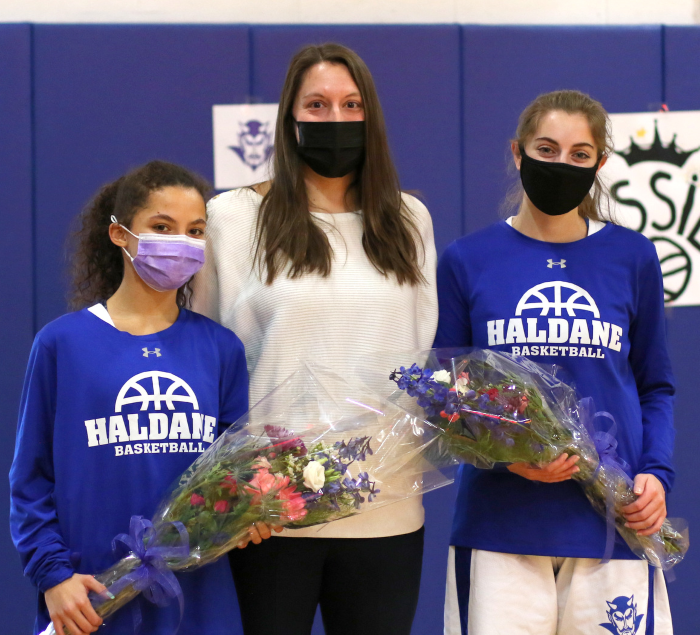 The Haldane girls are scheduled to play home and away games against North Salem before traveling to Putnam Valley. The only boys’ game scheduled so far is at Beacon on Feb. 20.

Spectators will not be allowed at any of the games, but the Haldane boys’ and girls’ contests are livestreamed at events.locallive.tv.