A few miles separate Beacon resident Debbie Brennen from her parents, Gunta and Ed Broderick, who live in the Town of Fishkill. But months remain before they can again step inside each other’s homes. 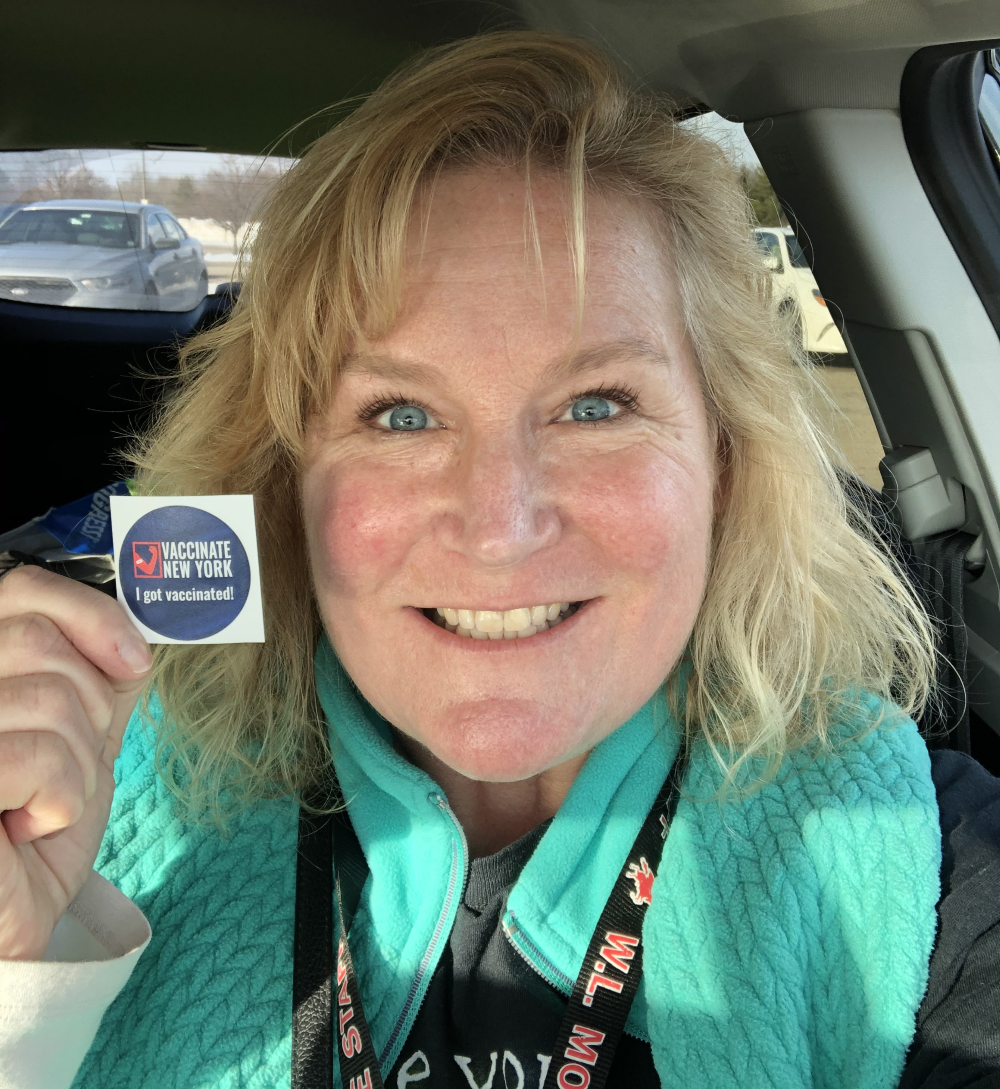 Last week Brennen and her parents received, on the same day, their second and final COVID-19 vaccine shots. Still, as a teacher who has already had to quarantine once because of a close exposure, and a spouse whose husband is immune-compromised, she is going to maintain precautions “until many more people get vaccinated.”

“My parents and I have agreed, maybe in a few months we’ll allow ourselves to hug each other and eat a meal in the same house,” said Brennen.

Brennen and her parents are members of a pioneering group — the nearly 1.2 million New York residents who, as of Tuesday (Feb. 16), have received their booster doses of the Pfizer-BioNTech or Moderna vaccines, both of which require two shots weeks apart.

While they and other local residents who are fully vaccinated are expressing relief and joy, they are also heeding the guidance of health officials who warn that the country has to immunize many more people before shedding the restrictions that have reduced infections but also kept families apart, shelved travel plans and damaged businesses.

Caitlin Hayes, a Putnam Valley resident and nurse at NewYork-Presbyterian Hudson Valley Hospital in Cortlandt Manor, has seen the worst of the pandemic: gravely ill patients and co-workers who became infected and died. Returning home from shifts, she shed her scrubs and showered before seeing her young daughter and elderly mother, and limited how much she touched both of them.

Hayes, who received her second shot last month, “is more comfortable being more physical” at home, but maintains the same precautions, she said on Tuesday. She named a list of concerns: the extent of side effects; how long immunity will last; whether the shot will have to be given annually, like those for the flu.

“There’s a lot of unknowns, but at least it gave me less of a chance of contracting it and bringing it home to my family.”

It is those unknowns the federal Centers for Disease Control and Prevention cites in its guidance about post-vaccination behavior.

Both the Pfizer and Moderna vaccines proved effective in clinical trials at keeping people from getting sick, but both companies say that the duration of the protection is “currently unknown.” In addition, according to the CDC, scientists are still unsure whether the vaccines will prevent a vaccinated person from spreading the virus that causes COVID-19, which can happen even when the infected person shows no symptoms.

The agency recommends that people who have been vaccinated continue to wear masks, practice social distancing and take other precautions. 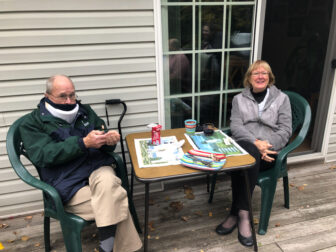 Ed and Gunta Broderick enjoy themselves at an outside, socially distant family birthday party in October. (Photo provided)

Gunta Broderick said she and her husband have been “keeping to ourselves and waving to our kids” during socially distanced visits, a safety measure they will continue for now despite being fully vaccinated. On the horizon, they hope, is a trip to New Hampshire in May to celebrate a grandson’s graduation from high school, and another to Georgia in December, when another grandson graduates from college. Gunta also wants to see her mother-in-law, who is 107 years old and at a nursing home in Massachusetts.

“They have notified us that visits should be allowed soon,” she said.

Progress is slow in the face of a vaccine supply that is dwarfed by the demand, frustrating people who are eligible to receive shots but unable to get an appointment. On Tuesday, at a town hall in Milwaukee, President Joe Biden predicted that anyone who wants a vaccine will be able to get one by the end of July.

Until then, Amy Richter will follow the CDC’s advice.

The Garrison resident teaches music at the Nora Cronin Presentation Academy in the City of Newburgh, which will resume in-person classes next week because Richter and the other teachers have received both vaccine shots. Richter said that she and her students will be wearing masks and practicing social distancing, and that she will sanitize the drums between classes.

While she does not “feel any different now” because safety measures are still necessary, and many more people have to be fully vaccinated, Richter is pleased that her mother, who lives at an independent living community in New Jersey, just received her second shot. She is also looking forward to playing music with other people, singing in choirs and traveling with her husband, who retired from the Haldane school district in June.

“We have all sorts of plans to travel and, obviously, they haven’t been able to be realized,” she said.

7 thoughts on “The Vaccinated Hope and Wait”