Allan Wernick of Cold Spring is an attorney and founder and director of Citizenship Now! at The City University of New York. 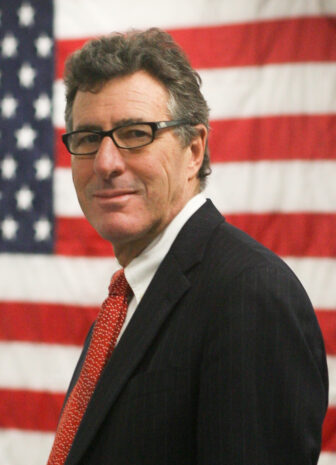 What led you to a career in immigration law?

I was politically active in the anti-war and student movements in college. In law school, I wanted to use my legal skills for the public good, and after my first year I got an internship with an immigrants’ rights organization in Los Angeles. The week I started, the U.S. Immigration Service started dragnet raids, arresting people in East Los Angeles, a mainly Mexican-American community. I immediately got embroiled in the legal fight to stop the raids.

What would you change about immigration law and the naturalization process?

Legislatively, we need a path to citizenship for the 11 million undocumented immigrants, including checks to ensure applicants don’t have criminal records. Administratively, we can streamline the citizenship process. During President Obama’s final years in office, it took four to six months to become a citizen. Under President Trump that became a year-and-a-half, even before the pandemic. There are people living here with green cards who are integrated in our society, paying taxes. They should be able to become citizens so they can vote, become police officers, join the military and so on.

What is the role of Citizenship Now!?

Immigration law is complex, so even in a simple case, it’s easy to make a misstep. About 60 percent of those we help are applying for citizenship. We don’t represent them but we have lawyers and paralegals who help them complete applications for citizenship or permanent residence. We explain the requirements, make sure they qualify, ensure they include everything that’s needed with their application. Most don’t need a lawyer.

You have written a column for the New York Daily News for 25 years. Is it still relevant?

I’m pleased with it. Mainly it’s like “Dear Abby” on immigration. There’s a lot of bad information out there, and people who want to rip people off. There is no shortage of questions; the letters have not stopped coming.

The U.S. can’t accommodate everyone who wants to become a citizen. What should the criteria be?

We need workers: agricultural workers, professionals, skilled workers. And we have to accommodate their families. Our current immigration categories, which include family members, needed workers and exceptional workers, is a good system for selection. It weeds out people with serious criminal records, people who can’t live here without public assistance. The one thing I would do is increase the numbers. America can accommodate a much larger number — but not this week! Once we get though the pandemic and feel more comfortable having people cross borders, and unemployment decreases, we can accommodate a lot more. If we don’t, we’re going to have a hard time paying for Social Security. We need younger workers paying into it so that older workers can get the benefits.