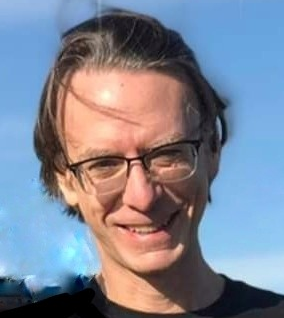 He was born March 11, 1969, in Nova Scotia, Canada, the son of Robert and Patricia (Tuttle) Maxwell.

Tim graduated from Croton High School and Purchase College. He was a curator for Green Mountain Minerals in Beacon, a professional auto racer, high-performance driving instructor and microscopist. He was an animal activist and a devoted vegan who inspired many people onto a path of healing, his family said. Tim was a true Yogi, often seen practicing yoga with his wife, Julia Zern, whom he adored.

They were married on Dec. 3, 1999, in Red Rock Desert, Nevada. He lived for his wife and three daughters, his family said.

Besides his father and wife, Tim is survived by his daughters, Maja (19) Mazzie (16) and Milla (11), as well as his siblings, Steven Maxwell and Jennifer Maxwell-Bencivenga. He also is survived by a nephew, Robert Bencivenga, and niece, Liliana Bencivenga.

A memorial visitation will be held on Saturday, March 6, from 2 to 5 p.m. at Clinton Funeral Home, 21 Parrott St., in Cold Spring. Friends also have established a fundraiser to benefit the family at GoFundMe.