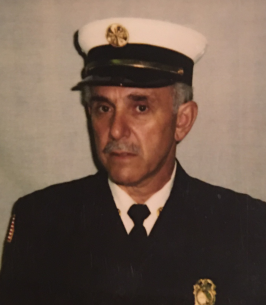 George worked as an electrician and belonged to the I.B.E.W. Local 363. He retired in 2005. He was a charter member of North Highlands Engine Co. 1, where he served as chief and commissioner and was instrumental in the rebuilding of the firehouse. His family said he was proud to be the patriarch of three generations of service to the department, followed by his son and grandson.

George enjoyed camping and the outdoors. He was a skilled handyman who enjoyed working around the house and lent his skills to help family and friends on home projects.

A Mass of Christian Burial will be offered at 11 a.m. on Saturday (Feb. 27) at Our Lady of Loretto, 24 Fair St., in Cold Spring. After the service, a funeral procession will pass by the North Highlands Engine Co. 1 Fire House, followed by interment at Cold Spring Cemetery.

Information provided by the McHoul Funeral Home of Fishkill