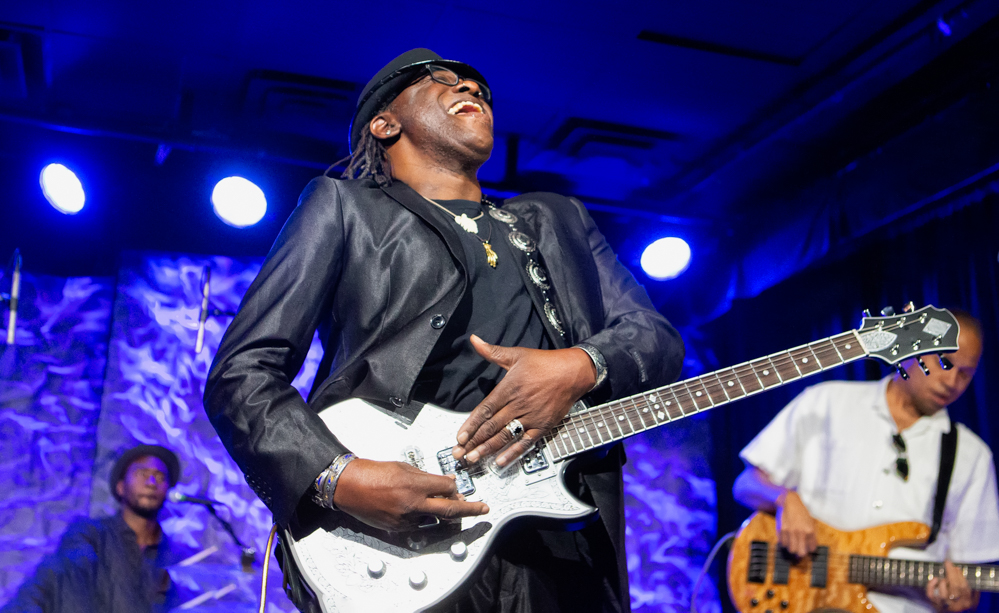 Three years ago, the Hudson Valley Blues Society formed in Patterson to “preserve and promote the past, present and future of blues music.”

One year ago, everything shut down.

Unable to perform or raise funds, the group instead began work on a double album, HVBS Blues Alive in the Valley: The Lockdown Sessions, which features 23 original songs written and performed by musicians from the region. 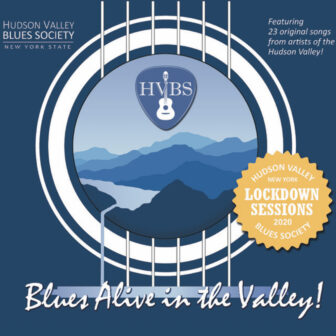 The society produced a double album of original blues by Hudson Valley artists.

“We put a call out to our members,” explains Hillary Fontana, a founding member of the nonprofit and an officer. “No one can tour, so opportunity struck. We’ve found that, through lots of airplay, largely on internet radio, we have new listeners from around the world. We also picked up a sponsor, Meadow Blues Cafe. She names her drinks after blues artists.”

All this is good news for the group, which came to life simply through a shared love of the blues, in its many forms.

“If you want the blues to survive, you need to get involved and support it,” Fontana says. “We want to get right to the foundations: teach it in the schools not just in music class but tied to civil rights and other parts of history.

“I also have a mission to teach adults about blues history,” she says. “I’m fascinated by the juke joints, those one-room shacks in the South where the blues originated, and how it traveled across the country. Blues covers so many areas and each region has their own sounds: Chicago, Texas, St. Louis, Florida. You can go anywhere in the country and listen to it.

She says friends who knew that she and her husband, Steve, loved the blues suggested they launch the society. “A group of us were disappointed that we couldn’t find anything in New York state, so we decided to give it a shot, and it’s taken off like wildfire.” For example, a recent mention on a Poughkeepsie radio show brought in 20 members, she notes.

In addition to public education, the society supports blues musicians who live and/or perform in the Hudson Valley. This extends to promoting tours and gigs at venues such as the Towne Crier in Beacon, The Turning Point in Piermont, Daryl’s House in Pawling, The Falcon in Marlboro and further afield.

“In normal times, blues artists play there all the time, and ticket prices are usually way less expensive than seeing the same artist in New York City,” Fontana notes.

The couple founded the society with Paul Toscano, who is now the group’s president. They met through a mutual friendship with members of a blues band that was passing through on tour. Toscano is a former state ambassador for the Blues Hall of Fame in Memphis.

Hillary Fontana came to the blues through the Southern rock she grew up with by groups such as Lynyrd Skynyrd and The Allman Brothers Band. She says B.B. King was “my first love. I saw him perform so many times. I discovered, through the Blues Society, that my love for different kind of blues is evolving. There are young musicians coming up who amaze me. It’s always that gritty, barroom, lowdown rock. It started with rock for me, but then I could pinpoint it in the blues.”

In 2013, the Fontanas took their first “rhythm and blues” cruise, where they saw performances by New York musicians such as Professor Louie and The Crowmatix, Popa Chubby, Dave Keyes and Guy Davis. That made it all the more surprising there was no New York-based blues society.

“My husband and I were intrigued at what a small family the blues players are,” Fontana recalls. “Blues artists stick together — it’s like telephone tag.” 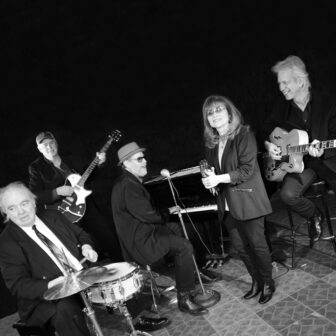 Professor Louie and The Crowmatix

In January, the HVBS was inducted as an affiliate of the Blues Foundation, the fundraising arm of the Blues Museum. As one of the perks of membership, the society can send a band and musicians to represent the organization at the annual International Blues Challenge in Memphis, although the 2021 competition was canceled.

Each May, the Blues Foundation also hosts the Blues Music Awards. “There are several layers of competition, and those who advance get to go to Memphis and compete there, in knockout battles,” Fontana says. “Memphis shuts down for this. Whoever wins goes on the festival circuit and on cruises. Some of the greatest contemporary blues musicians have been discovered this way.”

The COVID-19 shutdown has curtailed the group’s activities, which include jam sessions, a table at the Hudson Valley Guitar Show and a fundraising bash at The Falcon, but it has stayed active on social media, Fontana says.

“Everyone’s suffering the same way,” Fontana says. “We need money to keep going, so we threw out the idea of a [benefit] CD. We expected eight or 10 submissions but they kept pouring in. We’ve already sold 100, which has covered the production costs.”

To join the Hudson Valley Blues Society or purchase its CD for $20 postpaid, visit thehvbs.org or write P.O. Box 63, Patterson, NY 12563. The society is hosting a Downstate Virtual Bluesfest on March 14 with the Long Island Blues Society and is sponsoring a concert scheduled for May 21 at the Paramount Hudson Valley in Peekskill with Joe Louis Walker, Guy Davis and Professor Louie and The Crowmatix.