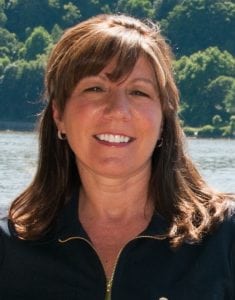 State Sen. Sue Serino, a Republican whose district includes the Highlands, announced this week that she tested positive for COVID-19 after recently experiencing symptoms.

Serino said in a post on Twitter that she was sharing news about her positive test because “while the vaccine has us all looking toward the future, it’s important to remain vigilant.”

“I am feeling good today, but I have been experiencing many flu-like symptoms and want to reiterate that we cannot take this virus for granted,” Serino said on Monday (Feb. 22).

The diagnosis comes seven months after Serino revealed that she had been diagnosed with early-stage breast cancer and was beginning four weeks of treatment.

Serino was diagnosed with ductal carcinoma in situ (DCIS), a form of non-invasive breast cancer. While the lumpectomy was successful, the tumor began to spread before it was removed, she said.