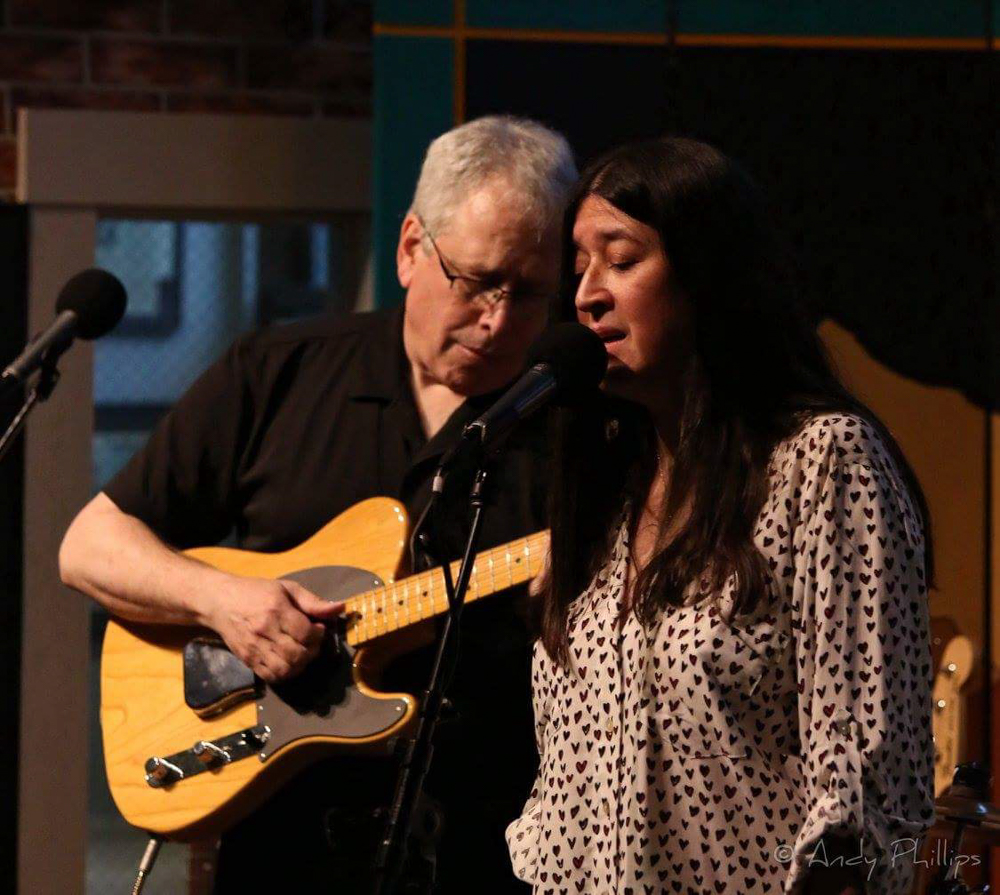 Angela Devine and Daniel Rayner, retirees who live in Cold Spring, perform as Dead End Beverly (deadendbeverly.bandcamp.com). They will perform by livestream on Saturday (Feb. 27) as part of NY Talent Media’s Spotlight Night.

You’ve said that many of your friends have no idea you are a band. Aren’t performers usually pros at promotion?


Rayner:
We play mostly in Beacon because it has the venues. We did the Howland Center open mic once a month, then started playing at the Towne Crier. We also perform across the river.
Devine: It doesn’t come up in conversations.
Rayner: We’re the best kept secret in Cold Spring!

When did you start playing?

Rayner: I started the guitar when I was 14. My mother had a large record collection of Broadway show tunes and lots of classical. My sister got a degree in piano at the Manhattan School of Music. When I was 25 I started taking lessons from a great teacher.
Devine: I always loved to sing; I’d sing to my mother in bed at night. I especially enjoyed harmonies. I always loved music but had never performed. We went to an open mic where Daniel performed, and I liked what I heard. One night, at Whistling Willies, I went up and sang with him.
Rayner: I had to pull her by the hand to get her to stand up in front of people. Angela has a voice that can stop people in a noisy bar.

You two finish each other’s sentences. How long have you been together?

Rayner: We were both born and raised in Brooklyn.
Devine: We went to Brooklyn College at the same time. Daniel was studying anthropology and I was pre-med.
Rayner: I didn’t become an anthropologist. I got a master’s degree in public administration later and was a mediator and a social worker. We went out for a couple of years, then went our separate ways and married other people. Angela found me on Facebook 35 years later.
Devine: I found a man who lived in East Flatbush, the neighborhood where I grew up. We had a lot of friends in common. One of his posts mentioned Dan Rayner. I thought — could it be? So I sent Dan a message.
Rayner: I almost fell out of the chair. We started communicating.
Devine: I was living in a small town in Pennsylvania. I had lived in Brooklyn until I was 40. My then-husband and I had a health food store in the city but we moved to the sticks for various reasons and things weren’t going well. After I found Dan, we made arrangements to meet at the Roscoe Diner [in Sullivan County].
Rayner: We were there for almost five hours.
Devine: It was three.
Rayner: Well, maybe.
Devine: It was a funny thing, too. I had a stress fracture, and every few minutes, I would shift and yell out, “Owww! Ooh.”
Rayner: She was wincing in pain, not at me. We caught up and things started to move from there. I was living in Mohegan Lake and had moved to Cold Spring after my divorce.
Devine: The friendship developed into something else.
Rayner: I have lived here 11 years, and Angela has been here going on nine. We’re old now, but we don’t feel old.
Devine: Depends on what time of the day.
Rayner: To me, Angela is the love of my life.

You’re recorded two albums. Where did you do that?

Devine: We recorded Talking Monkeys at Joe Johnson’s studio, Red Wally, in Beacon. When I came here, he was one of the first people I met. We learned a lot from Joe on what was possible.
Rayner: We learned on the job.
Rayner: Out of the Attic was recorded with Todd Giudice at Root Cellar, his studio in Cold Spring. It’s a collection of mostly traditional and older songs. We play everything from jazz to folk to blues to rock.
Devine: By time we started working with Todd we knew what we wanted and how we wanted it done.
Rayner: We don’t like to overproduce. We have an idea of what sound we want.
Devine: Producing a song is like making a food dish: you have everything in proportion, you taste it. We learned how to go from cook to chef.

Can you explain the band name?

Devine: When we were at Brooklyn College, there was a dead-end street called Beverly Road. One day we were driving around here and there happened to be a dead end, just like the one in Brooklyn. I said, “That would be a great band name: Dead End Beverly.”