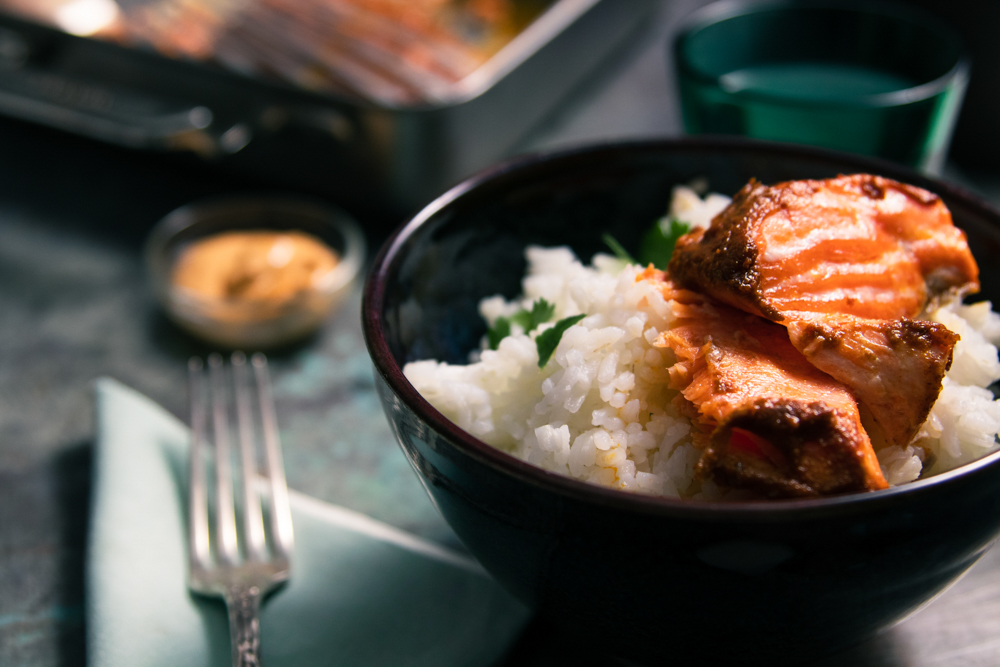 Writing a regular food column like this one creates a paradox. Whenever I come up with a recipe my family really likes, they just want to go on eating it: Kale made this way, cauliflower like that, ramen precisely so. Yet while there’s only so much room in our repertoire of family favorites, my biweekly deadlines require that I dream up something new 26 times a year.

Kids are such creatures of habit that they could (and often do) eat the same foods day after day. But I experience a disheartening sense of déjà vu if I’m forever sitting down to familiar dinners. Didn’t we have this just a few days ago?

“No, Mom,” the kids will reply, “that was last November.” At which point I remind them that time passes faster as one ages, and therefore November was yesterday for me, and don’t rub it in.

At any rate, I’m happy to keep exploring, and this column provides the perfect excuse.

Back in 2017 (aka, the day before yesterday), I wrote about an Asian salmon recipe that was such a hit we all started referring to it as “salmon the good way.” For over a year, it was the standard by which every other seafood dish was measured and fell short.

Eventually I grew restless, so one Sunday I came up with way of preparing salmon that was easier and, it seemed to me, just as tasty. Better still, this recipe included harissa, which in those days was a bit of an obsession of mine.

I’d encountered harissa a few decades earlier at an extraordinary Tunisian hole-in-the-wall joint in Manhattan. The neon-red paste was so eye-wateringly spicy that, while I love heat, I couldn’t bear adding more than a few flecks. After that, I kept harissa at arm’s length, consuming it tentatively only when eating out.

My loss. Harissa takes many forms. Indeed, because the name comes from the Arabic for “pounded,” it can refer to several wildly divergent dishes, including a semolina cake. But the harissa I’m referring to — the harissa many of us know by that name — is a paste of dried chili peppers, garlic and salt; most versions also include olive oil, lemon juice and spices such as cumin and coriander. Although the paste originated in Tunisia some 500 years ago, it incorporated several even-older culinary influences: Chili peppers, a New-World ingredient, had traveled to North Africa via Spain. 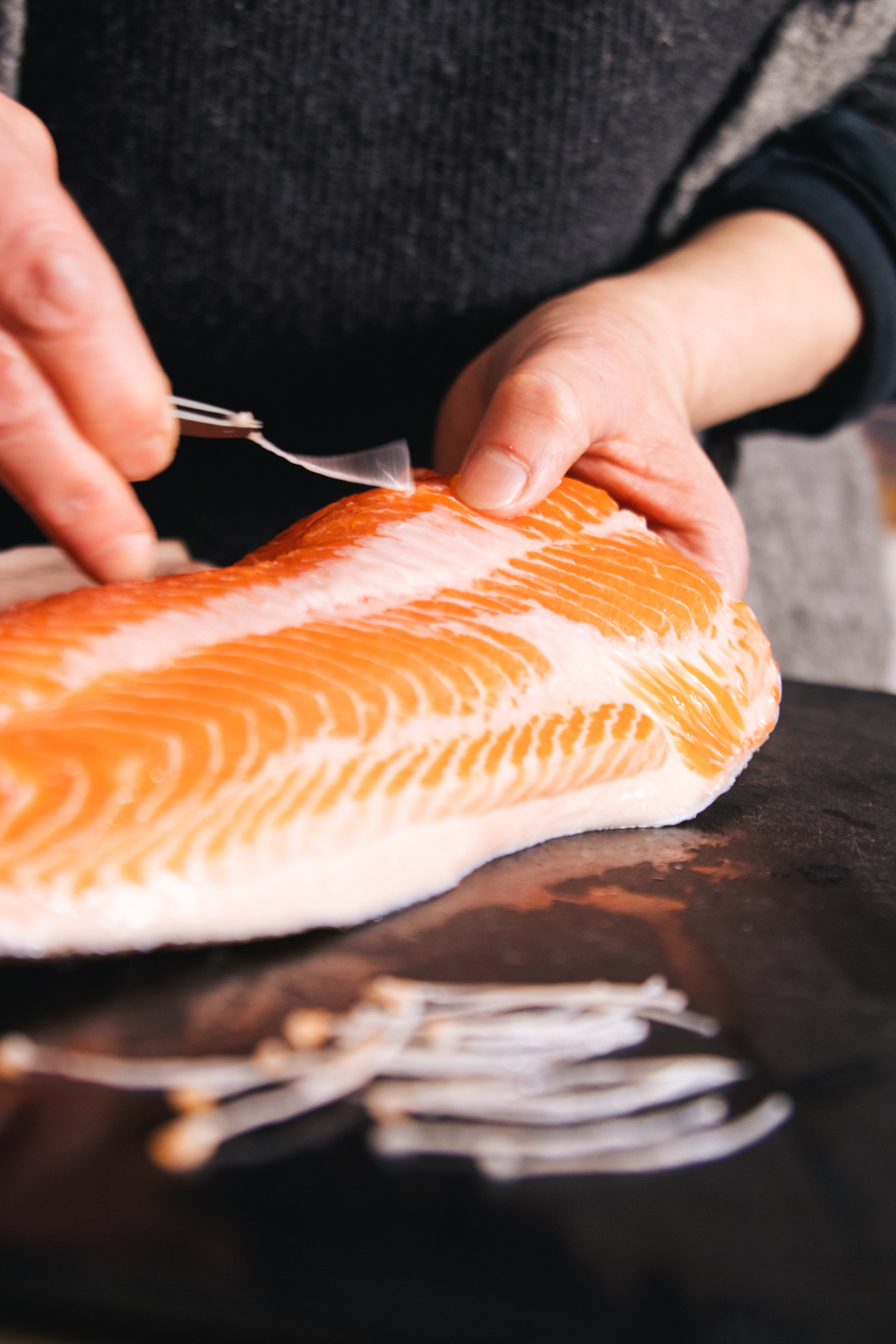 Nowadays, there are some great artisanal harissas on the market, in a wide range of heat indexes. But the paste I reached for that particular Sunday — the one I’d been dabbing on everything from eggs to rice cakes to avocados; the one that had become my No. 1 happiness-inducing condiment — is called “Harissa Moroccan Style Seasoning.” It’s still my hands-down favorite and, while rare in grocery stores, can easily be mail-ordered (I just ordered 3 jars, as I loathe running out).

I mixed roughly one part Harissa with two parts each yogurt and mayonnaise, smeared it on the fish and placed it in a low-temperature oven for about 25 minutes. The result was such a raging success that it immediately became known as “salmon the other good way.” Last year, Dosi admitted he preferred it to the Asian version, and thus it was promoted to “salmon the better way.”

By now, so many of my family’s go-to recipes have made it onto these pages that when the older kids, currently at college, text me asking how to make such-and-such, I refer them to this paper’s well-archived website. As of today, I can rest easy in the knowledge that one more indispensable family favorite is accessible to them wherever they roam.

aka “Salmon the Better Way”

You may want to double the sauce, so there’s extra at the table to mix into the rice. To intensify the salmon’s flavor, you can sprinkle it with ½ teaspoon harissa spice rub (available on many supermarket spice shelves) along with the salt and pepper in Step 1.

Heat oven to 300 degrees. Remove the salmon from the refrigerator, rinse well, and use tweezers to remove pin bones. Sprinkle both sides with salt and pepper, and place in an oven-proof baking dish.

Combine the Harissa, yogurt and mayonnaise in a small bowl. Spread about half the mixture on the surface of the salmon. Transfer to the oven and cook 10 minutes. Lower the heat to 275, spread with remaining Harissa mixture, and continue cooking just until the salmon begins to release its milky-white fat, about 10 minutes more. Serve with rice and cilantro.