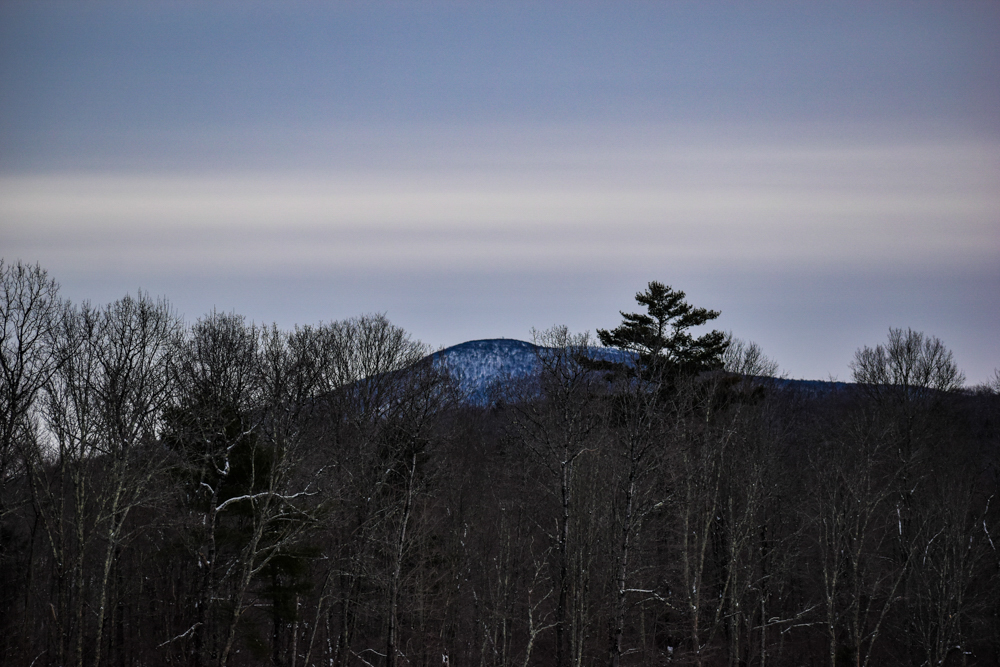 Graham Mountain (Photo by B. Cronin)

The 35 Catskill High Peaks are down to 33

Making it into the Catskills 3500’ Club just got a little easier.

For the past 30 years, admission was dependent on climbing the 35 mountains in the Catskills with an elevation above 3,500 feet, including four that had to be climbed twice, once under snow conditions.

But the club recently announced that Graham and Doubletop, the only peaks on private property, have been removed from the requirements.

Before that change, hikers wishing to ascend either mountain had to get permission from a caretaker who works for the family that owns the land. After closing the peaks in the spring because of concerns about COVID-19, the property owners inspected the peaks and said they were shocked by what they found.

“Before, it looked like a wilderness,” explained Maria Bedo-Calhoun, the president of the 3500’ Club. “Now there are herd paths.

“It’s not like there’s trash, but every now and then someone does mark the way up and leave ribbons,” she said. “The owners could have established trails, but they didn’t want that. They wanted a wilderness; they felt there should be a few mountaintops in the Catskills that still look untouched.”

The summit of Graham has the ruins of a TV tower constructed in the 1960s, but Bedo-Calhoun said she wouldn’t be surprised if the landowners remove it.

After discussing the matter with the 3500’ Club, the state Department of Environmental Conservation and the Catskill Center, the landowners decided to close the mountains. The club had been using two “replacement peaks” to keep the total at 35 — including the southern summit of Doubletop, which lies on state-owned land — but in a statement the club’s board outlined its reasons for abandoning that alternative.

“We are the 3500’ Club, not the 35 Peak Club,” board members wrote, noting that the list only reached 35 peaks in 1990 with the addition of Southwest Hunter (aka Leavitt).

It was coming down the slopes of the (now-closed) Doubletop in 1962 that Brad Whiting, then chair of the Mid-Hudson chapter of the Adirondack Mountain Club, turned to hiking partner Bill Spangenberger and proposed the idea of a local club similar to the 46er Club, which consists of hikers who have climbed all 46 of the Adirondacks’ high peaks.

As it turned out, Bill and his wife Kay had come up with the same idea a few years earlier but, finding no takers, hiked the Catskill peaks themselves. The elevation bar of 3,500 feet was mostly inspired by the Bicknell’s Thrush, a rare bird whose habitat is the balsam firs found above 3,500 feet in the Catskills and that was first discovered in the 19th century on Slide Mountain, the highest of the Catskill peaks.

The club organizers compiled a list of peaks and worked with trail conferences to decide which of them would remain untrailed. The thought was that by keeping about half the peaks un-blazed, hikers would have to rely on maps and their wits. At the summit of the untrailed peaks are canisters installed by the club with notebooks inside that must be signed as evidence. 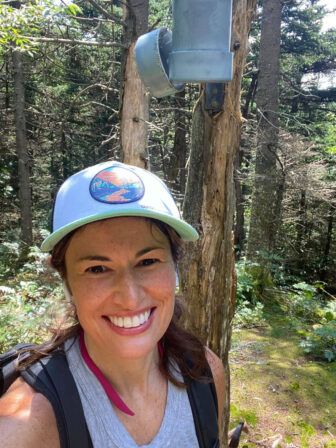 Julie McGuire, the 3500 Club’s 3,500th member, with a cannister (top) on one of the Catskill’s untrailed peaks this summer (Photo provided)

Keeping mountains un-blazed became a challenge and was one of the reasons the landowners decided to close Graham and Doubletop. Social media — not to mention that hiking has been one of few safe activities during the pandemic — has increased interest in climbing the peaks. GPS technology makes off-trail hiking easier. And many hikers’ desire to climb the peaks outstrips their wilderness skills and etiquette. Bedo-Calhoun noted the increasing number of trespassers on Graham and Doubletop who, often in an effort to knock out the 35 peaks as quickly as possible, neglected to get permission first.

Reaction to the closing of the peaks has been mostly positive, as many hikers respect the landowners’ decision to protect the land. But it’s a gut-check moment for not just the 3500’ Club, but anyone who spends time on the mountains. Are we stewards of the land, or consumers of it?

Bedo-Calhoun noted that simply pausing the list isn’t an option, because other lists have come along (see below). But the club does hope to take a more active role in educating hikers about preventing a strain on the landscape. “We’re evolving from something that’s just about people hiking together to taking some responsibility for bringing people here,” she said. 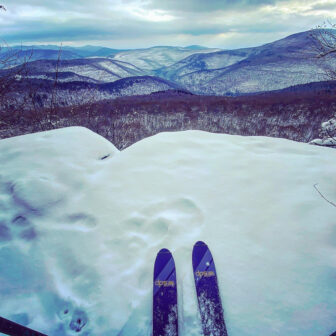 McGuire, getting ready to finish her 3500′ Club list by skiing down Panther Mountain (Photos provided)

What’s the point of the list? Bedo-Calhoun introduced me to Julie McGuire, who just became the club’s 3,500th member. McGuire told me how chasing the peaks helped her through a divorce. Although she enjoyed backcountry skiing, it was her ex-wife who handled the maps when they hiked. When COVID struck, she began hiking to regain her confidence. She climbed all the high peaks in the past year, finishing in January by “skinning” up Panther (essentially, uphill skiing).

She has found other adventures outside the Catskills. When we spoke, she had just returned from avalanche safety training, rappelling on skis down Mount Washington, the tallest and deadliest mountain in the Northeast.

McGuire credited the club for her wherewithal. “Even though I haven’t met all these people in person, it feels like there’s this support network, people rooting for you,” she said.

The 3500’ Club created the first challenge list for the Catskills, but others have followed. 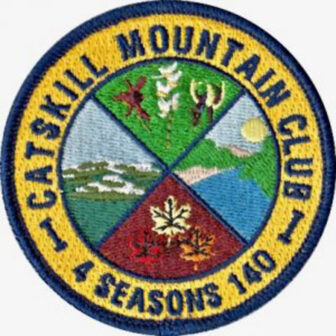 Members must climb all 35 (now 33) peaks under snow conditions.

Administered by the Catskills Mountain Club: Hikers must complete all 340 miles of Catskill trails.

Another Catskills Mountain Club challenge: Hikers must summit 35 peaks (Millbrook and Dry Brook Ridge substitute for Graham and Doubletop) once in each season.

(aka THE GRID)
For the hardest of the hardcore: Hikers must ascend all 35 peaks once in each month of the year.