Anna Marie Burke, 61, a lifelong resident of Beacon and Newburgh, died of cancer on Feb. 11 at Montefiore St. Luke’s Cornwall in Newburgh, the same hospital where she was born on Oct. 19, 1959 to David and Blonnie Jacobs.

Anna married James Burke, who died before her. She retired after 26 years as a Dutchess County corrections officer, where she focused on reducing recidivism. She was a member of the Springfield Baptist Church in Beacon, where she served as an usher, trustee, youth advisor and tutor, and helped with Seniors Feeding Seniors.

Anna will have a walk through from 9 to 11 a.m. on Saturday (Feb. 27) at Mt. Carmel Church of Christ Disciples of Christ in Newburgh. A funeral service will be held at 11 a.m. at the church, followed by interment at Cedar Hill Cemetery in Middlehope. 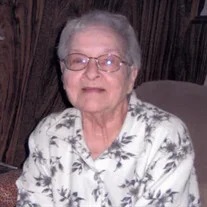 Genevieve was born Nov. 25, 1931, in Plattsburgh, the daughter of William and Jennie Mae (Guyette) Darrah.

After graduating from high school in Plattsburgh, she worked for the state Department of Corrections and Community Supervision in Beacon until her retirement in 1985. She enjoyed reading historical romance novels, doing word search puzzles and crocheting. Her greatest love, however, was for her children and grandchildren, and nothing could make her smile like spending time with her great-grandchildren.

A Mass of Christian Burial was held on Feb. 26 at St. John the Evangelist Church in Beacon, followed by burial at St. Joachim Cemetery in Beacon. Memorial donations may be made to the American Diabetes Association (diabetes.org).