The Philipstown Town Board reviewed a proposal on Wednesday (Feb. 24) to create a path from Cold Spring to Boscobel, the historic estate on Route 9D about a half mile from the edge of the village.

The proposal was submitted by the Philipstown Trails Committee, which presented it as a way to reduce traffic congestion and promote environmental and personal health and community interaction. The meeting occurred via teleconference.

The Trails Committee evolved in 2018 from the Philipstown Community Congress initiative to gauge residents’ concerns. A 2017 study by the Community Congress pinpointed hiking and biking trails across Philipstown as the top priority. To assist with the effort, the Trails committee secured a National Park Service grant and eventually hopes to see a path from Cold Spring to the Garrison train station.

Although located in Garrison, Boscobel is within walking distance of Cold Spring and Nelsonville. However, anyone intent on reaching Boscobel on two feet or two wheels must navigate the shoulders and blind spots of Route 9D, a narrow two-lane state highway.

The Trails Committee outlined three alternate routes for a trail, each beginning at the Cold Spring Metro-North station near the Hudson River but accessible at other locations as well. (The presentation can be downloaded here.)

Option 1 would go through the West Point Foundry Preserve, using an old carriage route from behind the foundry’s 1865 administration building to Gilbo Lane and Route 9D and the Manitou School, located across the highway; pick up Inverugie Lane, a dirt track, and continue to Boscobel, crossing back over 9D to enter the estate. Its total distance would be about 2 miles.

Option 2 would follow the curve of the shoreline around the Preserve and Constitution Marsh and follow the old carriage road; it would be about 1.3 miles. 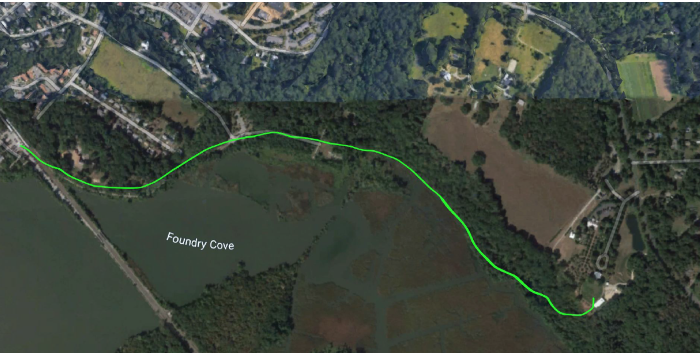 Option 3 would run up Main Street and through the village to Bank Street and on to Boscobel via a Route 9D sidewalk extension. It would be about 1.7 miles. 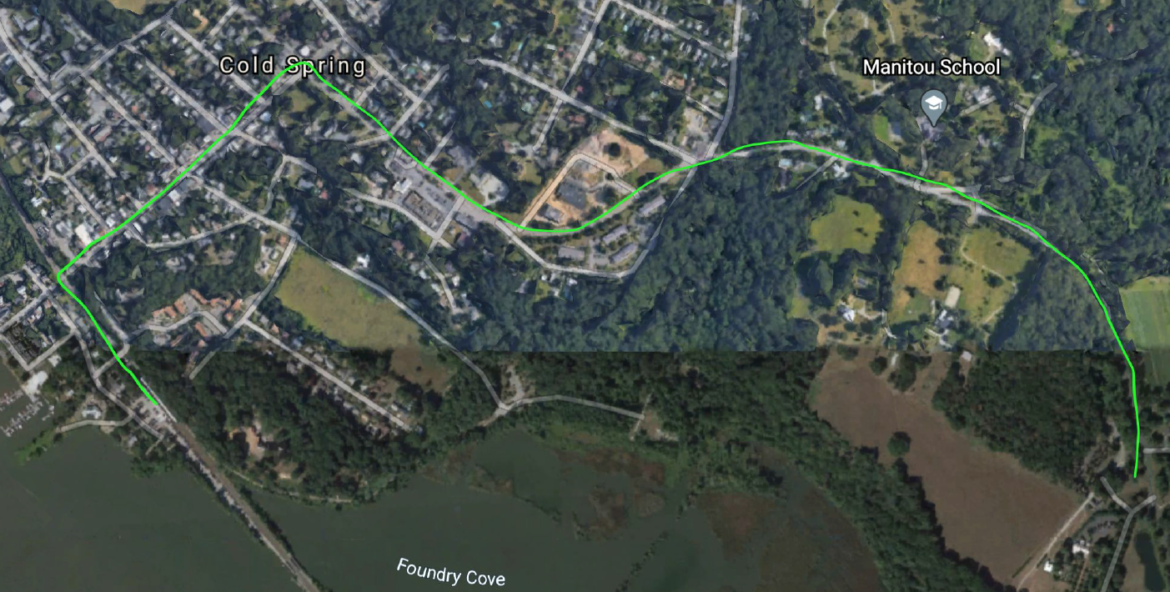 Jason Angell, a member of the committee, said its members “recognize the challenges and how difficult it could be” to complete a trail.

But the concept received enthusiastic backing from board members, although some in the audience expressed skepticism about a path along Route 9D because the road crosses Foundry Brook on a narrow bridge. Supervisor Richard Shea offered optimistic advice: “Don’t aim low,” he said. “Who’s to say there couldn’t be a pedestrian walkway attached to that bridge?” Some ideas may seem big, he added, but “big things can still be done.”

Meeting Shut Down After Zoom Attack

The Town Board’s meeting by Zoom on Wednesday ended after 45 minutes when a hacker replaced the on-screen discussion with a pornographic video accompanied by loud music and a swastika. After about two minutes, organizers shut down the meeting.

It was not immediately clear how the attack occurred. Supervisor Richard Shea said Thursday that he intended to file a police report.

The Desmond-Fish Public Library in Garrison suffered a similar attack on Jan. 2 when a hacker interrupted an event for children with racist, sexist and lewd language. To counter video-conference hijackers, Zoom in April changed its default settings to require meetings to either have “waiting rooms” or passwords. Desmond-Fish had a waiting room in place but the person slipped through by impersonating recognized users, the library said.

One thought on “Walking to Boscobel”