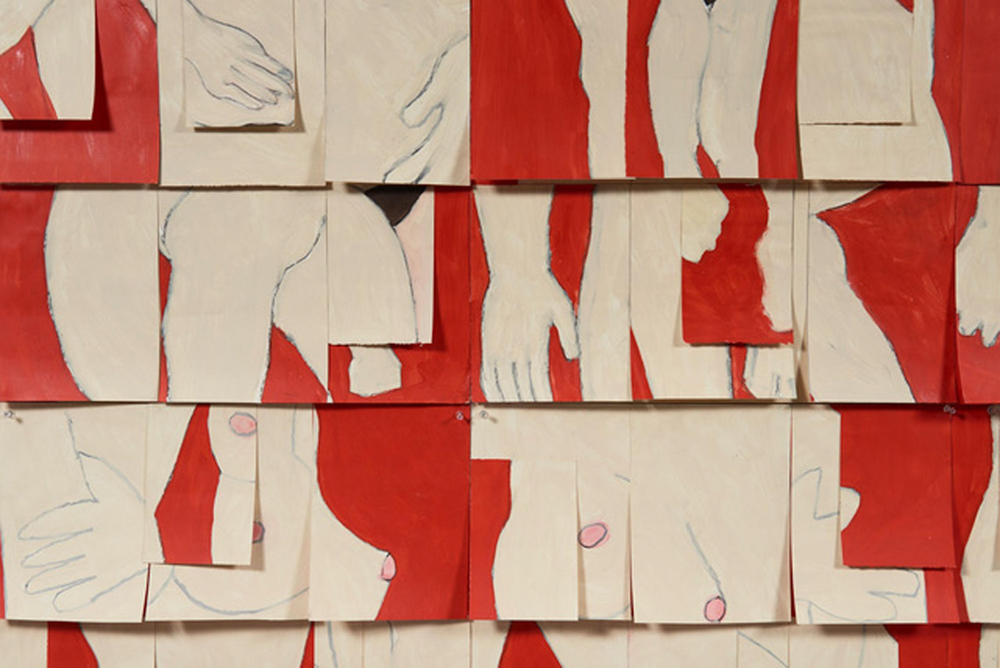 It’s not as if Susan Weil has slipped by unnoticed over the course of her 70-year career as a painter, printer and book designer. After all, her work is included in the collections of the Museum of Modern Art (New York City), the Getty Museum (Los Angeles), the Menil Collection (Houston) and others around the world.

But somehow — perhaps because of the lack of a spotlight on work by women during her younger years — she had never had a major solo show in New York City. That added impetus to Jayne Drost Johnson’s desire to turn the spotlight on the 90-year-old artist with a solo exhibition that will run from Feb. 27 through April 17 at JDJ | The Ice House in Garrison.

Many people know of Weil only because of her marriage to Pop artist Robert Rauschenberg (1925-2008) from 1950 to 1952, after they met as art students in Paris. MoMA acknowledged her influence on Rauschenberg in its 2017 retrospective of his work. 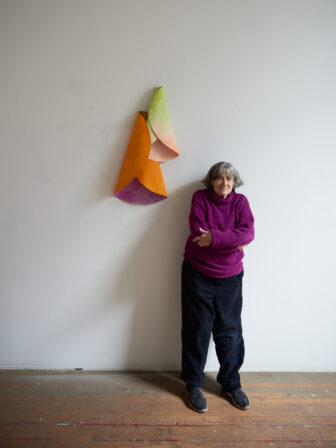 “In some ways she was in his shadow, but the retrospective explained the origin of the ‘blueprints,’ ” a method of exposing blueprint paper to light and using objects and people to make impressions; some consider it a foundational development in Rauschenberg’s early work, Johnson explains.

“She played a major role, which wasn’t credited enough,” she adds. “People started looking at the work and revisiting her. There’s so much more that should, and hopefully will, happen with her work. She had a career that was her own. I want her work to stand out for her.”

Weil had more of a career in Europe than in the U.S. during the 1970s and 1980s, Johnson says. “That happened and still happens a lot for conceptual artists. Figuration, or the body moving through space as a way to mark time, has always been important to her, and it was not necessarily fashionable with that crowd. But she found a way to march to the beat of her own drum; now, it feels really fresh.”

She also faced challenges because of her gender, Johnson says. “Being a woman artist in that time, having a child, you got shut out of things. Her career is long, and it had moments balancing child care and art-making — something relevant to this moment as well. She has such a creative, unique perspective on making art, and with this show I wanted to help people get into her world a bit.” 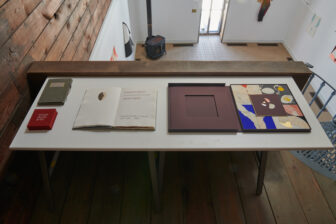 The exhibit includes handmade books Weil made in collaboration with the Vincent Fitzgerald & Co. (Photos provided)

The Ice House show includes four “bodies of work,” Johnson says. “They’re all related, and there’s a push/pull between figuration and abstraction. There’s no strict chronologic time frame, though she does work in series. Rather than being done with something, she’s taken the ideas along for the ride, and this is an overview of the way she thinks things through by using a lot of different media and materials. You end up seeing forms from the 1950s appear again in pieces from the ’70s, and it’s such an interesting hearkening.” 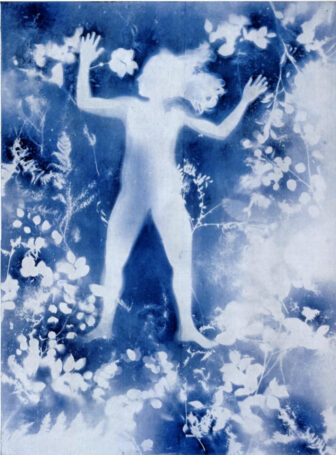 A blueprint made by Susan Weil and Robert Rauschenberg was reproduced in LIFE Magazine in 1951.

During a “browse” through Weil’s studio, Johnson discovered pieces that will be on display. “In a flat file were these incredible spray paint drawings: a hip, an elbow — the female body,” she says. “Susan told me she had forgotten about them — they’d been there for about 50 years. I’m very excited to be debuting them.”

There were also “incredible handmade books, some of which unfurl into spectacular forms, she made in collaboration with the Vincent Fitzgerald & Co., which was a publisher of art books in New York in the 1980s and ’90s. Literature and language has been an important aspect of her life and career. Her father used to read James Joyce to her when she was a child. She has a practice of writing poetry every day, which she pairs with images and mails to friends and family.”

The Ice House, located at 7 Mandalay Drive in Garrison, is open by appointment, with COVID-19 protocols in place, for up to five people at a time. See jdj.world.