The Putnam County Sheriff’s Office said on Monday (March 1) that it had arrested a Beacon man for allegedly dumping construction debris on Indian Brook Road in Philipstown.

The department said that on Sunday (Feb. 28) at about 2:35 p.m., a resident called 911 to report that a man was dumping debris over an embankment near the Route 9D overpass.  She also took photos, including the one below. 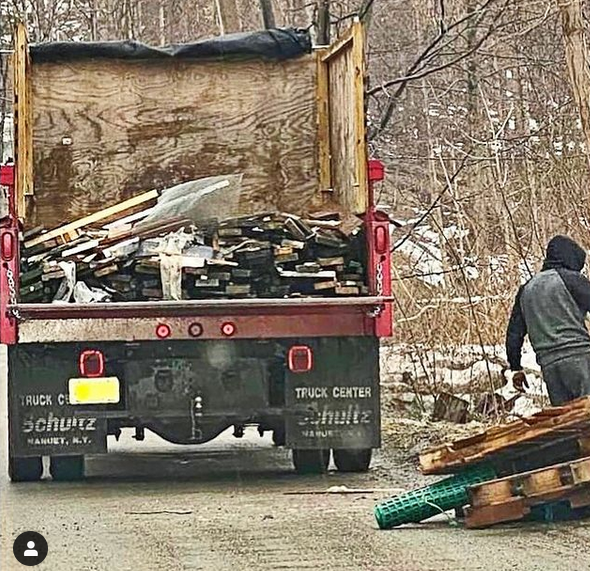 A photo of the suspect sent to the Sheriff’s Department by a resident and posted on Instagram. (PCSO)

Deputy William Verrastro responded and located a pile of construction debris while Deputy Robert Weinberg searched for the suspect, the sheriff said. Weinberg observed the suspect’s vehicle and detained the man, who was charged with littering under Town of Philipstown law. The sheriff did not identify the suspect.

Because the area is also state park land, the Department of Environmental Conservation issued tickets for two violations: “unlawful disposal of solid waste” and “depositing a noisome and unwholesome substance on or near a public highway,” both answerable at Philipstown Town Court.

The sheriff did not respond to a request for the suspect’s name or employer, and the DEC declined to release his name.

HOW WE REPORT
The Current is a member of The Trust Project, a consortium of news outlets that has adopted standards to allow readers to more easily assess the credibility of their journalism. Our best practices, including our verification and correction policies, can be accessed here. Have a comment? A news tip? Spot an error? Email [email protected]landscurrent.org.

One thought on “Sheriff Arrests Beacon Man for Dumping”