The New York State Board of Elections this week released figures showing the number of active voters by location and party as of February 2021.

Republican registrations rose 7 percent in Putnam and 6 percent in Dutchess. They were flat in Philipstown and Beacon.

The percentage of voters with no party affiliation grew by 10 percent in Dutchess and 13 percent in Putnam but only 5 percent in Beacon and 7 percent in Philipstown.

The figures do not include registered voters who have not cast a ballot in the last two federal elections. 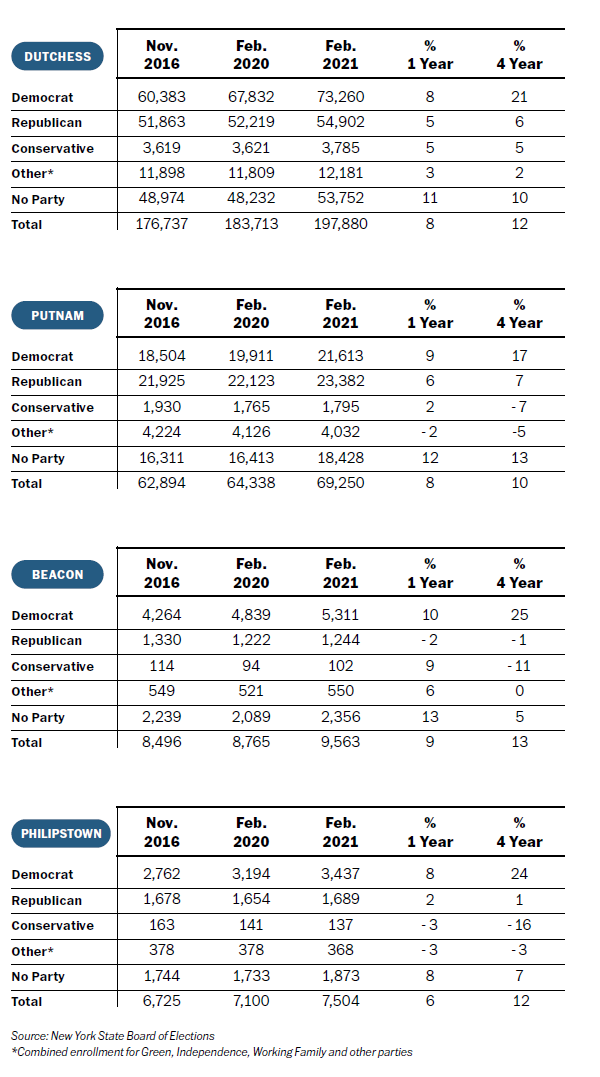