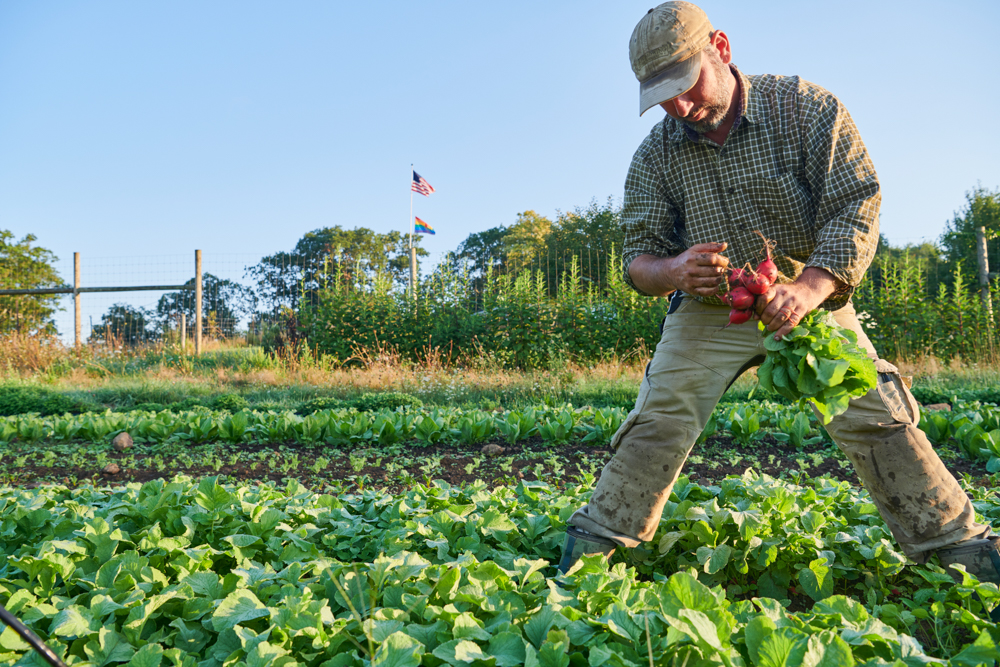 COVID-19 has been a boon to some Hudson Valley farmers.

Last year, as winter slipped into spring and the pandemic raged on, consumers wary of crowded grocery stores turned to local farms and socially-distanced, outdoor farmers’ markets to shop for food.

In addition, subscriptions to community-supported agriculture (CSA) programs sold out far earlier than usual, said Elizabeth Corio, vice president of development and administration at the nonprofit Glynwood Center for Regional Food and Farming in Philipstown. Its own CSA, which usually still has openings in early June, was full by the end of March, she said.

But for those people who lost jobs due to the virus, or who struggled to afford groceries even before the shutdown, COVID-19 made a stressful situation worse.

According to Hunger Solutions New York, about 25,500 people in Dutchess County, or 8.6 percent of the population, suffer from food insecurity, or limited or uncertain access to enough food, including 8,500 children. In Putnam, it’s about 4,500 people, or 5 percent, including 2,500 children.

A new Glynwood program, the Food Sovereignty Fund, is designed to reduce food insecurity by putting local produce on the tables of people who need it most while also supporting small farms.

Corio said Glynwood will use the $100,000 raised so far to contract with Hudson Valley farmers, paying them upfront to grow food for regional hunger relief projects.

Glynwood sent a request for proposals to farmers in December and received 37 responses, she said. Twenty-six of the 37 met at least two of five criteria that will determine who participates: They had gross annual revenue of less than $500,000; use regenerative practices that build soil health; identify as a Black, Indigenous or person of color; identify as LBGTQ+; or identify as female.

Farmers in those groups “have historically lacked access to bigger programs,” Corio explained. “And small farms themselves, regardless of demographics, aren’t able to participate in programs such as Nourish New York,” a $35 million emergency food program initiated by the state in the wake of the pandemic.

A panel of seven specialists in farming and food access will help Glynwood make the “tough decisions” on which farmers will be selected from the pool of 26. “We’d love to include farms on both sides of the river, from Westchester to Albany,” Corio said.

The request for proposals offered contracts ranging in value from $500 to $20,000 and totaled about $140,000, Corio said. To meet that demand, Glynwood hopes to raise another $50,000. The fund also pays the members of the selection committee to provide technical assistance for the farmers and for program administration.

Once the selections are made, each farmer will be matched with a nearby hunger relief project, such as a food pantry, some of which are delivering groceries or prepared meals. “We don’t dictate how the food will be used — just that it goes through a community food access project,” Corio said.

This year, the program will be heavily weighted toward vegetables such as leafy greens. carrots, potatoes, onions, radishes, squash and herbs, but Glynwood hopes to add meat to replace what is often distributed, which is “meat on the verge of expiration or already past its sell-by date,” she said. “It’s just a totally different experience” with meat provided directly from a farm.

Corio said while the Philipstown Food Pantry probably won’t benefit from the Food Sovereignty Fund this year, Glynwood’s working farm plans to contribute about $60,000 worth of meat and vegetables to the Cold Spring operation.

Fundraising for the program will continue through March at glynwood.org.