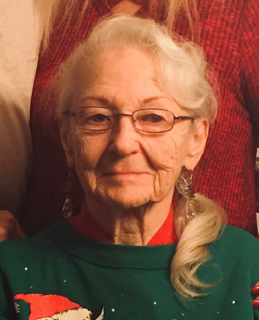 She was born in Brooklyn, the daughter of John and Rose Marie (Szalay) Curry. At age 10, she moved with her family to Maspeth, Long Island, where she attended St. Stanislaus Catholic School and graduated from Grover Cleveland High School.

She met her future husband, John Markey, when they were both working for the telephone company in New York City; after they married, they moved to Bethpage. The couple had two children whom they raised in Mohegan Lake.

For the majority of her career, Rose Marie worked for Chase Manhattan Bank. She retired in 1992 as a branch manager.

Rose Marie was an involved in the Cold Spring community for more than 30 years, serving on several boards and taking an active role in her homeowners association. She enjoyed volunteering with seniors in her community, often driving them to errands and appointments.

She loved cats and for most of her life was accompanied by a feline friend or two. She also volunteered with a local cat sanctuary and humane society. Her hobbies included collecting cat-themed items and frog figurines, and she also loved Japanese art and culture.

She is survived by her children, Jacquelin Deatcher and Gregg Markey (Michele); three grandchildren, Jessica Page (Jonathan), Amanda Markey and Justin Markey; a great-grandson on the way; and her sister, Joan Curry,

A memorial service will be held at a later date. Memorial contributions can be made to the American Society for the Prevention of Cruelty to Animals (aspca.org).