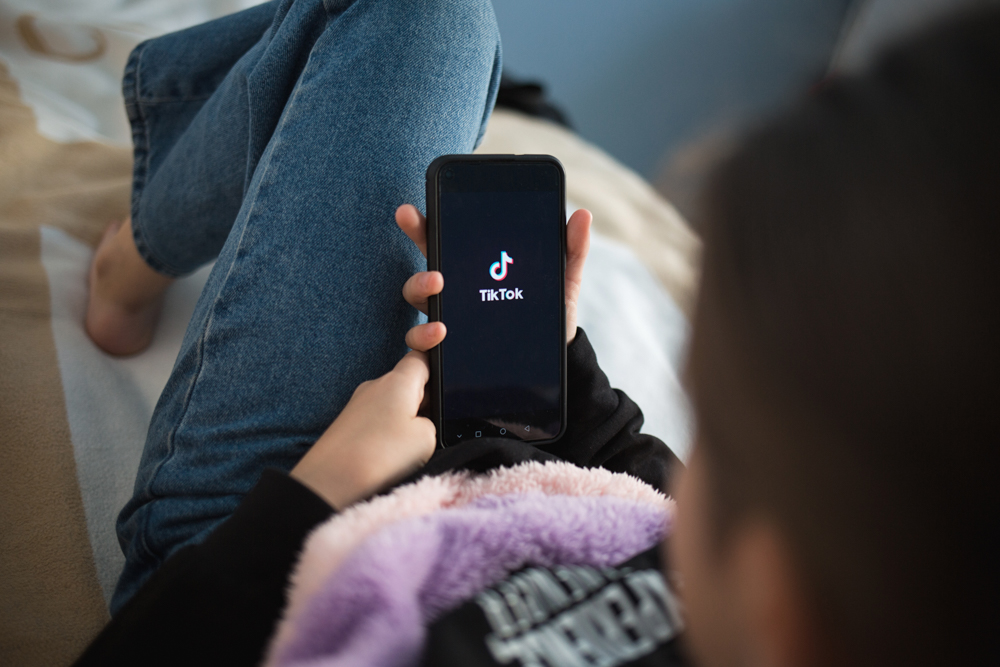 Mirror, mirror on the wall / Who is watching, after all?

As we watch Meghan, Harry and Oprah play out, our kids are watching and discussing it with their little people, as well as everything else in their TikTok. This is especially relevant for the women and girls in the room.

After talking to other parents while I’m out in stores, I’m discovering that several aren’t letting their children watch TikTok. But when I refer to TikTok in front of them, such as by asking my 10-year-old daughter a culture question, their eyes light up.

My daughter has a private TikTok for her friends, so she can “duet” with them (answer questions they ask), discuss life issues in response videos. (Friend 1 posts a video essay; Friends 2, 3 and 4, or anyone, posts video essays back.) It’s become a place of support. She has a public account for marketing her self-made “slime,” and an account for her fixation on fidget toys. She’s aware of haters and fake people.

While writing this column, I was skimming an issue of Variety. An article quoted the screenwriter and actor Clare Dunne about her film, Herself.

“It’s like all the things children were told before, that there were definite things in life — well, that’s gone. Nothing’s definite now. Right? They have no bedrock, there’s no ground. At this moment, it’s just hard to know, OK, what can I control? And the answer isn’t clear. Right now, at this moment, I feel like the mirroring in the movie to what’s gone on the pandemic is that it’s all about embracing change, and showing kids what they can do for themselves.”

But parents have to let them do it.

Clare continued: “The other thing the film shows is the importance of community. Our power together multiplies infinitely. The collaboration together is key. And I think kids at this moment, they have probably been deprived of their sense of collaboration and community. So I hope kids together are able to seek that out more, and realize the importance and power of that. This, right now, this is going to be part of their life story.”

TikTok is part of my children’s life story. My daughter figured out how to open an Etsy shop to sell her slime. She designed stickers on an app she found and ordered shipping containers. She designed business cards, because, she observed, one can’t not have business cards.

She learned how to draw eyes by watching other young illustrators on TikTok. She learned which luminescent colored pencil she wanted to try. She bought black art paper at Walmart. She rejects my old-school fashion illustration books.

Children are on devices a lot in this generation’s life story. Remote school. The Reading Plus screen on my daughter’s Chrome is hurting her eyes. But we force her to be on it. Yet we say, “You’re on TikTok too much.”

During a family movie night with people we don’t see often, my daughter excused herself. She was bored of watching the warship/torpedo movie. Later, as she was gazing at herself in the mirror (cleaning her newly pierced ears, it turns out), someone walked by her room and said: “You’re looking at yourself in the mirror? That’s dumb.”

Needless to say, I lost my mind. But that’s not the last time we will cut our loved ones down, in the name of concern for them.

I’ll be reporting more from TikTok. The kids are gaining natural exposure to so much, from extreme makeup tutorials, transgender lifestyles, the feta/pasta cooking challenge and so much more.