Potts edged out by two votes

Kathleen Maloney, an optometrist working in corporate strategy, and Maria Zhynovitch, a state appellate court attorney, were elected on Tuesday (March 16) to the Nelsonville Village Board.

They will succeed Lisa Mechaley and Dove Pedlosky, who were elected in 2019 but did not seek second terms. 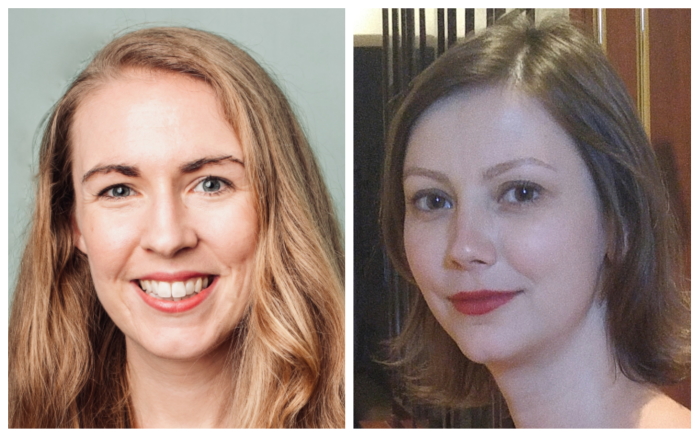 Zhynovitch defeated Alan Potts, a science teacher who served on the board from 2017 to 2019, by two votes. Potts also was narrowly defeated two years ago, when he finished third behind Mechaley and Pedlosky in a three-way race for two seats.

The fourth candidate on Tuesday was George Eisenbach, a retired civil engineer.

According to Mindy Jesek, the Nelsonville clerk, Maloney received 82 votes, while Zhynovitch had 70, Potts 68 and Eisenbach 59. There was also a write-in vote for Ezra Clemenson, a member of the Planning Board. 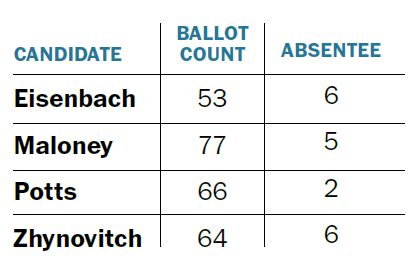 The turnout was 36 percent among the village’s 441 registered voters.

One issue in the election was a settlement made by the current board in a lawsuit filed over a cell tower proposed for a parcel overlooking the Cold Spring Cemetery. Although neighbors of the project, including Eisenbach, have sued to overturn the agreement, Maloney and Zhynovitch each said before the election that the settlement was the best course for the village. Potts said Nelsonville should “look ahead to future challenges.”