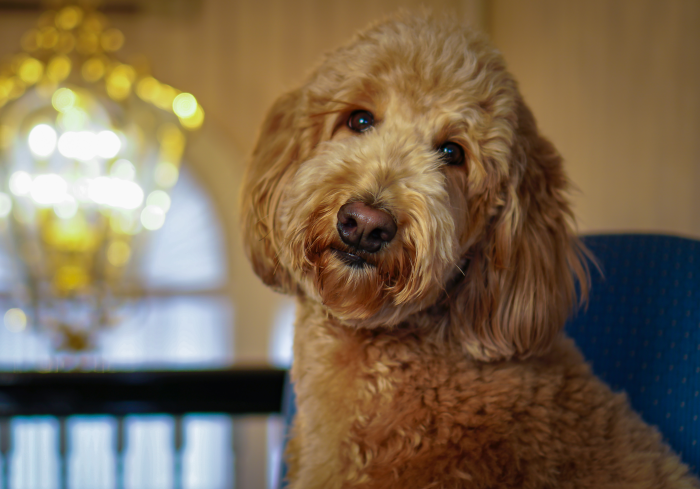 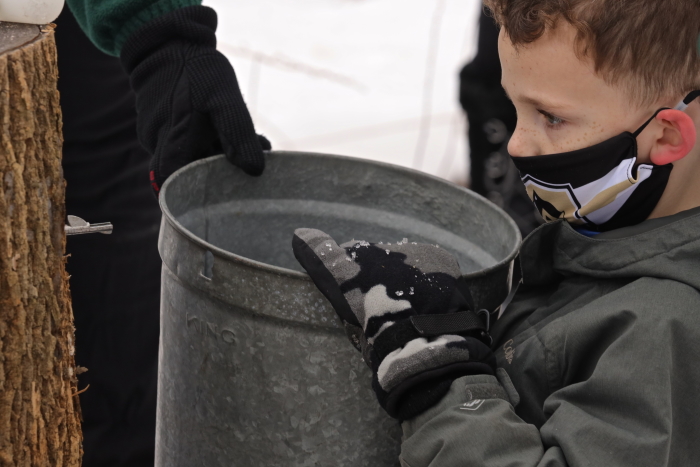 SYRUP SEASON — There were plenty of helpers on March 6 along Campbell Road in Cold Spring to collect sap for maple syrup. After a hole is drilled into the tree and a tap is hammered into the hole, a bucket catches the syrup. Heating the sap creates syrup; it typically takes about 40 gallons of sap to create a gallon of syrup. (Photo by Ross Corsair) 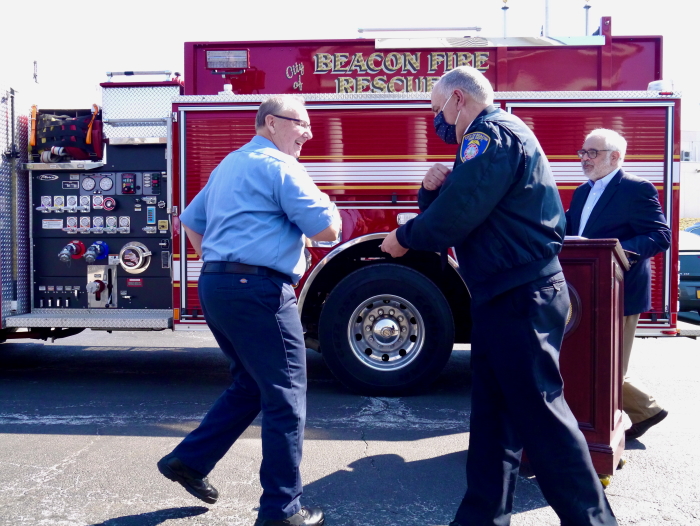 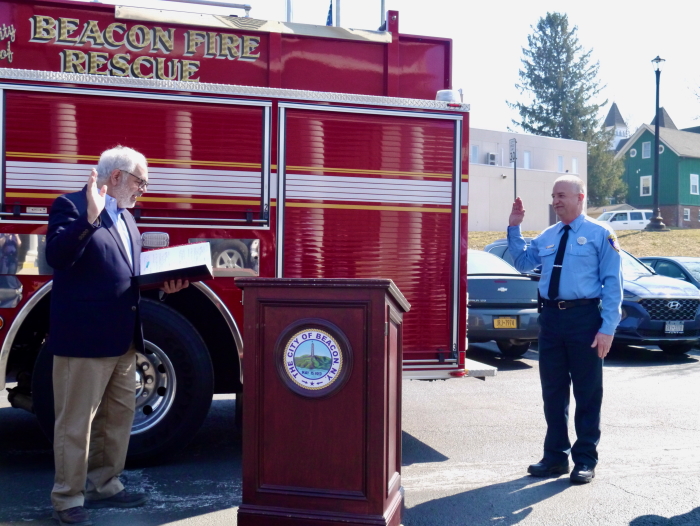 NEW BRASS — Michael Merritt prepares to bump elbows with Beacon Fire Chief Gary Van Voorhis on March 11 after being sworn in by Mayor Lee Kyriacou (in background) as one of the first-ever lieutenants for the department. A second new lieutenant, Eric Schmidt, was also sworn in. (Photos by Jeff Simms)