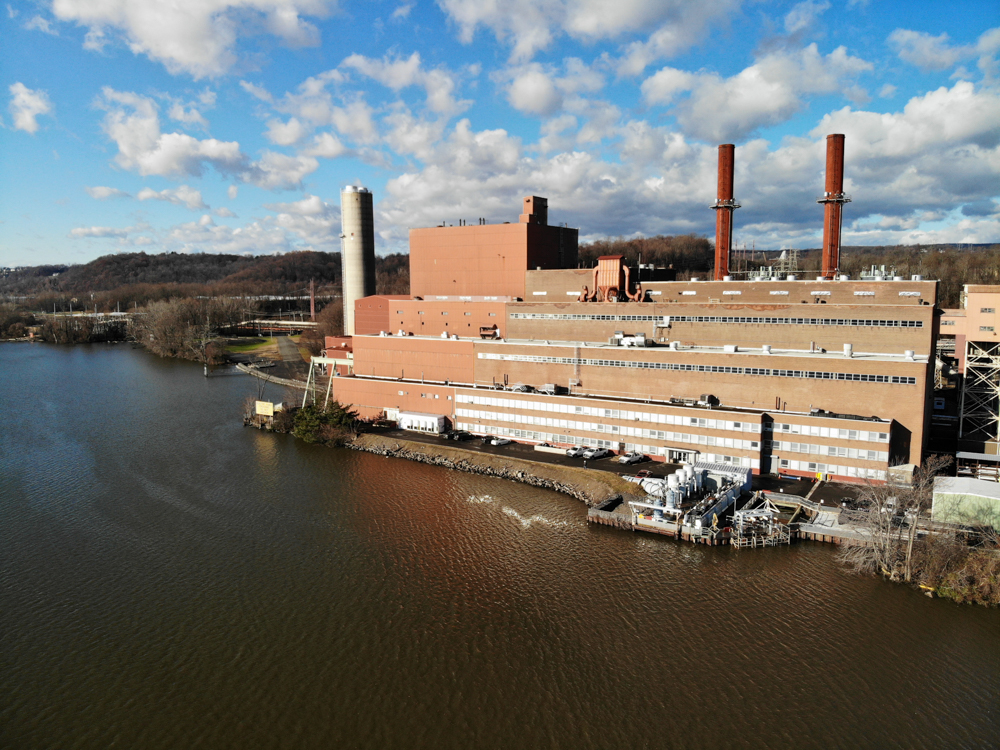 Project must prove it fits with state climate goals

A proposal to replace the part-time Danskammer power plant 5 miles upriver from Beacon with a new, full-time facility is set for public hearings at the end of the month as environmentalists and elected officials challenge the heart of the plan: the project’s ability to comply with state greenhouse-gas reduction goals.

Public hearings scheduled for March 31 are the next step in Danskammer Energy’s bid for approval to replace its 532-megawatt plant that operates only during periods of high demand with a $500 million, 600-megawatt facility.

Danskammer says the proposed facility, located on the Hudson River in the Town of Newburgh, could meet state restrictions by converting by 2040 from natural gas to hydrogen or renewable natural gas derived from waste such as trash or manure.

For months, environmental groups have fought the project, including with a motion asking the state Board on Electric Generation Siting to force the company to strike its projections from the application unless it could provide more details.

“There are better, smarter alternatives for the site,” said Hayley Carlock, director of environmental advocacy and legal affairs for Scenic Hudson. She called the idea that the plant would later convert to hydrogen or renewable natural gas “nothing more than a greenwash intended to masquerade a new fossil-gas plant.” 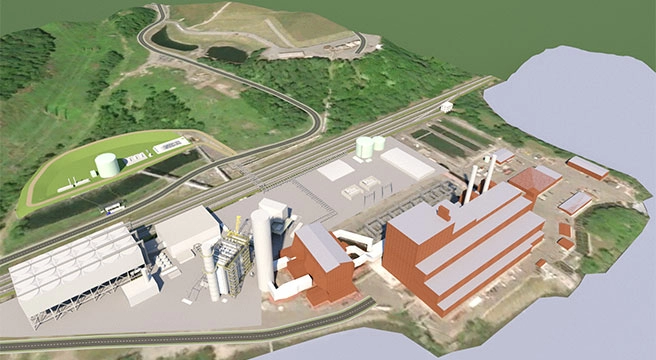 A rendering of the proposed expansion (Danskammer Energy)

Elected officials in Beacon, Newburgh, Cold Spring and Philipstown have also opposed a full-time plant, saying it doesn’t fit with the state’s goal over the next 30 years to replace technologies that burn fossil fuels, which contributes to global warming.

Nevertheless, the Siting Board on Feb. 26 declared Danskammer’s application to be complete.

On March 12, a panel of administrative law judges for the state Department of Public Service ruled that Scenic Hudson, Riverkeeper and other opponents had “cited no legal authority” that would allow the Siting Board to “strike” parts of the Danskammer application. But it said the groups had “raised relevant questions” that could be explored as the review continues.

Under a law enacted in 2019, state agencies that issue permits for projects such as Danskammer must determine how the projects will contribute to getting the state to 70 percent renewable energy by 2030, 100 percent carbon-free electricity by 2040 and an 85 percent reduction in greenhouse-gas emissions by 2050.

The Siting Board notified Danskammer in February 2020 that its application had “deficiencies,” including an explanation of how it would meet those standards. The company responded in July with a report predicting that, starting in 2025, the plant’s power consumption would drop over 10 years by 196,000 tons and its greenhouse gas emissions by 261,000 tons.

“We are confident that our efforts to incorporate and eventually convert to a hydrogen power generation facility are well within the state’s mandates,” Michelle Hook, a spokesperson for Danskammer, said on Thursday (March 18). “We are committed to immediately lower emissions by upgrading existing equipment and then phase in hydrogen so that we can help the state meets its climate goals.”

In addition, the company said the plant’s turbines would no longer be cooled with water from the Hudson, but with air. Environmental groups have long expressed concern that the intake from the river and the discharge of heated water kills too many fish.

Danskammer says the project would create 450 construction jobs, which has drawn support from labor unions. The firm also claims it would generate more than $50 million in tax revenue for local governments and school districts over 15 to 20 years.

One thought on “Hearings Set for Power Plant Proposal”