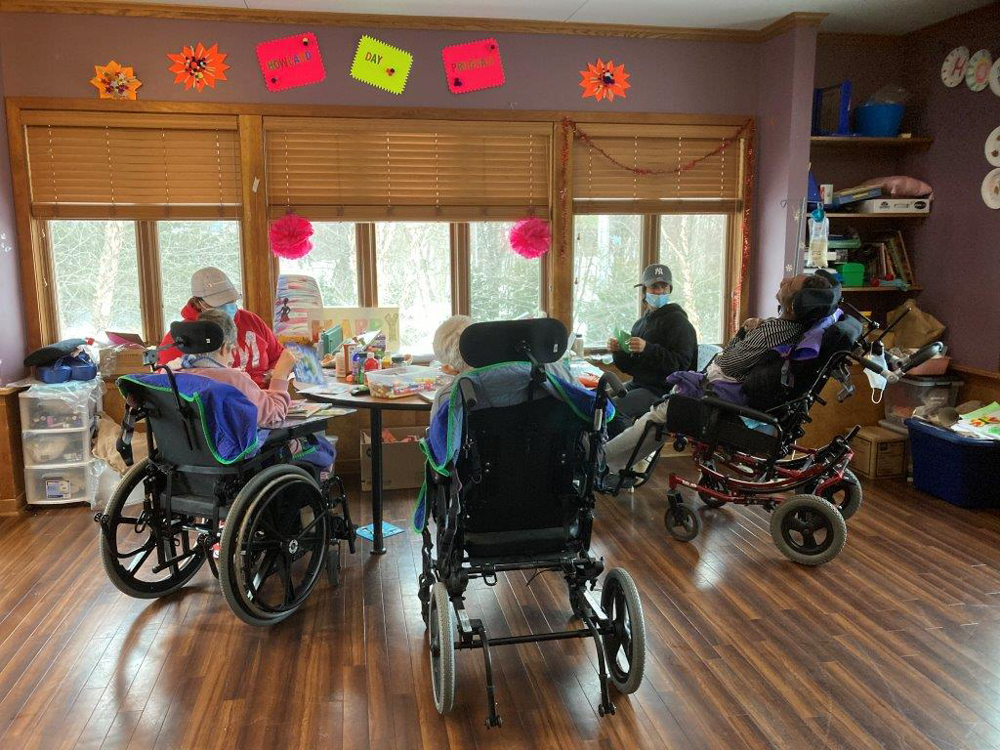 “You can’t miss it — it looks like the Welcome Center of Beacon,” says Fran Ferrusi, describing Howland House, a home to 14 people with intellectual and physical disabilities that she watches over on Howland Avenue.

In government-speak, Howland House is an “individual residential alternative” that provides 24-hour care and supervision. It is operated, along with other homes in New York and Connecticut, by the nonprofit Ability Beyond. Ferrusi, a registered nurse, is the services manager for the homes in Beacon and Mount Kisco. 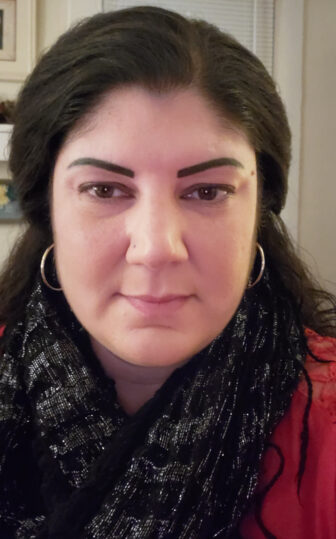 Before the pandemic, residents might be spotted around the city visiting the pet store or the Howland Public Library, or watching the ducks on Fishkill Creek. Still, Ferrusi said she doesn’t believe most Beacon residents are aware of Howland House. “I don’t think we’re out there as much as we’d like to be,” she said.

No visitors have been allowed inside the facility since the pandemic shutdown began a year ago but the staff has helped residents keep in touch with family and friends online. The facility has not had any COVID-19 cases, Ferrusi said.

Located adjacent to the Swann Inn, the Howland House was built in 2013 on what had been a wooded lot. The intention was to operate it as an “intermediate care facility,” which helps people with intellectual disabilities become independent.

Instead, under its newer categorization as a residential alternative, Howland House helps residents develop group-living skills and has fewer strict regulations. “People think cold, sterile, institutional, but it’s not like that at all,” she said. “It’s a loving environment. I’m always happy to show the place off because it’s not what you think when you hear ‘group home.’ ”

The schedules and the level of care vary by resident. “Some eat through tube feeding, about half eat by mouth,” Ferrusi said. “Throughout the night, they are repositioned in the bed. Everyone gets cleaned up in the morning.” After breakfast, the residents are brought to a common area for daytime programs.

“With the pandemic, we space everyone out because we can’t go outside,” she said. “We have a sensory stimulation room with bubble tubes and fiber-optic strands and a projector; there’s arts and crafts to keep everyone engaged; and tactile stimulation, like hands in sand. We also try to keep them up on current events.

“In the summer, we have large, raised garden beds, potting soil and a bird-and-butterfly garden with hummingbird feeders. We have massage and hair brushing, and we work on communication goals — some have iPads or other devices to make their needs known. We also have a beautiful three-season porch, where residents can eat, play music and hold reading groups.” 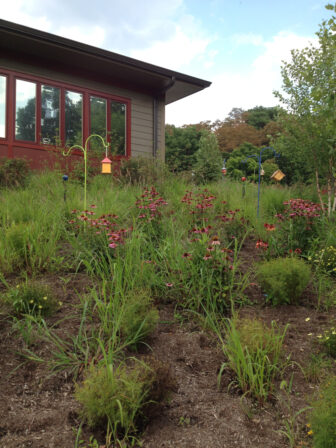 The bird-and-butterfly garden outside the Howland House

The first residents to move into Howland House in 2013 were referred by state institutions where all had lived for their entire lives. Today, some residents come from their homes, some from nursing homes and others from a hospital where they were deemed homeless because they had no family to take them in, Ferrusi said. “We tend to take the most medically needy individuals” because the Beacon facility has 24-hour nursing support.

“Some residents have had cognitive difficulties since birth, others have suffered a traumatic brain injury, while others have developmental disabilities,” she explained. “You can tell by subtle gesture after you get to know each person, because the nonverbal communication is amazing. Sometimes it’s hard to determine a person’s cognitive ability because of the inability to communicate, but even with residents who can’t communicate, you can tell they’re happy to be there.

“One gentleman, who is 92 and blind, loves Sinatra,” she said. “He hardly makes a peep, speaks in groans, but we’ll see him tap his foot when we play Sinatra — he keeps in rhythm to the music.”