She was born on July 22, 1953, in Cold Spring, the daughter of Theodore and Ruth (Heady) Reynolds. She graduated from Beacon High School. On Feb. 13, 1982, she married Edward Guarneri.

Patty grew up in Glenham, spent her adult life in Beacon and retired to Kingman. She worked several jobs over the years, including Tallix in Beacon in the wax room making molds, as a student aide in the Beacon City School District and as an administrative assistant in the principal’s office for the Newburgh Free Academy.

She loved art and theater, spending time at the Jersey Shore, playing the slot machines in Atlantic City and Las Vegas, and spending quality time with those around her. Her smile could light up a room, and her immense kindness impacted everyone she met, her family said.

Along with her husband, Patty is survived by her daughters, Lauren Guarneri (Andrew) and Faye Guarneri (Jack Fisch); her siblings, Janet (Jimmy), Mary, Diane and Donald; and her mother-in-law, Jean Guarneri.

Family and friends will gather from noon to 3 p.m. on April 3 at Riverview Funeral Home by Halvey in Beacon. A memorial service will be held at 2:30 p.m. 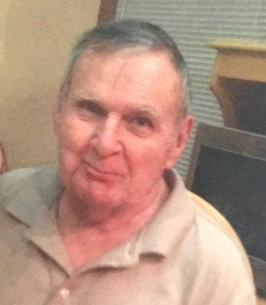 He was born on May 5, 1935, in Beacon, the son of Harold and Florence (DuBois) MacAvery. He graduated from Beacon High School in 1954. After graduation, he entered the YMCA Trade and Technical School in New York City. He worked with his father at the family business, MacAvery’s Garage in Beacon. He then went on to work at Texaco Research Center in Glenham, where he was a project technician. He retired after 38 years.

Robert served in the U.S. Army from 1957 to 1962. He was called into service as a member of the 380th Chemical Co. maintenance reservists unit to support the Army’s 82nd Airborne in Fort Bragg, North Carolina. He participated in Chanlers Drum and Bugle Corp., marching in parades throughout New York. He was a former member of the Slater Chemical Fire Co. in Glenham and a life member of the Knights of Columbus Trinity Council  No. 445 in Beacon.

Robert loved being a grandpa, his family said. He said that holding his great-granddaughter, Aubrey, for the first time was one of his happiest moments.

Besides his great-granddaughter, he is survived by his children, Kathleen Bucci (Anthony), Lynn Shortt (Richard), and Robert MacAvery; his grandchildren, Anthony (Monica), Heather (Matthew), Nicole, Kristyn, Alyson and Christopher; and his sister, Janet Lewis (Bill).

Family and friends will gather on Monday (March 29) from 4 to 8 p.m. at Riverview Funeral Home by Halvey in Beacon. Members of the Knights of Columbus will hold a service at 7 p.m. A Mass of Christian Burial will be held on Tuesday at 10 a.m. at St. Joachim Cemetery in Beacon, followed by burial with military honors. 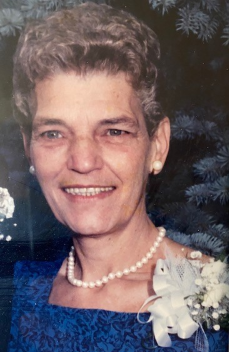 Shirley May O’Dell, 86, a lifelong Beacon resident, died on March 24 at her home.

Shirley loved baking and crocheting. She was a collector of teacups and blown glass and  was a fan of General Hospital and Jeopardy, never missing an episode.

The family will receive friends on Monday (March 29) from 10 a.m. to noon at Libby Funeral Home in Beacon, where a funeral service will be held at noon followed by interment at Fairview Cemetery in Beacon.

She was born in Newburgh on May 19, 1969, the daughter of Harold and Dorothy Ramsey. She attended Sacred Heart School in Newburgh and graduated from Beacon High School in 1987. She held degrees in social work from the Metropolitan State College of Denver.

In her childhood, she was devoted to her Christian faith and attended the Mount Carmel Church of Christ Disciples of Christ in Newburgh. She was also a member of the NAACP. She is survived by her son, Tyree Nasir Vereen.

A graveside service will be held on Saturday (March 27) at Oaklawn Cemetery in Charlotte. 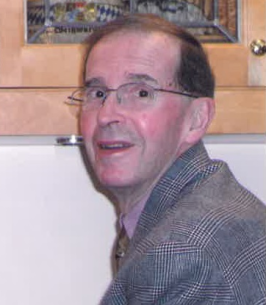 Frank F. Voght, 88, a lifelong resident of Beacon, died on March 25 at the Fishkill Center for Rehabilitation and Nursing.

He was born on Nov. 28, 1932, in Beacon, the son of Frank and Beatrice (Ferris) Voght. He graduated from Beacon High School. In 1955 he married Patricia Connelly.

Frank served in the U.S. Army from 1955 to 1961 and worked as an office manager for Three Star Anodizing in Beacon until his retirement.

Frank was an avid walker and Yankee fan. He loved to converse with people because he believed everyone had a story to tell, his family said. He was a gifted writer who wrote many poems. His passion was sharing his soul through his words. Frank loved the Alps Sweet Shop in Beacon, especially the people who boxed up the chocolate.

The family is planning a small, private service.