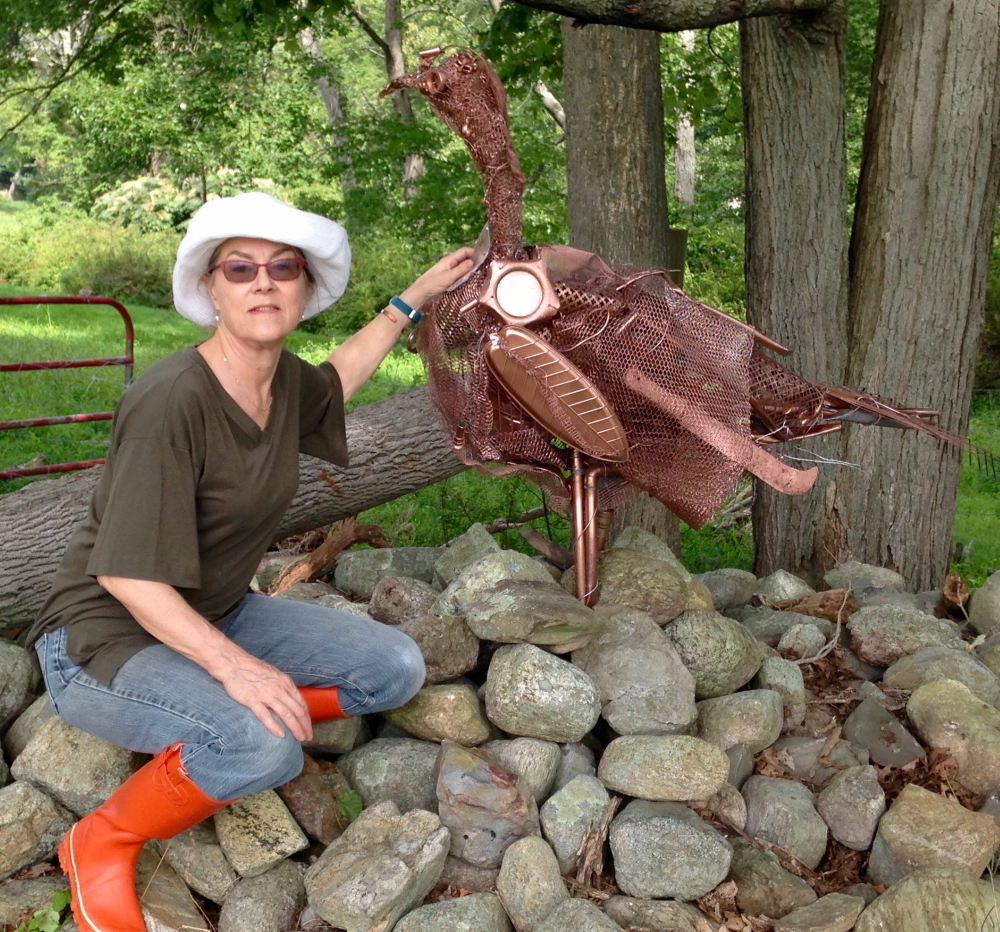 It takes determination to pursue a second bachelor’s degree program 30 years after completing the first. But Hildreth Potts, a sculptor and devotee of welding who lives in Garrison, did just that, earning a degree in fine arts from the Sydney National Art School in Australia three decades after graduating from Harvard, where she studied archaeological illustration.

After graduating from high school, Potts recalls, she attended Boston University for a year but “it wasn’t a good fit for me,” so she moved to Paris to live with an aunt for two years. When she returned, she took a course in archaeological illustration at Harvard. “It can be mind-numbingly dull to draw pottery all the time,” she says, “but it also has wonderful, unique possibilities to it.”

A professor associated with the Peabody Museum invited her to go along on an expedition to what was then Yugoslavia. Potts also met her husband, Dan, a scholar whose specialty is Near Eastern archaeology. “We followed his jobs all over the world, including Turkey, the United Arab Emirates, Iran, Armenia and, more recently, Iraqi Kurdistan.” 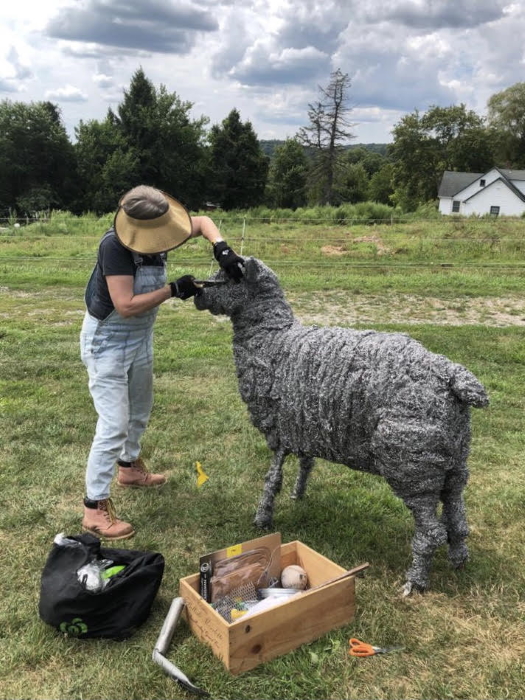 The globe-trotting years brought some frustrations, she says. “Often just when I felt I was getting established — when I’d found a gallery that said it would represent me, we had to leave and I had to leave my collection behind. That was difficult at times, but it compels you to make a new collection.”

Potts — who is known as “Hildy” to family and friends — emphasizes that “it’s important for women to keep following their talent.” That’s how, after decades of living for stretches in Denmark and Germany, and finally settling in Sydney, where her husband was appointed chair of Middle Eastern archaeology at the University of Sydney, and raising three children there, the time came to pursue her art more vigorously. She retrained in the fundamentals, she says, and honed her passion for sculpture.

“The first sculpture that really hit me was a replica of Molossian Hound” — a Hellenistic sculpture copied in the Roman period — “this massive dog, made from stone, sitting down,” outside a house near where her family lived in Cambridge, Massachusetts. “As a child, I was longing to have a dog, and this was just the right size to appear real. If I had my druthers, I would make things life-sized. Seeing the precious things that people make that mean something to them, or going to a museum and seeing something you love, can start you thinking, ‘I could make something like that.’ ”

Potts says her second-time studies centered on drawing and the studio experience. “I had often thought I would like to go to art school,” she recalls, despite the discouragement of an artist who gave her lessons as a child. She said, “ ‘You’ll stop seeing through your eyes, and the life of an artist is so lonely.’ ”

As a sculptor, one challenge for Potts has been finding space to weld. “Working with metal is toxic,” she notes. “You’re in a bubble, helmet on, and have to focus.” She has learned to substitute materials that are easier to work with, although she remains a hoarder of scrap. “Whatever I see, I think, ‘I might be able to use that,’ ” she explains. “I believe in gathering, and the feeling that you can take scraps and turn them into something else is wonderful.”

If Potts can’t weld but must use substitute materials, she will try to marry them with her subject matter. For example, sheep and poodles made with steel wool. “It was crying out to be done,” she says. “I often see things and think, ‘What would it look like if it was cut in half?’ We aren’t bound by rules; you can make anything out of anything.”

She notes that her medium of choice, steel, “is the material language of the industrial world, with overtones of capitalism, power and masculinity. When steel no longer serves a purpose, it is thrown away and left to rust. I use these cast-off pieces and pull them partially into an organic and figurative state. So, the work belongs both to the realm of industry and the realm of imagination. Perhaps these two worlds represent the machine/mind paradox of our lives.”

She says she most often uses animal forms “because they tap into primal feelings; it is easier to examine ourselves through them.”

Most recently, Potts has been determined to use non-toxic materials, which brings its own challenges. For an outdoor Collaborative Concepts exhibit at Saunders Farm in Garrison, she needed to make a sculpture that was “cow-proof and weatherproof.” This was accomplished by tweaking a papier-mache recipe by adding joint compound and linseed oil combined with egg cartons and discarded hospital gowns.

After living in Sydney for 22 years, Potts and her husband returned to the U.S. for another academic job: a newly created position for Dan at New York University’s Institute for the Study of the Ancient World. They sought a place to live in the country, placing pins on a map of places no more than an hour away, including Garrison, where they moved eight years ago. “We were led here by an angel,” Potts says. “I love the sea, but a river that goes both ways is pretty good.”