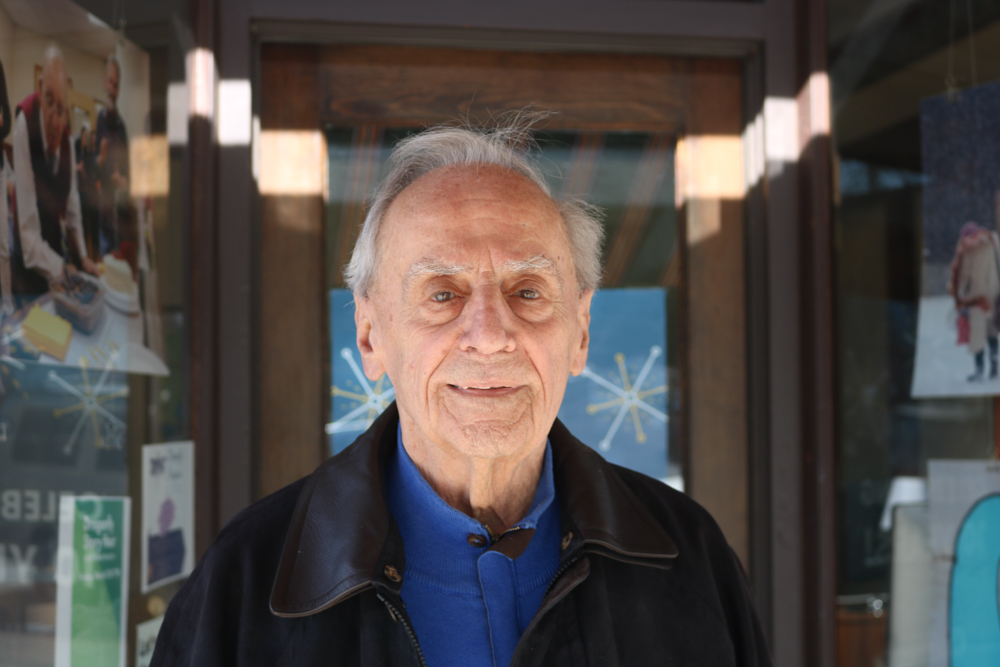 Frank Milkovich has been a member for 50 years

Frank Milkovich, at 87, puts up some impressive numbers. He is in his 51st year as a member of the Cold Spring Lions Club. He’s in his 32nd year of retirement after 32 years as a teacher and administrator at Haldane High School. And the community projects he has worked on, with the Lions and elsewhere, are too numerous to count.

Asked if his time with the Lions feels like half a century, the Cold Spring resident said, “Time goes in spurts; when you’re busy, it seems to fly by.”

Busy and then some.

As a new Lion in 1970, Milkovich jumped into recruiting new members to bolster the club’s ranks, but it wasn’t long before he turned to one of his true passions: the scholarship fund. He stayed with it for 46 years. It’s now called the Frank Milkovich Scholarship.

“One of the big enjoyments for me has been interviewing applicants,” he said. “It’s always enjoyable to talk to young students and find out their background, interests and goals; it’s always encouraging.”

In the same decade he joined the Lions, Milkovich formed the Cold Spring Junior Chamber of Commerce, or the Jaycees, a service club for men ages 25 to 35.

“We started the first Fourth of July Community Day on the riverfront,” he recalled. “It was an old-fashioned gathering with a greased pole, pie-eating contest, father-son wheelbarrow races and mother-daughter three-legged races.”

And fireworks. “Back then, the Jaycees shot them off ourselves!” he said.

Milkovich’s community involvement paralleled a long career in education that began in 1957 at Haldane, where he taught science before serving as principal for 13 years and assistant superintendent for three years.

He also found the time to coach varsity baseball for seven years and varsity football for 14 years. He was inducted into the Haldane Athletic Hall of Fame in 2018 along with the members of the 1963 championship baseball team he coached.

The fact that his players still keep in touch is a good indicator of how much they respected him. Milkovich recently came across a five-page letter that Howard Howell, a quarterback and member of the championship baseball team, wrote to him in 1989 when his coach retired from teaching.

“He was a tough coach, a good coach,” Mazzuca said. “He taught team play, and he did not go for showboating, something I tended to do. He grabbed me by the shirt collar more than once to straighten me out!”

Milkovich’s last major project at Haldane helped usher in a new era in learning there. “Special education was just beginning to form in the mid-1980s,” he said. “I worked with parents and organized that whole new department.”

In the 1980s, Milkovich and his fellow Lions raised $4,000 to help restore the Cold Spring dock. Later that decade, when only five or six Lions were showing up at meetings, Milkovich took over as president to rebuild. In the 1990s, he orchestrated the relocation of Tots Park to McConville Park in Cold Spring.

Perhaps his biggest community project came in the early 2000s, but it was for a community 1,200 miles to the south of Philipstown.

In October 2005, Milkovich and his wife visited their daughter in Mandeville, Louisiana, across the lake from New Orleans. It was two months after Hurricane Katrina.

“The damage to my daughter’s house was minimal,” he recalled. “But she showed us the devastation.”

When they visited the town of Slidell, “it brought tears to my eyes,” Milkovich said. “I knew I had to do something.”

He contacted the Slidell Lions Club and told them he was returning to New York to raise money.

“I contacted every Lions Club in our district and every district governor in the state,” he recalls. “I spread the word that Slidell needed help.” Over a two-year period, the campaign raised $200,000.

“It allowed us to reach people who probably would have been overlooked otherwise,” Milkovich said, recalling a single mom who needed money to repair her damaged car so she could get to work and a grandmother raising her disabled grandchildren who needed funds for their education.

When he came across Our Lady of Lourdes church, completely ravaged by the hurricane, Milkovich contacted the Poughkeepsie high school bearing the same name and got it started on a fundraising campaign.

Closer to home, he helped champion projects such as vacation camp for blind students in Rockland County and Guiding Eyes for the Blind in Westchester, a program that sometimes trains its service dogs on Main Street in Cold Spring.

Recent initiatives in the village have included financial contributions to the Philipstown Food Pantry and Philipstown Behavioral Health Hub.

Asked what skills he has brought to the Lions Club and the community, Milkovich hesitated before saying, “I’ve provided organization, leadership and an attitude of persistence; I made sure we followed through on things, not just talking about it.”

When he stepped back from leading the Lions scholarship program, Milkovich passed the torch to one of his former Haldane students, John “Jiggum” Merante.

“The word that comes to my mind when I think about Mr. Milkovich — I still call him that — is ‘extraordinary,’ ” Merante said. “Without question, if not for his unwavering dedication, the club would have disbanded.”