Dr. Mark Hirko is a surgeon and president of the Putnam Hospital Center in Carmel. 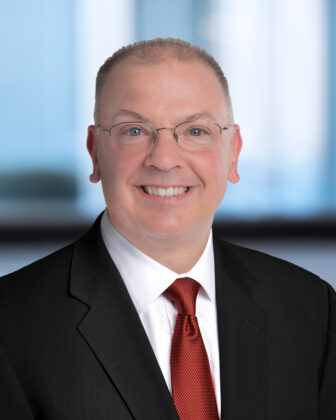 What have you seen during the pandemic’s waves?

During the late spring and early summer last year, we saw a younger population. But over the winter, you had the older population again, people with health risks. We saw only about 100 people in Putnam the first time around and double that during the second wave. At the peak in early January, more than 35 percent of our hospital beds were COVID cases.

There were far fewer deaths now, despite more cases. Why is that?

We found that people hospitalized with COVID don’t need to be on a ventilator. If we use high-flow oxygen we can get the best effect, and when we prone people — put them on their bellies and keep flipping them around — they oxygenate better and it gets them over the hump. A ventilator actually damages your lung. If you had mild to moderate symptoms and you’re a week out and you’re over 55 years old, the monoclonal antibodies were brought out. We developed strategies to use steroids on patients who had certain risk factors and who came in at a certain point of having COVID-19. That helps reduce some of the inflammation in the lungs and the rest of the body, and the organs didn’t shut down.

Has people’s behavior had an effect?

Yes. If they felt sick, they were checking their oxygen levels on their Apple watches. Recognizing some of the basic symptoms prevented people from waiting too long, because if you hit a certain stage where you’re really sick, it’s almost inevitable that you’re going to have a bad complication. It’s a matter of getting it early and quickly trying to blunt the effects of the virus.

What do you do when a hospital employee refuses to be vaccinated?

We can’t mandate people do it; we suggest that they do it because there is no other cure out there. Not everybody wants it and that’s what’s causing some issues because the employees still keep coming down with it despite us having access to a vaccine.

How do you explain the recent rise in local cases?

We’re not seeing the variants people were worried about. It’s people being tired of being cooped up. But we have to be vigilant because it’s going to take a while to immunize 300 million people. No matter how much vaccine is out there, it’s still hard to get it into people’s arms.