He was born in Newburgh on Feb. 5, 1947, the son of William and Josephine (Tomanic) Coffey.

David graduated from the University of Tampa in Florida with a master’s degree in business administration and also attended Mount Saint Mary College and SUNY New Paltz. He served in the U.S. Navy during the Vietnam conflict in 1967 and 1968.

He was a special-needs teacher for the Beacon City School District for 39 years until his retirement in 2009. He was a member of New York State United Teachers, the National Education Association, American Legion Post 203 and the Studebaker Driver’s Club.

He is survived by his sister, Patricia Larkin of Cornwall-on-Hudson; his niece, Kara Larkin Rogers (Christopher) of Fairfax, Vermont.

Services will be private. Memorial donations may be made to the Make-a-Wish Foundation (wish.org).

She was born in Rochester, the daughter of Claude and Charlotte Stephens, and attended school in Attica and Beacon. She lived most of her life in Beacon until moving to Florida. She returned to the Hudson Valley in 2009, moving to Marlboro. Her husband of 52 years, Frank Cunningham, died before her.

Jane worked at several factories, waited tables and worked as a receptionist at Texaco Research Center in Glenham until her retirement. “I really enjoyed my job, but had fun in all my jobs,” she said.

She was active in the American Legion Ladies Auxiliary, was an avid bingo player and enjoyed the casinos. You could hear her offering her support at many local sporting events, her family said. She was always willing to try a new adventure, like bowling, golf, skiing and bull-riding. She had a great life.

A graveside service was held on April 9 at Fishkill Rural Cemetery. Memorial donations can be made to the Food Bank of the Hudson Valley (foodbankofhudsonvalley.org), or to any local veterans agency. 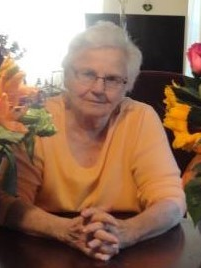 Barbara Hopper, 93, a lifelong resident of Beacon, died at her home on April 3.

Barbara was an English teacher at Rombout Middle School and Beacon High School for 30 years until her retirement in 1988. She was a parishioner of St. John the Evangelist Church in Beacon and a member of the Melzingah Chapter of the National Society of the Daughters of the American Revolution, the Dutchess Golf Club in Poughkeepsie and the Southern Dutchess Golf Club in Beacon.

Barbara’s passion was golf; she often spoke about living across from the country club when she was a youngster and would practice on the green in her bare feet, her family said. She won many a tournament, showing off her prizes. Barbara also loved to play tennis, swim and ski and was an avid reader. A very early career was rowing her father’s boat as he fished. After her retirement, Barbara also enjoyed traveling.

She was admired and respected by thousands of students she touched, her family said. Barbara would come to the baseball field to watch one of her grandsons and would end up in the bleachers, with kids all around doing homework. They would come with backpacks, ready for Barbara. One former student said: “May she rest in peace knowing she educated hundreds, probably thousands, of Beacon’s kids. Most of us will never forget her,” while another said. “She was the best teacher I ever had.”

A Mass of Christian Burial was held on April 7 at St. John the Evangelist Church in Beacon, followed by interment at St. Joachim Cemetery. Memorial donations may be made to the Hudson Valley Hospice (hvhospice.org) or the Alzheimer’s Association (alz.org). 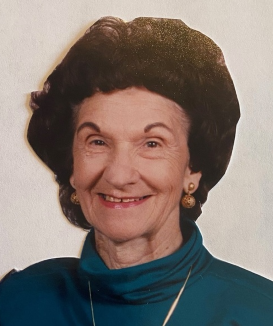 Rose Phillips, 97, a longtime Beacon resident, died April 5 at her daughter’s home in Arizona, where she had resided in recent years.

She was born in Brockway (just north of Beacon) on April 21, 1923, the daughter of Tarquinio and Anna (Capotoli) Olivieri. She was a 1941 graduate of Beacon High School and employed by Kartiganer’s until her marriage at St. John’s Church to Robert Nicholson on Nov. 24, 1946. They resided at 15 S. Brett St. until his death in 1979.

Rose was an active member of St. Rocco’s Ladies Auxiliary, from which she received a 50-year life membership. She worked as a teacher’s aide at the South Avenue, Sargent and Rombout schools.

On Sept. 12, 1987, she married Gordon Phillips, and the couple was active in the senior centers in Beacon and Glenham, going on many trips. Rose and Gordon relocated to Tucson, Arizona, in 1995. Gordon died in 2000.

Until recently, Rose was an active member of the St. Elizabeth Ann Seton Roman Catholic Church senior group. She was also an enthusiastic participant in the Countryside Heights neighborhood bunco group.

Rose was quite technologically savvy and until recently she regularly kept in touch with her large family via email. She was adept at downloading pictures and seeking out information, her family said. She enjoyed following the New York Yankees, particularly Derek Jeter, and figure skater Michelle Kwan. She was also fond of Frank Sinatra and Judge Judy, who she usually agreed with. She was a regular walker and an enthusiastic card player, especially pinochle, rummy and bunco. She also enjoyed frequent trips to the casinos.

Rose was most proud of her large family, which stretched across the country. She did not miss many events that involved her family and as recently as 18 months ago had flown back to New York for a baby shower for one of her many grandchildren, her family said.

Rose is the last of the Olivieri family of Wolcott Avenue in Beacon. Her sister, Gilda Stella, and her five brothers, Armand, Michael, Mario, Rocco and Frank Olivieri, all died before her, as did a nephew, Frank Olivieri Jr.

She is survived by her children, Christine Sutphin (Bruce) of Clifton Park; Kathleen Youngs (Howard) of Tucson; John Nicholson (Susan) of Sahuarita, Arizona; and Eileen Leith (William) of Marana, Arizona.

The family will meet at Riverview Funeral Home by Halvey in Beacon on Saturday (April 10) at 10:30 a.m., when family and friends are welcome to attend Mass at St. John the Evangelist Church in Beacon at 11:30 a.m. Burial will follow in the family plot at St. Joachim Cemetery in Beacon.

Memorial donations may be made to the Casa de la Luz hospice in Tucson (casahospice.com).

He was born on Dec. 6, 1947, in Añasco, Puerto Rico, the son of Vidal Rivera and Amparo Osuba. Jose worked as a machine operator for Tuck Tape in Beacon for more than 20 years and was president of the company’s union, Local 200-D. After his retirement, he bought and managed a small bodega in Beacon.

Jose enjoyed many things, such as cooking for his family and friends, taking care of his chickens and tending his garden, his family said. Jose was entertaining and would play dominoes and cards for hours. He loved to party and lived life to the fullest. Most importantly, he loved his family dearly, and was so very proud. In closing, as Jose would always say, “Oooh baby!”

Family and friends gathered on April 9 at Libby Funeral Home in Beacon, where a prayer service was offered. A private interment will take place later.